Cosmic evolution tells us that around 14 billion years ago a massive explosion took place which sent matter and energy reeling outward. This commonly accepted view of the creation of the universe is taught in schools and Universities around the world.

But, the religious doctrine of the Big Bang is not a theory of creation at all. It is a formation theory, speculating on the way matter behaved to form our cosmos today.

Evolutionary scientists can’t begin to reveal where the matter which forms the universe came from in the first place.

Can matter be created from nothing? If the matter was already there, why and how did it get there?

The renowned atheist, Stephen Hawking said: “Because there is a law such as gravity, the universe can and will create itself from nothing. Spontaneous creation is the reason there is something rather than nothing, why the universe exists, why we exist. The universe didn’t need a God to begin…”

However, the very fact that there ARE ordered laws and physics at work, gives reason that spontaneous creation is not a structurally sound theory. 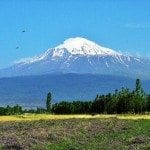 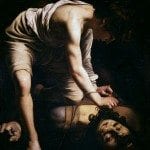