If the foundations be destroyed, what can the righteous do?

Even the famous evolutionist Charles Darwin acknowledged a Creator in the closing comments of his book “On The Origin of Species.” He says: “There is grandeur in this view of life, with its several powers, having been originally breathed by the Creator into a few forms or into one.”

But was Darwin founded? We discover in the first edition of his book the absence of the words “by the Creator”. And later he admitted: “I have long regretted that I truckled to public opinion & used (a) Pentateuchal term of creation, by which I really meant ‘appeared’ by some wholly unknown process”

THIS is the two-faced man that scientists look up to as revolutionary in his field.

Darwin noticed that birds in different situations, had differing characteristics to meet the challenge. This adaptability is known as micro-evolution. It is well known that not only humans, but every living thing is amazing at adapting to survive.

Darwin focused on this micro-change, but expounded and theorized on a MACRO-evolutionary concept that took the scientific world by storm. He guessed that if animals COULD adapt in such a way, then if you gave them enough time, perhaps a tiny sea creature could become a human.

Many people still believe this, although the more we learn about the complexity of life, the math is not on their side.

No, an amoeba will not turn into a frog, or a whale, or a man no matter how many millions of years you give it. 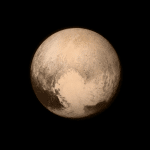