Geological folding is found all over the earth. Extreme folds and bends in the sedimentary strata, like those pictured here, are not uncommon, and many times can give us clues as to their origin.

The first consideration is that many times bends appear smooth along the fold. Take a piece of plywood. Grab it with both hands, and try to fold it in half.

The first thing you may notice, depending on the thickness of the plywood, is that it is quite difficult to even bend the plywood because the individual layers are solidified into one solid piece.

The second thing you’ll probably notice is that when it DOES fold, it’s NOT a smooth bend. If your plywood is anything like mine, it will fracture, break, and splinter when you try to fold it. The same holds true for rock. Once the sedimentary strata have lithified (or turned to rock), it will not smoothly fold over but will fracture as it bends.

The effects of the global deluge in Noah’s day, as recorded in the book of Genesis, can still be seen in geology today, in the form of “folded” rocks, bent not only under the effects of pressure or heat, but also hundreds of feet of strata folded while it all was still soft… sediment laid down rapidly in the catastrophic event of the flood. 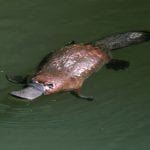 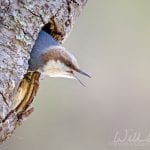