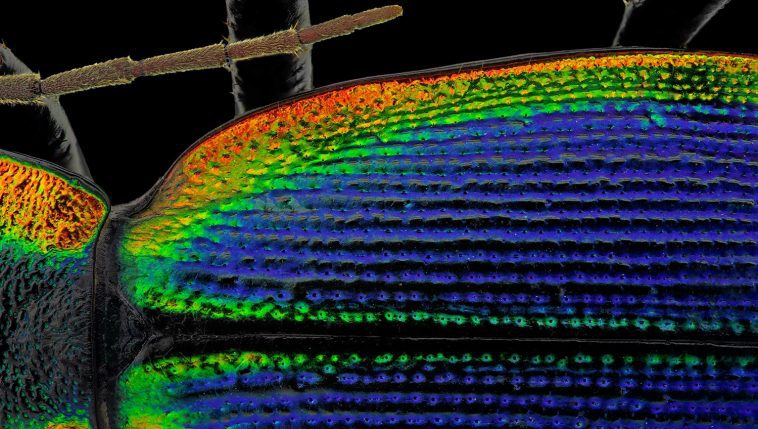 How big is a bee’s brain? Can they figure out for themselves what is wrong with some of their hive members, let alone what they need to do to slow the spread?

You will notice this report gives the credit for this ability and similar safety measures in other animals to evolution. Let’s remind ourselves of how the secularists believe evolution works: natural selection and genetic drift working on random mutations. How many quadrillion years would you need to wait before catching on that randomness has no purpose or ability to impart wisdom no matter how much magic time dust you throw at it?

Let’s give glory to their truly brilliant Designer who implanted the wisdom to protect these small creatures!

The study, published in Science Advances, demonstrated that honeybee colonies respond to infestation from a harmful mite by modifying the use of space and the interactions between nestmates to increase the social distance between young and old bees.

“Honeybees are a social animal, as they benefit from dividing up responsibilities and interactions such as mutual grooming, but when those social activities can increase the risk of infection, the bees appear to have evolved to balance the risks and benefits by adopting social distancing.”

Among animals, examples of social distancing have been found in very different species separated by millions of years of evolution: from baboons that are less likely to clean individuals with gastrointestinal infections to ants infected with a pathogenic fungus that relegate themselves to the suburbs of anthill society.

“Honeybee colonies provide an ideal model for studying social distancing and for fully understanding the value and effectiveness of this behaviour.” ~Science Daily.com

We’re talking about structures it takes a powerful microscope to even know exist here. Human artists with all our intellect and skill haven’t been able to make colors the way these bugs do. And how smart are these beetles? Not much.

It’s their Creator God who is endlessly brilliant no matter how deeply we delve into his constructive ability. It’s his work that researchers are actively seeking out to imitate and learn from!

The striking colors of many creatures in nature result from their structures at a microscopic or even nanoscopic level. A good example of this is the metallic coloring of certain beetles. Researchers have paid increased attention to understanding what causes the effects found in nature, so that they can recreate these properties in so-called biomimetic materials. A team from The University of Tsukuba has taken a very close look at the ground beetle to see what we can learn from its micro/nano structure. Their findings are published in Micron.
Nature provides us with thousands of examples of effective materials that have already been finely tuned to exhibit a wide range of properties from color to strength. It therefore makes sense for researchers to study real samples as inspiration for new developments rather than starting with a blank page. The eye-catching optical effects of certain species of butterfly and beetle, such as the ground beetle, are excellent examples…”Our POM observations, where we simultaneously used transmitted and reflected light, revealed a particular effect known as a Maltese cross in the inner layer of the wing casing”…”We hope that this new insight will contribute to the development of a variety of biomimetic materials with enhanced performance based on natural phenomena.” ~Science Daily.com

It’s always exciting when we find ways to study a living thing while it is still living and growing. We always learn things function in unexpected and amazing ways.
Now we move from creatures with minute brains to a wing in development. There is no central intelligence in a morphing butterfly’s appendage, so, the mind behind these scales has to be somewhere else. And, as you will see, these tiny structures are an engineer’s dream.

MIT engineers have captured the intricate choreography of butterfly scales forming during metamorphosis…The new visualizations also could serve as a blueprint for designing new functional materials, such as iridescent windows and waterproof textiles…
“Butterfly wings control many of their attributes by precisely forming the structural architecture of their wing scales,” says lead author Anthony McDougal, a research assistant in MIT’s Department of Mechanical Engineering. “This strategy might be used, for example, to give both color and self-cleaning properties to automobiles and buildings. Now we can learn from butterflies’ structural control of these complex, micro-nanostructured materials.”…
Researchers have tried to replicate the optical and structural properties of butterfly wings to design new solar cells and optical sensors, rain- and heat-resistant surfaces, and even paper currency patterned with iridescent encryptions to discourage counterfeiting. Knowing what processes butterflies harness to grow their scales could help to further direct this kind of bioinspired technology development. ~Science Daily.com

We should be eating more insects and using their waste to grow crops, says plant ecologist

What gardener didn’t know insects are part of the ecology of a healthy plot? Haven’t we paid attention to the goal of a Venus Flytrap? While these findings are more or less reminding us of the obvious, it’s good to think of the complex dance God built into his living world. Bugs need plants, plants need bugs.

And, once again, scientists are being forced to recognize that you can’t produce something better than God did. Our best achievements come when we assume the created world was carefully fine tuned but is now broken and warped, so our role is to help restore the original balance.

Researchers already knew that insects are an excellent source of protein for humans, but they didn’t expect to learn that they have such a positive impact on plants…When added to soil, the exuviae and frass promote both plant growth and health. Insect feces are rich in nitrogen, a nutrient that is pivotal to plant growth but is scarce in most soils; therefore, it is often added to crops in synthetic fertilizer. The insect exoskeletons are rich in chitin, a polymer that is difficult for most organisms to digest. ~Science Daily.com 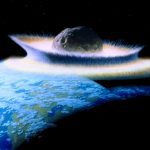