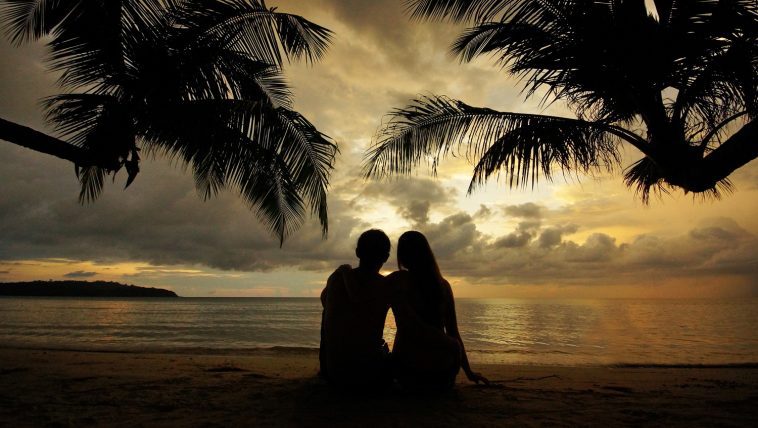 The Foundation for Marriage

But from the beginning of the creation God made them male and female.

And its parallel passage, Matthew 19:4:

And he answered and said unto them, Have ye not read, that he which made them at the beginning made them male and female.

It’s important to note that Jesus is taking this teaching directly from statements made in Genesis chapters one and two — chapters that establish our understanding of the doctrine of creation and the doctrine of man, amongst other things. Now, we’ve discussed the textual reasons to think that Jesus means to say that male and female were created “in” the beginning — not 14 billion years after the initial creation event, but six literal days.

We’ll now look at the theological “why” behind this understanding. In other words, there are good theological reasons to think that the doctrine of marriage affirmed by Jesus here is problematic for the old age view.

In his book Faith, Form, and Time, Dr. Kurt Wise writes the following:

According to Scripture, God established marriage by creating man first, then woman from him. The divine origin of marriage justifies its permanence in God’s eyes (Matt. 19:3-9) and explains why the husband is established as the head of the wife (1 Cor. 11:3-10). If old-age chronology is true, Adam and Eve (if they ever did exist) would seem to have been derived from a population of reproducing apes. The acceptance of old-age chronology would require a substantial revision of the Christian doctrine of marriage.

[Note: An assumption made in the above statement is that old age chronology necessitates taking an evolutionary position, even though this is not necessarily true within Christian circles. What Dr. Wise would want to argue in response, I believe, is that evidence for the theory of evolution is well-enough attested and in line with old age chronology that the only reasonable inference if you accept one is to accept the other. There are many good reasons for thinking that non-evolutionary old age chronology, as promulgated by organizations like Reasons to Believe (RTB), is unable to solve the contradictions, some of which can be easily seen and inferred from the forthcoming data—even if not explicitly stated.]

Dr. Wise states the issue in succinct form; however, it’d be a worthy exercise to build a cumulative case¹ highlighting the contradictions between statements in Scripture and the central dogma of evolution theory (and certain claims of old age chronology in general):

If Evolution is True, Jesus is Wrong About Creation

Since Jesus takes his teaching on marriage directly from both Genesis 1 and Genesis 2, it suggests that Jesus understood these to be literal, factual accounts. (Would Jesus base one of the most important doctrines found in Scripture — marriage — on myth?) And, since Jesus understands these to be factual accounts of history, the most reasonable method of understanding these passages is according to history — ancient history, to be specific. But when one takes this approach — the historical-grammatical approach — to understanding Scripture, one hardly arrives at any conclusions matching that of evolutionary suggestions.

Genesis 1 seems to suggest that the earth was created before the sun. But old age chronology (evolutionary or otherwise) requires that the sun had to have been created before the earth. Suggestions, of course, have been made to alleviate this problem, but none of them hold up to rigorous exegesis.² Furthermore, the only ones that might be convincing exegetically require presuppositions about the nature of Genesis that are foreign to Jesus’ thoughts about it (i.e., we couldn’t use the historical-grammatical hermeneutic), making acceptance of them nothing more than circular reasoning.

Critical scholars (and even many who profess to be evangelical) tend to regard Genesis 2 as a sort of “second” creation account in contradiction with Genesis 1. But since Jesus quotes both in basically the same breath during his conversation with the Pharisees, this suggests that he takes the accounts to be complementary, rather than contradictory.

Old age chronology requires that animals have been carnivorous for millions of years before God’s creation of Adam. But Genesis 1 — which Jesus has affirmed to be historical by basing his doctrine of marriage on it — suggests that animals were created as herbivorous creatures (see Genesis 1:29-30). Strangely, Dr. Hugh Ross (the highly respected figurehead behind the RTB organization) wants to affirm that humans were herbivorous per Genesis 1:29, but in the very next breath, wants to deny that animals were herbivorous despite the fact that the next verse—Genesis 1:30—affirms it.³

Genesis 2 recounts Adam naming all of the land animals and birds. However, if old age chronology is true, there are an estimated 50 billion extinct organisms (representing at least 250,000 species) that Adam never had the chance to name.

Finally, in the Noachian Flood account of Genesis 6-9 (another historical event affirmed by Jesus in Matthew 24:37), we find that all land animals at the time had a representative on the ark, but again, this can’t be true on old age theory since the above point notes the existence of hundreds of thousands of species that would not have been on there.5

Perspicuity requires that we take Jesus consistently, lest we find ourselves lost in a sea of confusion, unsure of what the Bible actually intends to teach. And when we do so, it hardly seems plausible that Jesus would speak so confidently of, and form doctrine by, his understanding of the role of humanity in Genesis 1 and 2 and at the same time deny these other teachings from the same passages and portions of Scripture which are stated with equal lucidity. 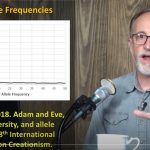 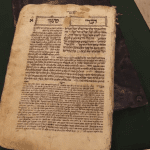