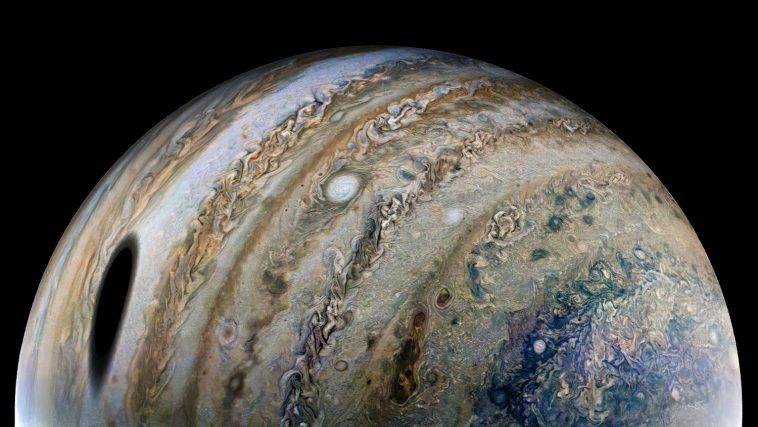 Years ago, I was editing an elementary-level science text, and I ran across a statement that didn’t make much sense to me. The author said that Jupiter acted as a “shield,” protecting earth from comets that could hit it. I am not an expert in orbital mechanics, but I couldn’t understand how that would work. It’s true that Jupiter is quite massive; therefore, its gravity would tend to attract comets towards it. However, it seemed to me that its gravity could just as easily attract comets toward the inner solar system (where the earth is) as deflect them away from it. Thus, I didn’t see how Jupiter could do what the author suggested.

So I did a little research, and I found a paper from 1995 that seemed to support the author’s contention. The focus of the paper was the hypothetical formation of gas giant planets like Jupiter, but one thing it noted was:¹

…terrestrial planet systems physically similar to ours may be abundant but hazardous unless protected by gas giant planets.

This seemed to support the idea that Jupiter “protects” earth from comets, so I didn’t suggest any changes to the author’s statement. However, I still avoided making such a statement in my own textbooks (as least I think I did), because the physics of the claim still did not make any sense to me.

Well, yesterday I attended two lectures by Dr. Kevin R. Grazier at Anderson University, where I am an adjunct member of the faculty. Dr. Grazier is a planetary scientist at NASA’s Jet Propulsion Laboratory, but that’s not why I wanted to listen to his lectures. He is also a science consultant for television shows and movies, and I wanted to learn more about how that works. I have served as an unofficial science consultant for one yet-to-be-produced screenplay, but I was really interested to learn how the process works in productions that are actually being made.

The more he talked about his experiences, the more interested I became because I learned that he has consulted for some of my favorite television shows. He was the science consultant for Eureka, Defiance, Falling Skies, and the reboot of Battlestar Galatica.

Aside from the first series (which I never really got into), those are some of my favorite television shows! In fact, had Battlestar Galatica ended more reasonably, I would probably call it the best science fiction series that has ever been on television. Because of its awful ending, however, I rank it just under Babylon 5, which every science-fiction fan should watch in its entirety. He also was the science consultant for Gravity (one of the more scientifically-accurate space movies) and will soon start working on Pirates of the Caribbean: Dead Men Tell No Tales.

While his experiences with films and television shows were fascinating, and while he did confirm my thoughts regarding “sci-lebrities” Bill Nye and Dr. Neil deGrasse Tyson, it was something he said about his scientific research that inspired this post.

During the first lecture, in sort of an offhanded way, he said:

Have you heard that Jupiter protects the earth from comets? It’s rubbish.

He then went on to cite a recently-published paper of his² that supports his claim that the whole idea is wrong. Because I was skeptical of the idea to begin with, I came home and read his paper, and I have to say, I find it very convincing. Even though the paper uses a naturalistic model for the formation of the solar system (which has a wealth of problems), the orbital mechanics used are quite reasonable, and they demonstrate:

Clearly, Jupiter alone is not an efficient defender of the inner Solar System from comets originating in the outer Solar System; as these simulations showed, it likely shunts as many comets toward the terrestrial planets as it deflects away.

Now he does point out that in this naturalistic model, Jupiter may, indeed, play a role in making life possible for earth. One of the many, many problems associated with forming an earth-like planet in a naturalistic way is the presence of so much water. Based on how the earth is thought to have formed, its very early stages would be so hot that a lot of the water on the planet would have vaporized and drifted into space. However, we know that there is a lot of water on earth now, so the question becomes, “How did it get here?” One favored hypothesis is that lots of comets or other water-laden materials from space impacted earth, delivering water to it that way. While I am skeptical of the hypothesis, Grazier’s paper suggests that Jupiter could have actually helped promote that process.

Regardless of whether or not this paper helps to solve the “water problem” associated with a naturalistically-formed earth, it definitely casts strong doubt on the idea that Jupiter plays a role in protecting the earth from comets. 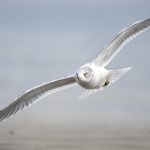 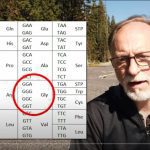