And God said, Let there be light: and there was light. Genesis 1:3

There are some Christians who don’t believe God meant Genesis chapters 1 and 2 actually happened as He tells us. They believe God was just writing beautiful poetry to express the slow evolution of creation.

One of the reasons some say the days of creation couldn’t have happened the way God tells us is because light was created on Day One, but the sun wasn’t created until Day Four. They can’t believe God would be able to produce light without a natural source.

But is this the only time God talks about light without sun or fire?

And the LORD went before them by day in a pillar of a cloud, to lead them the way; and by night in a pillar of fire, to give them light; to go by day and night: Exodus 13:21

This was no ordinary fire. There was nothing under it that was being burned up. After the Tabernacle was put up, the pillar spent all its time right above the Tabernacle, but the tent was never harmed (Exodus 40:38). 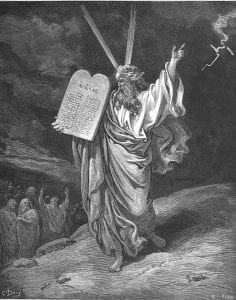 And it came to pass, when Moses came down from mount Sinai with the two tables of testimony in Moses’ hand, when he came down from the mount, that Moses knew not that the skin of his face shone while he talked with him. Exodus 34:29

This verse tells us a very interesting thing about what happens to people when they spend time around God. Their exposed skin glows! Later in the chapter Moses tells how he covered his face so he wouldn’t scare the people around and it took some time (days or even weeks) for his skin to get back to normal.

There are people who think this happened with Adam and Eve before the Fall as well. Either way, we know people can shine without the sun, just from being near God.

God Himself glows like a rainbow. There are four verses in the Psalms that talk about God shining on His people (Psalm 67:1; 80:3,7,19). Daniel prayed that God would shine on His sanctuary in chapter 9:17. If anyone still doubts that God meant to give us the idea that He glows very brightly have a look at this passage:

And the city had no need of the sun, neither of the moon, to shine in it: for the glory of God did lighten it, and the Lamb is the light thereof.  And the nations of them which are saved shall walk in the light of it: and the kings of the earth do bring their glory and honour into it.  And the gates of it shall not be shut at all by day: for there shall be no night there. Revelation 21:23-25

Unless you are willing to say the New Jerusalem that lasts forever is just a beautiful poem trying to describe what God actually meant, this is plain as day. Only a small, weak god would need to first create a sun before it could make light. Just like only a small, weak god would have to use something so painful and wasteful as evolution to make the world we see around us.

Thank God He is actually great and mighty. His power is without limits. All Jesus had to do was speak the word and it was. Light, land, life are all perfectly planned from His mind straight to being real around and in us! 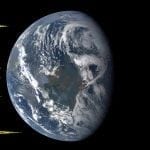 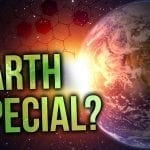