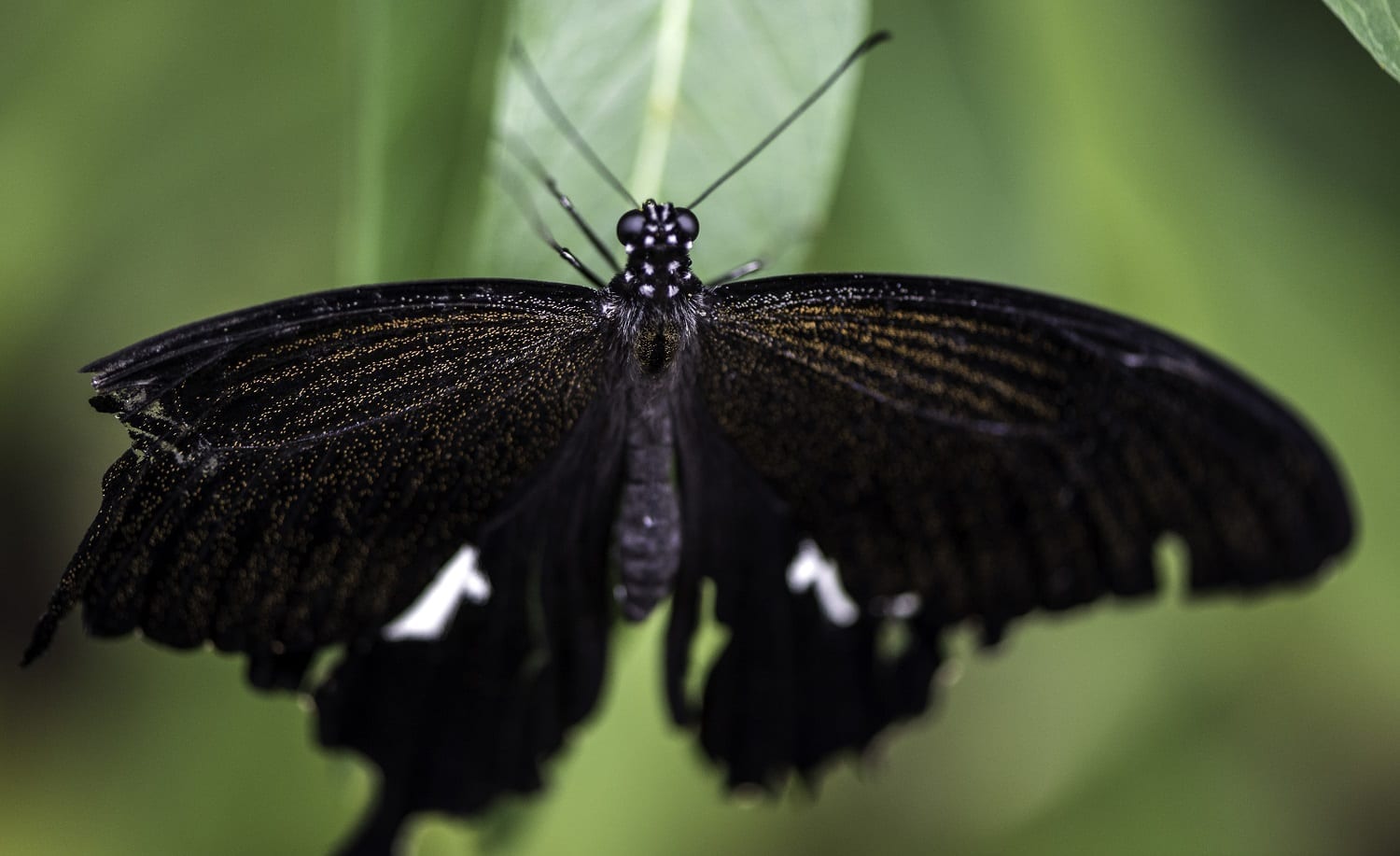 To make ultra-black materials that won’t weigh things down, consider the butterfly

Imagine a material 10x to 100x deeper black than charcoal, a new road, or even black velvet. And it manages to absorb this much light in a depth of only a few microns! This is what God has designed into the butterfly’s wings!

“As little as 0.06% of the light that hits them is reflected back to the eye. That approaches the blackest black coatings made by humans to help solar panels absorb more energy from the sun, or that line telescopes to reduce stray light. Yet they achieve this light-trapping effect using wing scales that are only a few microns deep, just a fraction as thick as the blackest synthetic coatings… Butterfly wings may look smooth to the naked eye. Up close it’s a different story. Magnified thousands of times, butterfly wings are covered in scales with a mesh-like surface of ridges and holes that channel light into the scale’s spongy interior. There, pillar-like beams of tissue scatter light until it is absorbed…

“This 3-D architecture is so good at swallowing light that the ultra-black scales still looked black even when coated with gold… But what makes butterflies interesting, the researchers say, is they rival the best light-trapping nanotechnology, using structures that are only a fraction as thick. Ultimately, the findings could help engineers design thinner ultra-black coatings that reduce stray light without weighing things down, for applications ranging from military camouflage—for stealth aircraft that can’t be seen at night or detected by radar—to lining space telescopes aimed at faint, distant stars.” [Emphasis added.]

It looked designed, perhaps it had a purpose!

“Using scanning electron microscopy, the team from Bristol’s School of Biological Sciences discovered that the thorax scales of the moths Antherina suraka and Callosamia promethea looked structurally similar to fibres that are used as noise insulation, so wanted to explore whether the thorax scales of moths might be acting in some way to absorb the ultrasonic clicks of bats and dampen the echoes returning to the bat, offering the moths a type of acoustic camouflage…

“We were amazed to see that these extraordinary insects were able to achieve the same levels of sound absorption as commercially available technical sound absorbers, whilst at the same time being much thinner and lighter… We are now looking at ways in which we can use these biological systems to inspire new solutions to sound insulating technology and analyse the scaling on a moth’s wing to explore whether they too have sound absorbing properties.”

Scientists knew what they wanted to do, and they had a good guess the design built into a butterfly’s wing could help them develop a quality product. And, wouldn’t you know, mimicking God’s design worked!

“Engineers have developed a small, mirrored chip that helps to produce dark-field images, without dedicated expensive components. The chip is slightly larger than a postage stamp and as thin as a credit card. When placed on a microscope’s stage, the chip emits a hollow cone of light that can be used to generate detailed dark-field images of algae, bacteria, and similarly translucent tiny objects…

“The design for this third layer was inspired by the microscopic scale structure in the wings of the Papilio butterfly. “The butterfly’s wing scales feature really intriguing egg crate-like structures with a Bragg mirror lining, which gives them their iridescent color,” Chazot says. The researchers originally designed the chip as an array of miniature laser sources, thinking that its three layers could work together to create tailored laser emission patterns.” [Emphasis added]

These two insects share a common Designer after all, so these scientists are wise to look to their design to speed up our tech development.

“A paper recently published in Current Biology, led by University of Minnesota researchers, shows that despite the distinct hunting strategies of dragonflies and damselflies, the two groups share key neurons in the circuit that drives the hunting flight…

“These findings could inform where to mount cameras on drones and autonomous vehicles, and how to process the incoming information quickly and efficiently.”

Beating the heat in the living wings of butterflies

We’ve realized a butterfly functions best in a small temperature range. And, guess what, they also are equipped with the ability to detect and adjust their flight patterns to maintain the conditions they need. We are now doing all we can to study how these insects accomplish this so we can apply their design to our own flying vehicles.

“A new study from Columbia Engineering and Harvard identified the critical physiological importance of suitable temperatures for butterfly wings to function properly, and discovered that the insects exquisitely regulate their wing temperatures through both structural and behavioral adaptations [read: designs]…

“Each wing of a butterfly is equipped with a few dozen mechanical sensors that provide real-time feedback to enable complex flying patterns,” Yu says. “This is an inspiration for designing the wings of flying machines: perhaps wing design should not be solely based on considerations of flight dynamics, and wings designed as an integrated sensory-mechanical system could enable flying machines to perform better in complex aerodynamic conditions.”

Thinking like a moth can help make our own AI more intelligent.

“The flight navigation strategy of moths can be used to develop programs that help drones to navigate unfamiliar environments, report researchers…To understand how real moths plan their route, the researchers mounted 8 hawk moths (Mantuca sexta) on metal rods connected to a torque meter. In front of each moth they projected a moving forest scene created from beams of light for the moth to navigate. They captured data from the moth flight and built a mathematical model to describe the moth trajectory through the virtual forest. The flight data were translated into a decision-making program that could be used to control a drone.”

Editor’s note: These insects are clearly unable to have achieved such a design from their own brilliance. And it is even more bizarre to suggest random mutations and environmental pressures could ever be capable of cobbling together such a material. Let us rightly honor their real Designer with the worship he is due for his incredible brilliance!

Ah Lord GOD! behold, thou hast made the heaven and the earth by thy great power and stretched out arm, and there is nothing too hard for thee: (Jeremiah 32:17 ) 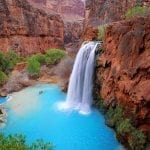 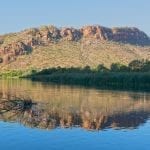