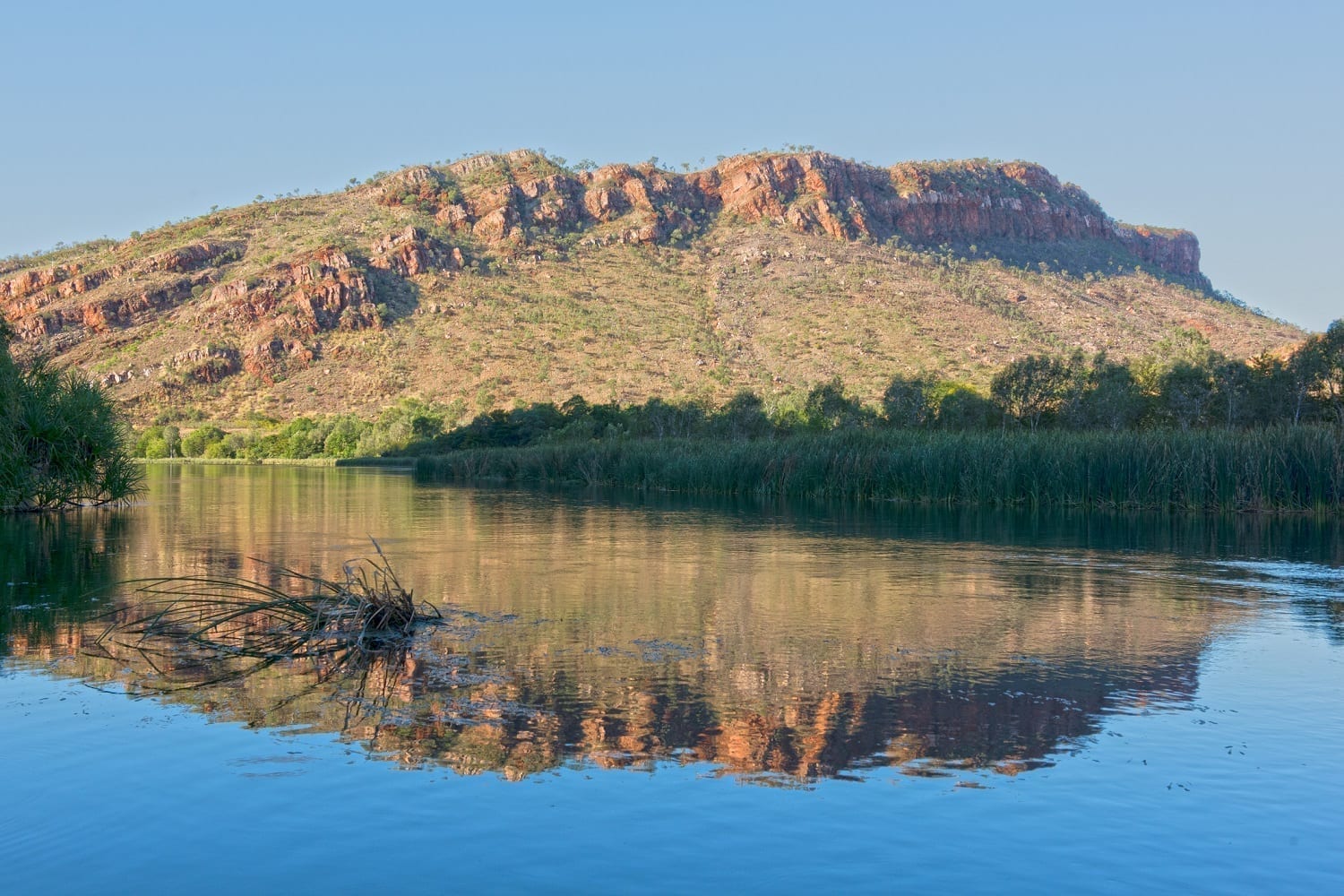 The adjacent figure is a small extract from a geological map of the area around Kellys Knob, Kununurra, Western Australia. Whenever I visit a new area, I spend much time poring over geological maps, which are available free as images on the web. This extract omits much information available on the full-sized map.

The width of the extract is approximately 10 km. The light colours, yellow, ivory, and brown, represent the wide, flat valley of the Ord River, which is composed of sand, soil, and alluvium. The purples represent the rocks that make up the hills in the area.

Notice that Kellys Knob has a fault running north-south through it, meaning the right side of the hill has been displaced from the left side of the hill. Notice too that the right side of Kellys Knob is a different colour from the left indicating a different type of rock on the left side at the bottom of the hill. There is a similar elongated hill at the bottom of the map. This is known locally as Elephant Rock or as The Sleeping Buddha. The rocks on the right are Kellys Knob Sandstone and those on the left have the same colour with the symbol Cla (the C has a line – through it), which stands for Cambrian Lower Antrim Plateau Volcanics. This is described as basalt.

When I was at Kununurra, I checked the rocks at the bottom of the hill, and they were indeed basalt (geologists always use the work of other geologists, but check!). What I remembered of the Antrim Plateau Volcanics is that they are part of a LIP—a Large Igneous Province. There are many such volcanic provinces in the world. (See volcanoes.)

The dotted line in figure 2 shows the geographical extent envisaged for the Kalkarindji flood basalt. It is enormous. It covers almost all the Northern Territory, extends slightly into Queensland and South Australia, plus it covers about a third of Western Australia. It is composed of the following volcanic units, which have been separately named and explored. These are shown in black on the figure: Antrim Plateau Volcanics, Millwindi Dolerite Dyke, Nutwood Downs Volcanics, Helen Springs Volcanics, Peaker Piker Volcanics, Colless Volcanics, Boondawari Dolerite, Table Hill Volcanics, and an unnamed province in S-E Northern Territory.

The Antrim Plateau Volcanics is one of a number of such volcanic provinces in the north of Australia. These have been linked together and labelled the Kalkarindji Continental Flood Basalt Province (CFBP figure 2). “Flood” means that the molten basaltic lava flooded across the area in such an enormous volume that it did not have time to solidify before it flowed across the area. “Continental” means they envisage the basaltic lava flowed over the continent in the open air, not under water.

The maximum thickness of the basalt outcrops is 1,500 metres south of Kununurra in NE WA. The outcrop thickness is much less in some of the other provinces: 37 metres to 122 metres.

From other geological maps of the area, we can see that there would have been kilometres of sediment deposited on top of the volcanics. We have seen this some of this sediment at Kellys Knob. In other words, the whole area has experienced an enormous amount of erosion, removing much of this subsequent sediment and leaving erosional remnants (e.g. Kellys Knob, Mirima National Park). This erosion would have occurred when the waters of Noah’s Flood covered the whole area, and as they drained.

This erosion would also have affected the flood-basalt deposits. We can see from figure 2 how the black areas representing the volcanic basalt outcrops are isolated from each other across the continent and that there are many smaller basaltic erosional remnants.

The Kalkarindji Continental Flood Basalt Province is one of the largest LIP in the Phanerozoic in the world. (The Phanerozoic is the sedimentary layers that contain all the fossils, as opposed to the Precambrian.) These LIPs are so large that they challenge the uniformitarian assumption that geological processes in the past were similar in nature to what we see happening today. We do not see these sorts of volcanic eruptions occurring today.

From previous application of the biblical geological model I would interpret this volcanic eruption as occurring as the waters of Noah’s Flood were rising. It would have been caused by a major crustal movement during the Flood. There was still lots of sediment to be deposited in the Flood, including the Mesozoic sediments that comprise the Great Artesian Basin and the abundant fossils of dinosaurs. This sediment as well as the basaltic deposit was subsequently eroded by the floodwaters.

I do not think the interpretation of “continental” emplacement would reflect the actual depositional environment during Noah’s Flood. Rather, I anticipate that the basalt was emplaced with lots of water involved. Firstly, I would expect to find evidence of basalt-sediment interaction in the form of peperite, a rock formed when the lava and sediment were being deposited at the same time. I have not seen reports of peperite for Kalkarindji but I have seen reports of sediment being incorporated within the basalt flows.

I would also expect to find other examples of watery interaction, such as pillow basalts. However, these would be rare because the emplacement rate was so high, but they can form in certain locations, such as the periphery of a major lava flow (see article on Columbia River Basalt in n-w USA in the section Subaerial or subaqueous). I would be on the outlook to find such features. 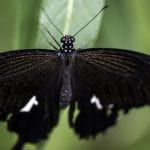