Perhaps one of the most recognized constellations in the night is Ursa Major, with its easy to find “Big Dipper”. Within this region of bright stars we find the spiral galaxy known as Messier 101 or the Pinwheel Galaxy.

While it takes a fairly large telescope as well as dark skies to view, the Pinwheel is quite an impressive galaxy.

M101 was first discovered by the French astronomer and surveyor Pierre Mechain in 1781 who later reported his findings to Charles Messier. Charles Messier added the galaxy as the 101st object to his famous catalogue, thus the title: Messier, or M101.

It’s very large, and believed to be twice the size of our own Milky Way. At an estimated 25 million light years away, a trip to M101 would take over 400 billion years… even traveling at the speed of our fastest spacecraft.

In photographs of this beautiful creation, we notice that the Pinwheel’s rings are not symmetrical all the way around the nucleus or center of the galaxy.

Another galaxy known as NGC 5474, is of particular interest because it has the closest proximity to The Pinwheel Galaxy in the M101 group. Some people believe that this galaxy may have played a part in the asymmetrical shape of the Pinwheel due to its gravitational pull.

These galaxies are just two examples of the creative power of God in the vast expanse of the universe.

Our tiny, seemingly insignificant position on a little rock called Earth is so much more special than these other grand galaxies: “For God so loved the world that He gave His only begotten Son, that whosoever believeth in him should not perish, but have everlasting life.” 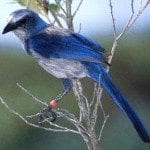 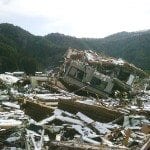