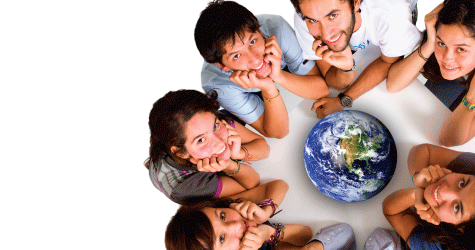 Man Has Been on Earth Since…

According to evolution, man is a “Johnny-come-lately.” He is a newcomer to planet Earth, far removed from the origin of the Universe. If the Universe was born 14 billion years ago, as many evolutionists, theistic evolutionists, and progressive creationists believe, man did not “come along” until about 13.996 billion years later. If such time were represented by one 24-hour day, and the alleged Big Bang occurred at 12:00 a.m., then man did not arrive on the scene until 11:59:58 p.m. Man’s allotted time during one 24-hour day would represent a measly two seconds.

If the Bible ever taught, either explicitly or implicitly, that man was so far removed from the origin of the Universe, a faithful, Bible-believing Christian would have no reservations accepting the above-mentioned timeline. Just as a Christian is expected to believe that God parted the Red Sea (Exodus 14), made an iron ax head float on water (2 Kings 6:5), and raised Jesus from the dead (Matthew 28:1-8), he would need to accept that humans appeared on Earth billions of years after the beginning of creation—if that was what the Bible taught. The problem for theistic evolutionists and progressive creationists is, God’s Word never hints at such a timeline. In fact, it does the very opposite.

Jesus taught that “the blood of all the prophets…was shed from (“since”—NASB) the foundation of the world…, from the blood of Abel to the blood of Zechariah who perished between the altar and the temple” (Luke 11:50-51, emp. added; cf. Luke 1:70). Not only did Jesus’ first-century enemies murder the prophets, but their forefathers had slain them as well, ever since the days of Abel. Observe that Jesus connected the time of one of the sons of Adam and Eve (the first couple on Earth, created on day six of Creation—Genesis 1:26-31) to the “foundation of the world.” This time is contrasted with the time of a prophet named Zechariah, whom, Jesus told His enemies, “you murdered between the temple and the altar” (Matthew 23:35, emp. added). Zechariah was separated from the days of Abel by thousands of years. His blood was not shed near the foundation of the world; Abel’s was. Certain early martyrs, including Abel, lived close enough to Creation for Jesus to say that their blood had been shed “from the foundation of the world.” If man arrived on the scene billions of years after the Earth was formed, and hundreds of millions years after various living organisms like fish, amphibians, and reptiles came into existence (as the evolutionary timeline affirms), how could Jesus’ statement make any sense? Truly, man was not created eons after the foundation of the world. Rather, he has been here “from the foundation” of it.

In the epistle to the Christians in Rome, the apostle Paul also alluded to how long man has been on the Earth. He wrote: “For since the creation of the world His invisible attributes are clearly seen, being understood by the things that are made, even His eternal power and Godhead…” (Romans 1:20, emp. added). Who on Earth understands the eternal power and divine nature of God? Man (NOTE: Although some might suggest that angels can understand God’s invisible attributes, the context of Romans 1:18-32 clearly is referring to humans, not angels.) How long has man been aware of God and His invisible attributes? “Since the creation of the world.” How, then, could man logically have been “perceiving” or “understanding” God “since the creation of the world” (emp. added), if he is separated from the creation of “the heavens and the earth, the sea,” and so many of the animals (like trilobites, dinosaurs, and “early mammals”) by millions or billions of years (as evolutionary theory advocates)? Such a scenario completely contradicts Scripture.

Gap theorists and day-age theorists who propose that billions of years of time preceded the creation of Adam and Eve need to give serious thought to the many Bible passages that teach otherwise. The Bible is not silent regarding our origins. God Almighty created the Universe (and everything in it) simply by speaking it into existence. He said, “‘Let there be light’; and there was light’” (Genesis 1:3).

By the word of the Lord the heavens were made, and all the host of them by the breath of His mouth… Let all the earth fear the Lord; let all the inhabitants of the world stand in awe of Him. For He spoke, and it was done; He commanded, and it stood fast (Psalm 33:6,8-9, emp. added).

The same God Who turned water into wine in only a moment of time (without dependence on time laden naturalistic processes like photosynthesis; John 2:1-11), “the God Who does wonders” (Psalm 77:14), spoke the Universe into existence in six days.

Had God chosen to do so, He could have spent 6 billion years, 6 million years, or 6 thousand years creating the world. Had He given any indication in His Word that lengthy amounts of time—millions or billions of years—were used in order for naturalistic processes to take over during Creation, we could understand why Christians would believe such. However, God has done the very opposite. First, He revealed that the heavens and the Earth are the effects of supernatural causes (thus contradicting the General Theory of Evolution). Second, He gave us the sequence of events that took place, which further contradicts evolutionary theory (e.g., the Sun and stars were created after the Earth, not before—Genesis 1:14-19; birds were created before dinosaurs, not after—Genesis 1:20-23). What’s more, He told us exactlyhow long He spent creating. Genesis one reveals that from the creation of the heavens and the Earth to the creation of man He spent six days. On two occasions in the very next book of the Bible, He reminds us that the Creation took place, not over 6 eons of time, but over a period of six days: “For in six days the Lord made the heavens and the earth, the sea, and all that is in them, and rested the seventh day” (Exodus 20:11; cf. 31:17). He then further impressed on Bible readers that man is not 14 billion years younger than the origin of the Universe, by referring to him as being on the Earth (1) “from the beginning of the creation” (Mark 10:6), (2) “since the creation of the world” (Romans 1:20), and (3) “from the foundation of the world” (Luke 11:50).

Truly, just as God has spoken clearly on a number of subjects that various “believers” have distorted (e.g., the worldwide Noahic Flood, the return of Christ, etc.), the Bible plainly teaches that God, by the word of His mouth, spoke the Universe and everything in it into existence in six days. 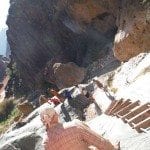 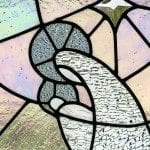