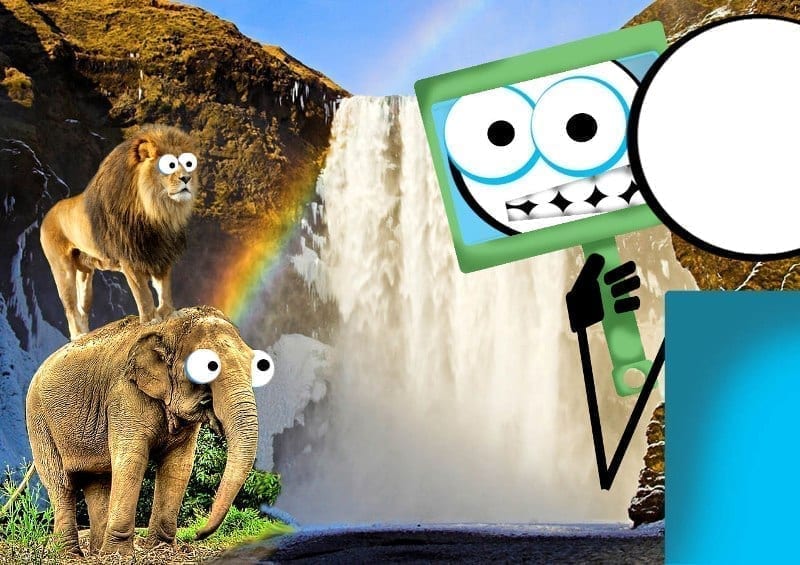 There was once a group of philosophers having dinner together, one of whom was a Christian. The others asked him, “If someone were to ask you for proof that God exists, what would you say?”

He considered for a moment, and then said, “I would take him into my garden, and I should show him the flowers, and trees, and insects, and the fish in my pond.” And then he went back to eating.

“That’s it?” his friends asked. “That’s all you would say? What if he looked around at your garden and said he still did not believe that there was a God?”

So get on your boots and grab some bug repellent, because today we’re venturing out into nature to take a look around! If you see a bear, STAY IN THE CAR.

I’ve already shown you in the Kalam Cosmological argument that the entire universe can be used as proof for the existence of God. Now I’m going to bring the search closer to home, to a little planet I like to call, “earth.”
This argument is not as philosophically air-tight as my previous arguments. This one should simply make sense. We hold these truths to be self evident. Well, I do anyway, and I invite you to do the same.

There are two things you need to be on the look out for today—First, REALLY BIG things. Second, really small things. The first ones will be easier to find. Let’s start there:

Psalm 19:1-2 The heavens declare the glory of God;
the skies proclaim the work of his hands.
Day after day they pour forth speech;
night after night they reveal knowledge.

The heavens are a nice big place to start, since you don’t need to travel far to see them. When we look up into the vast, endless black and see the billions of stars, I think we all have the same first thought: “If I had a dollar for each one of those…!” But soon we get to thinking about the vastness of space, and it makes us feel really small.

Let me give you some idea of how small 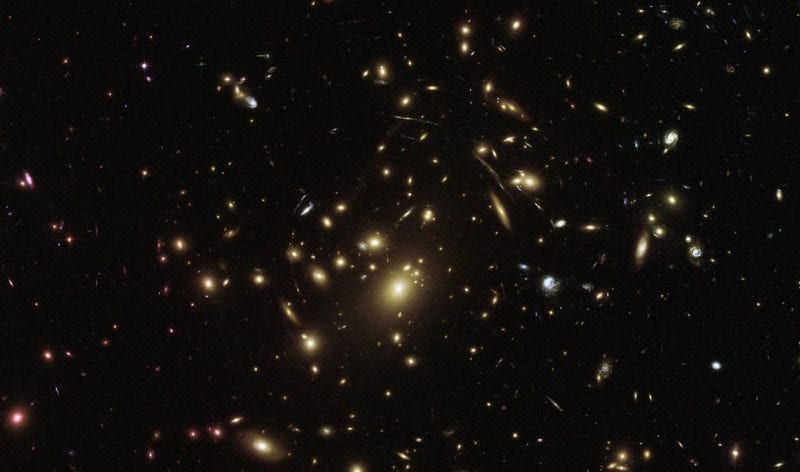 First, look at the room you are in (This would work even if the room is Super Walmart).

Do you see where I’m going with this? Odds are you think you need to lose weight, when in fact you are already immeasurably tiny! Go ahead and have that donut! The universe will never know the difference!

Watch big waves crash on your favorite beach. Try and climb a mountain, or just try and drive around one. All of these common, natural things will do the trick. Their majestic bigness touches our soul with the reminder of our smallness.

No one ever stands before the Grand Canyon and says, “This is HUGE! Which reminds me, I’m totally awesome!”

No one watches lightning crash around a tornado and says, “This just goes to show how important I am.” Important or not, you wind up in the basement praying that God saves you from an unscheduled trip to Oz.

And we love to feel awed by nature! Everyone loves to stand before great majestic mountains and feel small. We love to watch waves crash on an endless ocean.
This is why we vacation in California and not in Iowa. No one says, “I have two weeks off, and I’m going to spend them somewhere FLAT! Give me featureless plains with NOTHING blocking my view of that horizon! Endless miles of corn, and one tree. THAT is my idea of paradise!”

I’m fairly certain that the title of the movie “Field of Dreams” was sarcasm.

When you consider the wonders of nature, it’s no strange thing that many cultures have been nature worshipers. Nature was designed to show the glory of God. Some people have simply mistaken the self-portrait for the artist.
The apostle Paul says this in Romans chapter 1, “For since the creation of the world God’s invisible qualities—his eternal power and divine nature—have been clearly seen, being understood from what has been made, so that people are without excuse.”
It’s not a good mistake to make, but when you think about it, it kinda makes sense. There is something in nature which makes us all feel the need to worship. It’s just wiser to worship the Creator than his creation. For one thing, unlike the Creator who loves you, the creation isn’t listening. Besides that, much of it will just kill and/or eat you.
So, it makes a lousy god.

The study of the really tiny

is a branch of science which is still working to peer deeper into the depths of the universe. 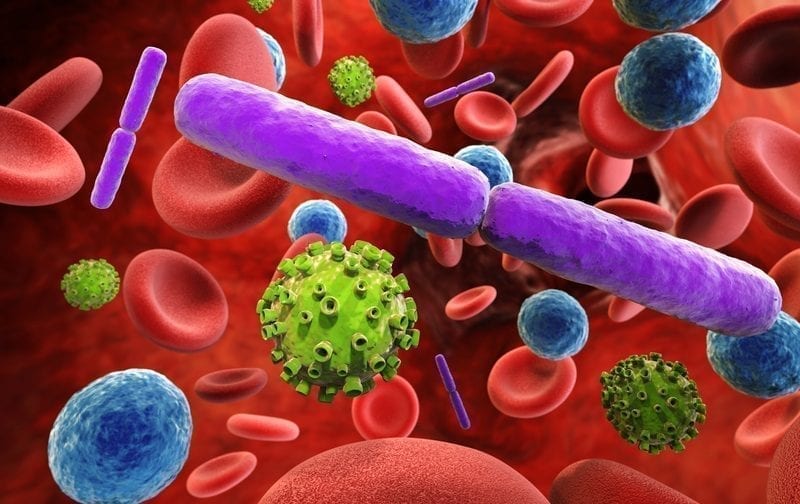 Back in the day (June 20th, 1896) people knew that all life was made of cells, but they didn’t know what a cell was. Under the microscope they saw a light blob with a dark blob inside it. They thought it was like a tiny chunk of Jell-o with a single piece of fruit floating in it. Nothing could be further from the truth!
Each cell is in fact an amazing set of machinery which rivals the most advanced factory! Imagine a completely automated car factory which can not only produce cars, but can replicate itself into two identical and functional factories in only a few hours. That is what each of your one trillion of cells is like. If that doesn’t impress you, I don’t know what will.

For a really good explanation of how complex some of this stuff is, check out “Darwin’s Black Box” by Michael Behe. Among others things, Behe shows how the machinery driving a bacteria is like an outboard motor, only more efficient and powerful. Although, if you have a twenty foot fishing boat, you will want more than bacteria pushing it. You won’t catch a lot of fish that way. You’ll probably catch some horrible disease instead.

The amazing complexity of life on the scale of the tiny is made of machines which rival anything mankind has yet produced, and this includes the internet, the Wii, the i-Pod Touch, and Hot Pockets. As Paul and the Psalms point out, nature speaks for itself.

You don’t need to get that small to find amazement 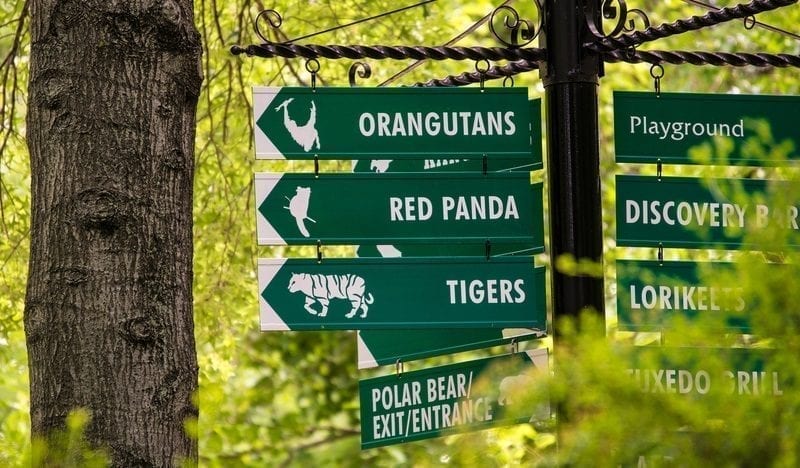 Study any of your local animals! An ant can lift 50 times its own weight. A spider’s web is stronger than steel, which you can testify to if you’ve tried to do some spring cleaning. Bunnies can sleep with their eyes open, try that sometime, it’s not as easy as it sounds. The wonders of creation are endless!
For details, see your local library, zoo, or pet store.

In the future, I will devote some time to explaining how Darwinian Evolution fails to explain life as we know it. It’s a LOT to sum up.  For right now let me paraphrase everyone’s favorite Atheist poster child, Richard Dawkins from his book, “The God Delusion”:

In other words—the universe and especially life contains amazing design and information. Dawkins will then spend a great deal of time and effort making weak and insufficient arguments to try and deny what he has just admitted was the most natural explanation.

So why can’t Dawkins see the obvious? Why does he choose a LESS obvious conclusion? Because there are some ideas that are SO absurd that it takes a PhD to believe them.

The best resources on the science of Creation and the scientific evidence against evolution come from the huge collection of online articles and videos at Answers in Genesis, founded by Ken Ham.

As a brilliant philosopher, Peter Kreeft, once said,

“There is the music of Johann Sebastian Bach, therefore there must be a God. Either you get that or you don’t.”

Nature is the same. I recommend a trip to the zoo, or your favorite national park. If you look around, I promise you’ll see the fingerprints of God. If you don’t, do yourself a favor- look closer (but keep a safe distance from spiders, bears, and raccoons). 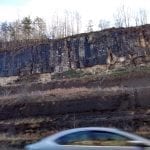