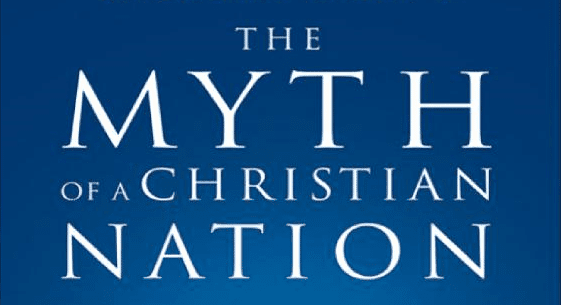 This book is filled with an enormous amount of insight and truth. It contains some nonsense as well, but overall, it is well worth the read. The author’s thesis is that it is IMPOSSIBLE for ANY nation to be a “Christian” nation, as worldly governments cannot possibly work the way the Kingdom of God works. Essentially, the author says, the Kingdom of God is simple – Love the Lord, and love others more than yourself. That’s it. No compromise. The Kingdom of the World, however, is exceedingly complex, with all sorts of compromises and tradeoffs. Because of that, you simply cannot say that ANY nation operates as a “Christian” nation. In addition, because the Kingdom of the World is so complex, Christians who use their Christianity to inform their politics can end up falling along all parts of the political spectrum. On these two points, the author is absolutely correct.

Probably his best point in this regard comes on pages 62 and 63, when he discusses the disciples known as Simon the Zealot (not Simon Peter) and Matthew the tax collector. The author keenly describes how these two were at COMPLETE OPPOSITE ends of the political spectrum, yet they both ministered with Jesus. In fact, the author states:

In fact, they were so opposite that Simon’s association with the zealot movement means that he at least tacitly accepted the idea that it was okay to ASSASINATE tax collectors (like Matthew). Nevertheless, these two men worked side-by-side with Jesus, and there is no indication in Scripture that their diverse political views presented any kind of a problem. If the band of disciples could have representatives from such diametrically opposed political factions, can’t today’s American church have both Democrats and Republicans? Clearly the answer is, “Yes.”

But what about issues such as the sanctity of life? How can a Christian possibly vote pro-choice? The author provides a powerful discussion of this on pages 144-146, in a section called “Being Pro-Life Kingdom Style.” The short version of the story is that an older woman (“Dorothy”) befriended a younger woman (“Becky”) who later became pregnant. Becky was going to have an abortion because she knew that her (supposedly) Christian parents would throw her out of the house, and she shared this with Dorothy. Dorothy convinced Becky to have the baby by telling her that she (a woman of small means) would take Becky in and support her financially if her parents were as unloving as Becky suspected. Her (supposedly) Christian parents did throw her out of the house, and Dorothy made good on her promise. Not only did she house Becky and help with the expenses, she provided child care so that Becky could finish school and become a veterinarian. Now…Dorothy votes pro-choice, but she probably did more for the sanctity of life by taking Becky in than most of us “ardent pro-lifers” have ever done. As the author ends the section:

Dorothy sacrificed (bled) time, money, and in fact, a huge chunk of her life to be REALLY pro-life. I agree with the author that Dorothy tells us more about what it means to be pro-life than does any “pro-life” political activist who has never sacrificed personally in order to save a baby.

The author’s larger point is that by associating Christianity with the United States and its laws, you not only cheapen Christianity, you do immeasurable harm to the witness of Christianity. Once again, the author is right on the money. As he clearly points out, Christianity has NOTHING to do with “tweaking” the laws so that a country is “more moral.” In an incredibly insightful moment (pp. 73-74), the author explains his idea of why the Devil tempted Christ with the offer of putting all the worldly kingdoms at His feet (Luke 4:6-8). He said that this could have tempted Jesus if the Devil had shown how immoral and unjust those kingdoms were. Because of His love for humanity, Jesus would have been moved by the suffering of those who were subjects in the kingdoms, and Jesus would have wanted to eliminate that suffering by taking over the kingdoms and immediately making them just and moral. Jesus could have done that, and He would have alleviated an enormous amount of suffering. However, He didn’t, because He knew that it wouldn’t be enough. Without His death on the cross, humanity’s main problem would never be cured. Thus, while it is nice for a country to be just and moral, it has little to do with REAL Christianity. Christianity is about people’s SOULS, not their behavior, and certainly not the behavior of their government.

He also points out how the moral judgementalism that accompanies most “Christian” politics ends up doing immeasurable harm to the Kingdom. He cites a Barna poll that asked people to rate certain groups in terms of their respectability, and “evangelical Christians were ranked one notch above the bottom, just above prostitutes”* As he says:

“This is nothing short of catastrophic!” (p. 134). Christians should be characterized by outrageous love, not moral judgementalism.

“Don’t ever preach at me about Christian morality: I’ve seen it, and it is empty of love for humanity, replaced with sanctimonious idolatry and commitment to dead, dumb superstition.” (http://scienceblogs.com/pharyngula/2009/03/a_heartless_faith.php).

Unfortunately, Myers’ statement (at least without the “dead, dumb superstition” part) is a fair characterization of many who call themselves Christians (read the story in the link to see what I mean).

Now…even though the main points of the book are correct, and even though it contains some amazing gems like:

“When God flexes His omnipotent muscle, it doesn’t look like Rambo or the Terminator – it looks like Calvary!” (p. 32)

it contains some nonsense as well. For example, after spending a majority of 160 pages clearly and correctly arguing that there are no absolutely “Christian” stances for political and social issues, he then lists “Christian” stances on some political and social issues. He claims that Christians should never engage in violence. Thus, they should not fight back to protect their loved ones; they should never be in the military (and by inference the police force because that can involve violence as well); and they should never support war under any circumstances. I strongly disagree with the author on these points, specifically because I strongly agree with him on the main thesis of his book. Since he rightly says that there is no way to define a “Christian” political stance, he simply cannot say what Christians should do in such situations. In the end, I can see Christian arguments for being in certain wars and Christian arguments for not being in any war. I can see Christian arguments for fighting back, and I can see Christian arguments for not fighting back. As the author says, the Kingdom of God is simple, but the Kingdom of the World is not. Thus, what follows page 160 is actually in direct opposition to the majority of what was discussed in the first 160 pages. Had this book ended on p. 160, it would not only have been much better, it would also not have exposed the author’s lack of skill when it comes to basic logic. Despite this glaring error, however, the book is very well worth the read.

* PLEASE NOTE: A reader alerted me to the fact that this poll result is a bit suspect. In his book, Christians Are Hate-Filled Hypocrites…and Other Lies You’ve Been Told, sociologist Dr. Bradley R. E. Wright points out that in the same poll, “born-again Christians” ranked much higher (#4 – tied with “Democrats”). In addition, the largest percentage of people said “I don’t know” when asked about Evangelical Christians. Since it is difficult to tell the difference between what a pollster means when he says “born-again Christians” and “Evangelical Christians,” it might be that poll itself is flawed. 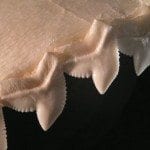 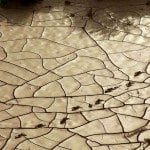