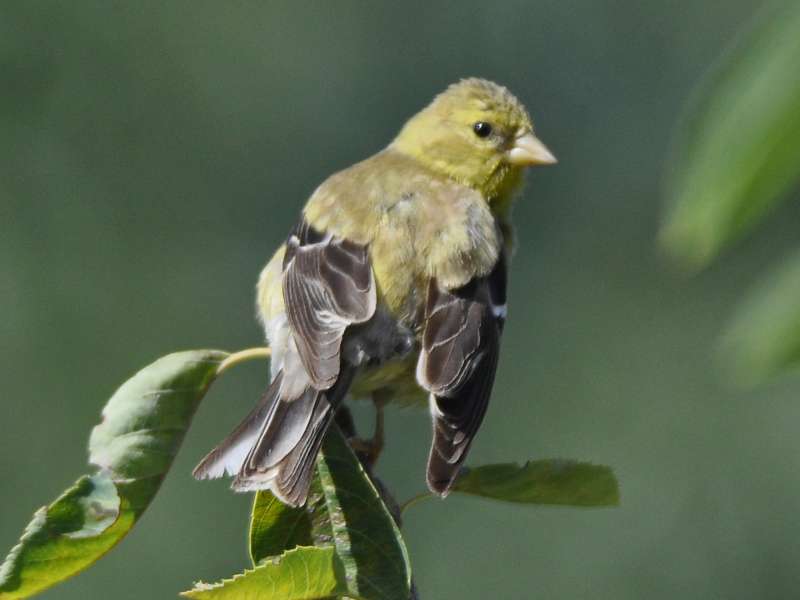 Evolutionists dominate the scientific community by showing evidence to one thing and then claiming it proves another. This sneaky tactic, equivocation as it is called, happens quite often when in a discussion about evolution and natural selection. As any first year biology student knows, specification occurs because of natural selection. On this fact, creationists agree. The difference between the two worldviews occurs when natural selection is elevated as evidence of particles to people macroevolution.

The Father of Evolution, Charles Darwin, penned The Origins of Species in 1859. This work is seen as the Bible of Evolutionism, though in actuality many evolutionists disagree with many of Darwin’s early premises like the age of the earth and theories of use and disuse. The first and full title of Darwin’s book showed how natural selection is supposed to be the very foundation of evolution: On the Origin of Species by Means of Natural Selection, or the Preservation of Favoured Races in the Struggle for Life.

Later, this was shortened to just The Origin of Species. Darwin proposed we could get pond scum to turn into people using natural selection as a process, and now Neo-Darwinism largely supports the same claim. In actuality, does natural selection prove evolution?

Natural selection can be defined as “survival of the fittest.” In other words, the organisms most adapted for the environment, for getting food, and for not becoming food, survive and reproduce; whereas the not so greatly adapted organisms die, and of course do not reproduce. Another easy way to explain natural selection is “the ones that live reproduce, the ones that don’t live don’t reproduce.” Duh! This is a no-brainer. Of course the survivors have their genes passed on, and of course that means the population will be largely made up of the genes of the survivors who reproduce. Creationists accept natural selection in this way; as animal kinds would have spread out from the ark, they would adapt to their environments. The losers lost and the winners won, and those organisms with the “winning genes” reproduced until the organism became a new species defined by certain features that were always locked in the genetic code.

The method of natural selection explains that the biological survivors, who because they survived get to pass on their genes, by happenstance had favorable genes which coded for favorable features. A beetle on a windy island may advantageously have no wings (The beetles with wings would fly around and get caught up into a wind headed out to the middle of the sea), but this isn’t evolution, this isn’t a biological change. This is an example of a favorable combination of genes that proves to not kill the beetle, so of course only the living will reproduce.

Darwin may have shown how separate species could originate (As his title claims) through the death of organisms with unsuccessful features in a particular environment, but he didn’t show his overall goal of showing that organisms can gain genetic information over time by having the bad ones die and the good ones live and breed.

Additionally, the term “species” is almost as ambiguous as the term “evolution.” A species is commonly defined as the members of an organism that can reproduce together. However, this definition fails us on a few levels. The thing is, even the organisms traditionally thought to be separate species can reproduce on occasion, even in nature. A prime example of a species hybrid is the liger, a cross between a male lion (Panthera leo) and a female tiger (Panthera tigris). The liger is listed as belonging to the genus Panthera and both the species leo and tigris, but a liger can’t reproduce, so the two big cats are obviously different species. Things get weirder when you look at the Pumapard, a cross between a puma/cougar (Puma concolor) and a leopard (Panthera pardus), which belong to a different genus as well as a different species, and has been known to reproduce.

The funny thing is, creationists define “kind” much the same as this common definition of species. Therefore, though tigers and lions are not the same species, they obviously once shared a common ancestor with all of cats from the family Felidae. The descendants of all cats from one single species of cats is a belief shared by our evolutionist friends, and demonstrates how genetic information deteriorates over time instead of magically adds to itself. Another reason why the term species can be confusing is that fossils don’t mate, so the common definition of species can’t be used for all occasions (This is a problem for “kinds” too). Because of the confusion with a species’ ability to reproduce with one another, scientists use morphological and behavioral differences to tell species apart. But when talking about common ancestry between species, sometimes a bias can get in the way.

So can natural selection produce new species? Yes, but a cat is still a cat, even if it’s in a different specific taxonomical category. Despite an evolutionary attempt to use natural selection as evidence for evolution, it lines up consistently with creationist models for the descent of animals from the kinds represented on the Ark of Genesis 8-10, so it’s not like evolutionist are flat wrong. The real problem with natural selection is that it has nothing to do with the General Theory of Evolution which creationists reject. Natural selection may explain the survival of the fittest, but it can’t explain the arrival of the fittest. I think we can all agree that organisms change—the question is can such a change turn a monkey into a man or a dinosaur into a bird? Natural selection provides a decent explanation for why certain genes are more common in certain areas, but it can’t explain how new genes could arise out of nowhere.

You know that observational, experimental science that evolutionists religiously love? Creationists love it too. Observation and experimentation tells us that these genetic changes which are selected for, didn’t come from a mutation that added new functioning genes coding for brand new features (such as a feathers, a feature previously not in the genetic code of the dinosaur), rather mutations can reveal traits hidden in the genome. A cat is always a cat, even if the ancestor to all cats changes (probably a loss of information) into the lions and tigers and ocelots we see today.

A great blow to evolution, and specifically natural selection, comes from none other than Darwin’s finches. Darwin observed Galapagos finches on a voyage around the earth, and he made some interesting findings. After shooting birds all over the Galapagos Island, birds he recognized as different from the mainland birds, it was later identified he has 15 new species of finches (He actually thought they were blackbirds at first). Since he saw what he thought was gradualism in the fossil record, that is, different fossils appeared to be in different layers, Darwin theorized that things change over time. He was mostly right. The Finches were classified into 15 new species, spread across the 18 or so main islands. Even today, it’s not clear what family these birds actually belong to, but they don’t appear to be true finches. Each finch is well adapted to its respective island, and one of their most notable features, their beak, is a different size based on what they eat. If you’ve paid attention to evolutionary propaganda, you know the story.

The food these finches eat heavily correlates to its beak size and shape. For example, the larger beaks enable a finch to tear deep into cactus; the smaller beaks eat the base of the cactus and grubs. No matter the differences in beaks, no new genetic information has been added to these populations of birds, existing information has only been utilized.

Cosner and Sarfati explain the scenario this way:
Suppose some finches with the genetic information for a wide variety of beaks came to the islands in a storm, and that some were on an island where the main food source was hard seeds. Birds with genes for thick and strong beaks could cope with them better, so would be better fed, and thus more likely to leave offspring. But birds on an island with few seeds but lots of grubs would do better with longer and thinner beaks, so they could poke deeper into the ground and pull out their prey. (Cosner, 2009)

This is the same scenario Darwin presented, yet he missed the point that the evidence needed for monkey to man evolution— that new genetic information can pop up— is absent from this case. Zoologist Peter Grant and his wife have studied the Galapagos finches for years now, and their work has discovered that it really only needs to take 200 years for a new species to diversify from another species of the same kind (Grant, 1991). This young earth-supporting study with the finches also drills more holes in the proposed evidence for evolution— the beak sizes are cyclic (Finch Beak Data Sheet, PBS). This means that when the rains returned after a drought, the previously larger beaks (which would be able to pick up more scare seeds at once) would revert back to smaller sizes. If this were truly a case of increased genetic information, the beaks wouldn’t over time go back to what they used to be. This is clearly a case of a built-in adaptation, not macroevolution.

Darwin has no clue about genetics, so on one hand we can’t blame the guy. However, since creationists except natural selection and it doesn’t provided evidence for macroevolution, Darwin’s Finches, nor other examples of “evolution in action” natural selection, provide us with the smoking gun for the evolutionary theory.

Natural selection is true, but it doesn’t prove macroevolution in any way. Even if textbooks and most scientific literature tote this as the prime evidence for evolution, natural selection is not an indication that humans are sophisticated monkeys. 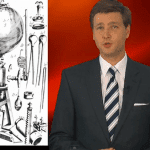 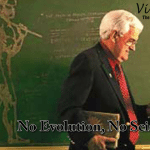