We could sit around and read a long, dull book, or cross our eyes during a long lecture on this point. Or, we can invite Rend-A-Friend-2000 over for a few minutes to discuss “fitness,” “artificial” breeding, and evolution! 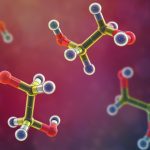