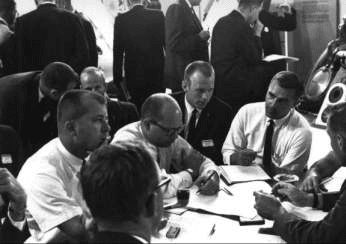 A guest post taken with permission from Spike Psarris’ Creation Astronomy Newsletter. I read this the other week and thought it would be great to share with you all while I’m on maternity leave. Enjoy!

There’s been a lot of discussion in the media about this debate, and about anti-creation remarks that Nye has made previously. However, some of these remarks have a very interesting implication for astronomy and space exploration—which nobody seems to be discussing.

Nye said that anybody who believes in creation can’t be scientifically literate. Nor can an evolution-denier be an engineer who builds stuff and solves problems. 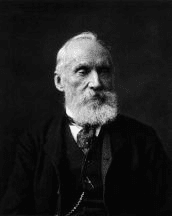 Really? Apparently Nye, who claims to be the “science guy,” doesn’t know much about the history of science. Most of the giants of science—great scientists like Newton, Galileo, Faraday, Maxwell, Pasteur, Mendel, Kelvin, and the list goes on and on—were creationists and Christians.

These men would be very surprised to learn that they weren’t actually scientifically literate. (For that matter, there are thousands of scientists today who reject evolution.)

But I’m more interested in the second part of Nye’s claim—that denying evolution means you can’t be a good engineer who builds stuff and solves problems.

Let’s take a specific example from the space program. One of the most challenging engineering projects that humanity has ever faced was…

Going to the Moon and Back

Imagine laying your hand flat on the floor, palm facing up. Now balance a long pencil on the end of your index finger, straight up and down, with the eraser resting on your finger and the sharp end of the pencil on top. Keep it there for a few moments. How stable is the pencil?

Now imagine moving your hand straight up from the floor all the way to the ceiling, keeping the pencil perfectly balanced straight up and down the whole time. Oh, and you’re not allowed to touch the pencil at all (except for your index finger underneath)—you can’t straighten it or keep it steady. You can only balance and “steer” by pushing up from below.

And you can’t stop pushing either, even if you need to stop and regain your balance—the pencil has to move upwards at a steadily increasing rate until it reaches the ceiling.

And while you’re trying to do this, a friend stands next to you, blowing on the pencil from random directions.

Oh, and you get only one chance to do this. If the pencil tilts over and falls off your finger, you lose the game and something bad happens. (Perhaps you have to pay your friend some money or something). 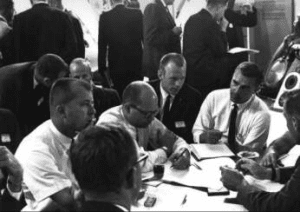 This is the kind of problem that engineers have to solve when launching a rocket.

A rocket’s propulsion comes out of the bottom, similar to the support your finger provides to the bottom of the pencil. But the rocket is a long, thin tube that must balance itself perfectly on its column of fire, with no other support.

And it must do this despite a tremendous amount of inherent vibration, buffeting from winds going in different directions as it reaches different altitudes, shock from breaking the sound barrier, etc.

Oh, and it also has to steer and remain true to its course.

And this is only one of the major problems involved in a launch. Another is producing the propulsion—you must release a massive amount of energy in a short time.

Usually, a device that does this is called a bomb.
[I had to cut some of the cool details about the Apollo Rocket here, sorry]

But how many of these engineers believed in “evolution”?

If we take Bill Nye’s logic to its conclusion, we would say that these engineers couldn’t have been “scientifically literate” enough to do their jobs unless they believed in the usual evolutionary theory about the origin of the Moon. 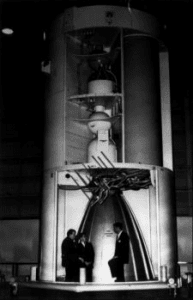 But none of them did.

Am I saying that all of them were creationists? No, of course not. Some were, but many believed in secular theories for the Moon’s origin.

But here’s the thing. During the Apollo missions, there were three secular theories of lunar origin (the capture theory, the nebular theory, and the fission theory).

Today, most secular astronomers believe that the Moon formed from a giant impact 4 billion years ago, when a Mars-sized object hit the Earth. (This idea has also been disproved, but we’ll set that aside for now.)

The important thing is this: the giant-impact idea wasn’t proposed until the mid-1970s, after the Apollo program had finished.

So this means that…

…because that theory hadn’t been invented yet.

Thus, according to Bill Nye’s claim, none of them should have been able to do their jobs. But they did do their jobs, and spectacularly well.

This kind of quick change happens all the time in Evolutionary thinking, yet they never abandon the theory. Without it, they have no choice but admit there is a Creator God who gets to set the rules.

The wise men are ashamed, they are dismayed and taken: lo, they have rejected the word of the LORD; and what wisdom is in them? Jeremiah 8:9 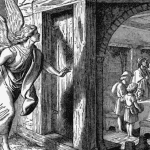