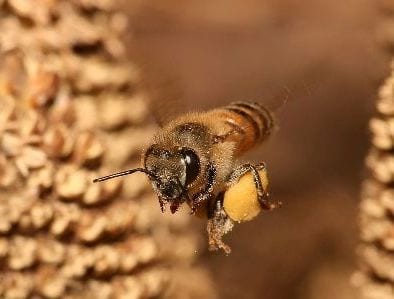 “The fear of the LORD is clean, enduring for ever: the judgments of the LORD are true and righteous altogether. More to be desired are they than gold, yea, than much fine gold: sweeter also than honey and the honeycomb.” Psalm 19:9-10

A recent study involved sticking little numbered tags on the backs of seven thousand living honeybees. The purpose was the age-old question of what determines our behavior: nature or nurture? genes or environment? The honeybees were used to see if their occupation in the hive was based upon what their

father did. That is, was it genetic inheritance? Typically, the queen bee mates with over a dozen males before settling down to a year or two of continuous egg-laying. In one study, the queen was allowed to mate only with a “guard bee” and an “undertaker bee,” whose job is to dispose of dead bees in the hive.

It was found that the young bee is likely to take up its father’s occupation 80 percent of the time. This means that much of the complex social structure of the beehive is passed on in the genes. But the study also left evolutionary scientists with a mystery. There is a wide genetic variation within the normal beehive, so if the whole arrangement evolved, the very cooperative and complex society actually found would not be expected.

The answer is, of course, that when something is clearly so intricately designed there must be a Designer. Some have even admitted that their main objection to believing in creation is that they would have to accept the fact that there is a Creator.

Prayer:
Dear Lord, I pray that I shall never desire to evade You, either by denying my need for Your forgiveness, by denying my sin, or by denying Your work of creation. For Jesus’ sake. Amen.
Notes:
Photo: Honeybee. Courtesy of Muhammad Mahdi Karim. Licensed under the GNU Free Documentation License, Version 1.2. 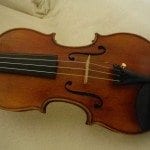