When most people think of “evolution” they think of the supposed process where, over millions of years, small changes in a species have added up to big changes between species. These small changes have supposedly given rise to every organism and system we see today from oak trees to squirrels to our nervous system. But how could a random chance process result in the incredibly complex organisms and systems we see today?

Let’s look at just one small part of one kingdom—photosynthesis in plants. Photosynthesis is the process by which plants turn sunlight into energy. If they didn’t have this amazing ability, all of the energy coming to us from the sun would be useless and life would be impossible.

Here’s how it works: Leaves are composed of many different layers. An outer waxy layer, called the cuticle, protects the leaf – a layer of clear, flat cells called the epidermis allows sunlight in but not out – and openings on the underside of the leaf, stomata, are guarded by cells that know which molecules to let in, and which waste molecules to let out. Berkely’s resource repository called “Understanding Evolution” speaks of these stomata. Do they provide evidence for the evolution of the stoma? Ha, not quite… instead they point to a supposedly 180 million year old fossil of a leaf with – GUESS WHAT? Fully formed stomata!

Jumping inside a cell in the leaf we’ll find chloroplasts. These little machines convert sunlight into chemical energy to make sugar. They do this because they contain chlorophyll, a tiny complex molecule made of many different atoms that’s responsible for a plant’s green color. The atoms that make up chlorophyll fall into just the right sequence and fold in just the right way to be able to respond to incoming light.

Now, light is useless on its own. It has to be changed into chemical energy and then sugar. Chlorophyll spits out energized electrons which are essentially pressed into batteries. These are used as energy packets to grab carbon dioxide from the air. THEN, this CO2 is bound into starch and sugar.

Of course, this is just a very simple view of the incredibly complex system of photosynthesis and there are many more parts that have to all work together in perfect harmony to make this function. If one step in the process doesn’t work or one enzyme isn’t quite right, the plant is unable to use sunlight to make energy. And making chlorophyll alone takes 17 enzymes! So where did such an incredibly complex system come from?

There’s no way it came from slow, gradual changes over millions of years. After all, if all the parts aren’t in place, the process just doesn’t work, and why would it be selected for by natural selection? Half of the enzymes to make chlorophyll won’t do the plant any good!

This is one of the reasons that I believe Photosynthesis couldn’t have evolved over millions of years. Genesis gives us an origin of this incredible process, when it says that God caused the land to bring forth grass, and seeds, and plants and trees. So, if God is the author of this process, then we don’t need blind chance over millions of years. Yes, I have faith that God is the author of photosynthesis… But the alternative is to say that 17 enzymes, dozens of complex processes, the sun, and water, and everything else – just “happens” to work well together. 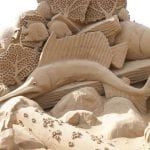 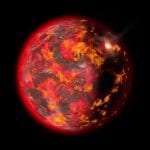