Now, since the nineteenth century, uniformitarianism has dominated geology. This is the idea that present day processes and rates are the key to what happened in the past. But scientists are slowly having to let go of this idea, because they increasingly realize that catastrophes are a big part of Earth’s past.

One such catastrophe was the Lake Missoula flood. Now, because we begin with different starting points, creationists and evolutionary geologists don’t agree on the dating of this flood. But both agree that it happened. Actually, for evolutionary geologists it took a long time for them to accept despite the overwhelming evidence because it seemed too Biblical to have a catastrophe of such massive proportions!

So, what was this flood? Well, within a few centuries of the global Flood of Noah’s day there was an Ice Age (which is where cave-men come into the picture), and at the peak of the Ice Age, approximately 540 cubic miles of water were dammed up in Lake Missoula in Montana. That’s three times the volume of Lake Erie! Well, eventually the lake burst, rushing 400 feet deep as it carved its way to the Pacific Ocean. The fast-moving water quickly laid down rock layers and carved out canyons, including Grand Coulee, a canyon 50 miles long and 900 feet deep! And the beautiful Channeled Scablands are a further testament to how much damage a lot of fast-moving water can do.

Secular geologists believe that rock layers are laid down slowly over millions of years and canyons are carved over time by rivers. But that wasn’t the case with much of the geography in the Western United States! It was carved rapidly by a flood of water from a burst glacial lake… and I’ve talked to Ph.D. evolutionary geologists… Most trained geologists agree that it happened extremely quickly!

If a comparatively small flood such as this one could do so much damage and completely change the landscape, imagine what the global Flood described in Genesis could do! Actually, if there was a global Flood, then everywhere we look, we would expect to see miles of rock layers filled with billions of fossils. And this is exactly what we find. The evidence points to a Flood of biblical proportions, not slow and gradual processes over millions of years.

Just one more scientific reason that you shouldn’t believe in evolutionary geology. It takes a LOT of faith. 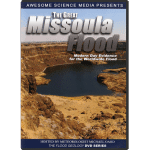 Directed and produced by Emmy-nominated director, Kyle Justice, this film will change your perspective of the landscape in the northwestern U.S. 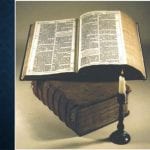 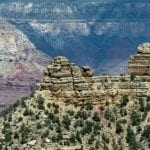