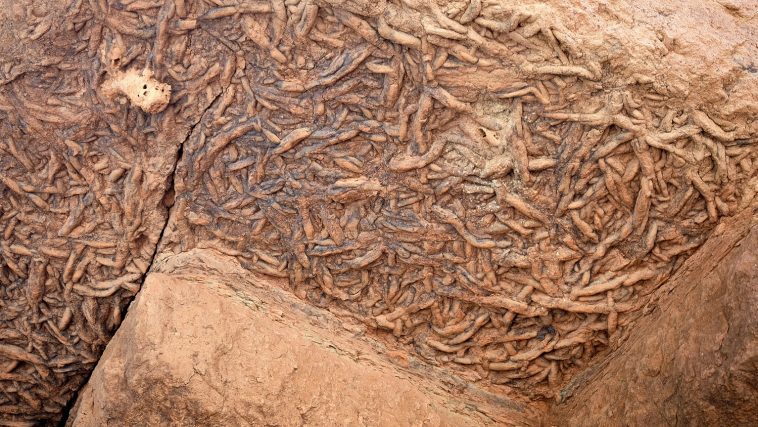 The foundation rock of our earth (granitic in nature) floats on the mantle beneath it and is covered in layers of sedimentary rocks (sandstones, limestones, shales, etc.). These sedimentary layers range in thickness. For example, the layers exposed in Grand Canyon are over a mile thick while the sedimentary layers of Minnesota have been scraped clean (pushed predominantly to the south and west by the glaciers of the post-flood ice age), exposing the foundation rock below.

In many wet and humid climates, these layers of sedimentary rocks are covered in thick vegetation, concealing them from clear view. This is unlike the Southwest, where the dry environment leaves the layers exposed for exploration and research.

Despite these differences, there is one thing that these sedimentary layers have in common, regardless of location. The sedimentary rocks covering earth are loaded with billions of dead things exquisitely preserved as fossils. This is absolutely fascinating!

How did so many critters die and become fossils? What can account for such a vast (worldwide) deposit of buried life? Here are only a few reasons why this is so exceptional:

In order for something to be fossilized, it must be protected from the environment and preserved. Organisms that die and are exposed to the elements do not fossilize. Unpreserved organisms decompose quickly (even hard material like bone), or they are consumed by other organisms.

Extremely cold or dry environments can provide the necessary preservation for fossilization. However, most organisms don’t live in those extreme conditions. The geological processes we witness and observe today cannot account for the immense numbers of fossils that are buried in our sedimentary layers. Something different had to have happened in our past.

Rapid burial is a great explanation for the presence of billions of fossils. When an organism is buried rapidly, it is preserved from both organisms feeding on it and from the environment that would cause decomposition.

Small catastrophes have provided observable evidence that fossilization is facilitated by rapid burial. However, small, localized catastrophes cannot account for billions of fossils present in global sedimentary layers. A global flood such as the one described in Genesis 6–9 provides the perfect event necessary to produce such widespread fossilization.

Fossils are a tremendous tribute to the preservation power of God. God actively preserves His Word and His people. The Bible has been the object of attack for over 2000 years, and yet it remains the most produced and sold book in the world (by a landslide — it’s not even close).

God’s people struggle against sin and death, but Jesus has defeated them both. His shed blood paid the debt owed. His resurrection from the grave defeated death. We are saved by His blood. His Spirit has been given to us as a seal.

For God so loved the world, that He gave His one and only Son, that whoever believes in Him should not perish but have eternal life. John 3:16

Preserved by the blood of our Savior, the Creator of the world.

Here are some other things God says about His desire and power to preserve.

“For the Lord loves justice; He will not forsake His saints. They are preserved forever.” Psalm 37:28

O you who love the Lord, hate evil!  He preserves the lives of the saints; He delivers them from the hand of the wicked. Psalm 97:10

Finding fossils is one of the many great thrills of exploring the Grand Canyon. 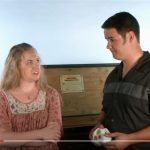