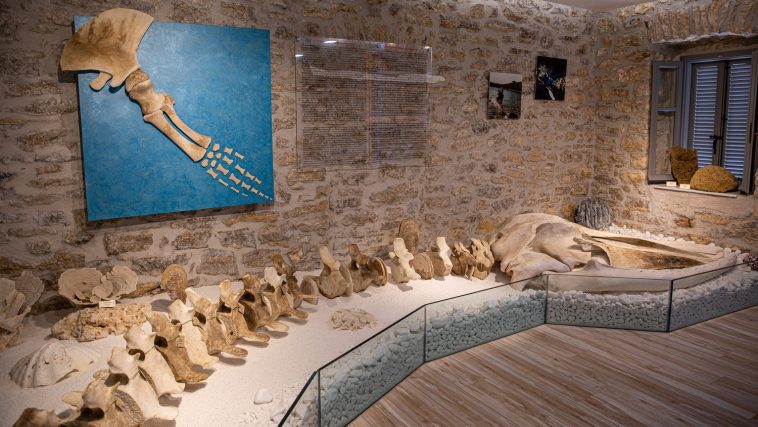 In 1987, oceanographers made the first discovery of a whale carcass on the ocean floor. They were amazed at the abundant life the carcass supported. Since that time, whale falls, as they are now known, have become an important, although rare, field of study. Today dead beached whales are often pulled out to sea and weighted with heavy chains, which cause them to sink. In this way, their location is known and they can be easily studied. By return visits to a whale fall, four ecological stages have been discovered:

When a dead whale sinks to the deep ocean floor, its carcass becomes home and food to a vast array of sea invertebrates. Imagine what it must have been like during the Flood when all air-breathing, land-living life had drowned and the entire world was covered by the sea. The sea floor (which stretched from pole to pole) could have been literally littered with carcasses. No wonder there is such an abundance of clams, snails, crabs, coral, and crinoids in the fossil record.

These invertebrates reproduce hundreds if not thousands of tiny offspring known as zooplankton. With so much food available, most of the zooplankton would have survived to adulthood rather than becoming part of the food chain. As the seafloor became littered with carcasses, the carcasses were covered with invertebrates.

Interestingly, when the dirt encasing the now famous T-Rex fossil named Sue was filtered, tiny shark teeth were found. Sue was a dino fall during the Flood. Oh, but scientists would say it wasn’t a flood, it was an inland sea. But what was a T-Rex doing in the middle of an inland sea?

Today’s carcasses do not remain for long. Studies show that whale bones can be picked clean within four months. Invertebrates then attack the calcium-rich bones. Perhaps this is why there are not too many fully articulate fossils found. What if it really took millions, or even hundreds, of years for the strata to have been slowly laid? There should not have been any bone left to be fossilized.

The rare, fully articulate fossils that are found are usually in groups near the surface. They could have been islands of floating carcasses that became beached on the rising continents as the Flood waters were draining away.  With the water drained away, there were no sharks or marine life to scavenge them, for the marine life was left high and dry. Nor were there any other savaging animals or birds, for the only living land animals were still on the ark. It makes sense that God would bury the bones and turn them into stone in order the rid the earth of the carnage.

Uplifting mountains and tilting foundational plates would have triggered mudflows which would have buried the carnage and the invertebrates. Volcanoes added layers of silica ash which would then fossilize the organic material.

Many geologists look at the fossil-filled strata and theorize that the abundance of invertebrates proves the earth must be extremely old. They say each thin layer represents a new generation.

In the road cuts around Cincinnati, there are some very thick strata made of multiple layers of limestone.  These layers are filled with crinoid, coral, and clam fossils. Geologists say there are too many fossils to be from one generation; they must have accumulated over long periods of time.  These geologists are not considering the abundant food source and invertebrate population explosion that would have occurred during the Global Flood. Nor are they considering the tectonic upheaval which happened during the runoff, retreating stage of the Flood. Triggered mudflows would have concentrated layer upon layer of mud and lime in some areas while it washed off of other areas.

Modern whale falls offer a picture of the teaming sea life which would have covered the earth during the Global Flood. The remains of which are still seen today trapped in the limestone cliffs. 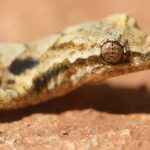 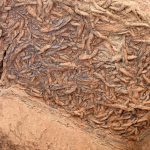