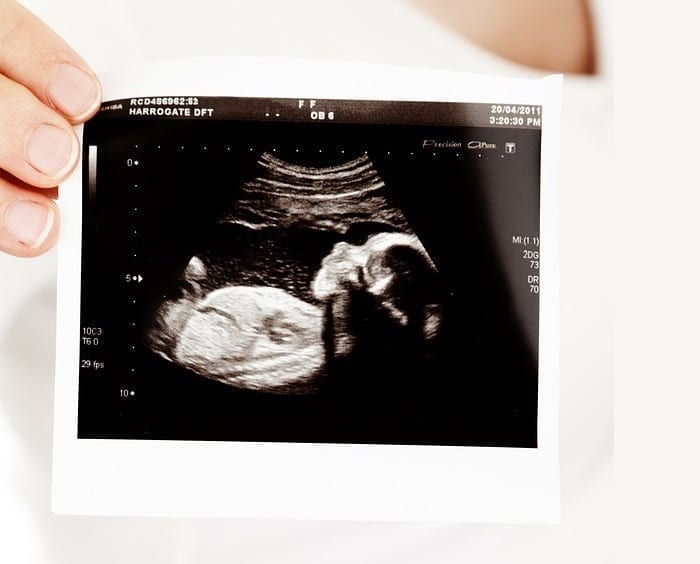 In Part 1 of this series I accomplished my stated goal of conclusively establishing that aborted babies have been used, and continue to be used, in the research and development of vaccines. In Part 2, we’ll move to my second goal: discussing the moral obligations of the pro-life Christian with respect to maintaining a pro-vaccine stance. In introducing what I consider to be the three moral obligations of the pro-life/pro-vaccine individual, I quickly realized this series would require a third installment. Therefore, in this article we’ll cover the first obligation, and Part 3 will conclude with the final two.

Despite the abortion/vaccine conflict, most branches of Christianity leave the ultimate vaccination decision up to individual’s conviction since consideration of other factors may lead some pro-lifers into an uncomfortable gray area.

Black and White, or Gray?

Are there circumstances in which using immorally sourced products would be justified? Some think so. For example, some Christians hold to a utilitarian worldview and argue that the societal health benefit of vaccines negates the immorality of using aborted babies in their development. Joe Carter and Justin Smith, writing for the Southern Baptist Convention, suggest two alternative justifications: drawing an analogy between receiving immorally sourced vaccines and receiving an organ transplant from a murder victim; and, indicating that a parent becomes morally culpable if that parent refuses a vaccine, then the child ultimately gets sick and dies from a potentially preventable infection.

Many Christians will not find any of these rationalizations compelling. Even so, we could debate the nuances of these arguments indefinitely. Fortunately, that’s not necessary since agreement is voiced across the Christian spectrum on one or both of the following points: 1) if there are moral alternatives available, the Christian should opt for those; and 2) Christians who feel convicted to abstain from vaccination should have the ability to do so. The following selections from various official statements reflect this unity:

The Pontifical Academy for Life statement is very explicit:

“…doctors and fathers of families have a duty to take recourse to alternative vaccines (if they exist) putting pressure on political authorities and health systems so that other vaccines without moral problems become available. They should take recourse, if necessary, to the use of conscientious objection with regard to the use of vaccines produced by means of cell lines of aborted human foetal origin. Equally, they should oppose by all means (in writing, through various associations, mass media, etc) the vaccines which do not yet have morally acceptable alternatives, creating pressure so that alternative vaccines are prepared…”

“In any case, there remains a moral duty to continue to fight and to employ every lawful means in order to make life difficult for the pharmaceutical industries which act unscrupulously and unethically…”

“CMDA encourages the use of and endorses the further development of medically effective and ethically permissible alternatives that do not raise the question of moral complicity.”

Carter and Smith for SBC:

“…we believe the use of vaccines is justifiable based on the fact that we cannot change the way the cell cultures were obtained, there are no available alternatives… As Christians we should strive to avoid cooperating with evil and prevent it from occurring in the future (e.g. we should oppose the making of new vaccines using the ethically tainted tissue)…”

Focus on the Family’s statement:

“Focus on the Family, along with other pro-life organizations, calls upon vaccine manufacturers to develop immunizations that do not rely on fetal tissue from aborted babies. Doing so would allow for the production of vaccines that protect children and adults without raising this moral and ethical quandry.”

“Parents should retain the right to make informed decisions regarding the health of their children, including preventative vaccinations, without being subjected to any pressure. Persecution of parents for the use of this right is unacceptable.”

This leads us to the million dollar question:

Are There Moral Vaccination Alternatives?

Yes. This chart from Church of God for Life lists all the vaccines which have a moral alternative: 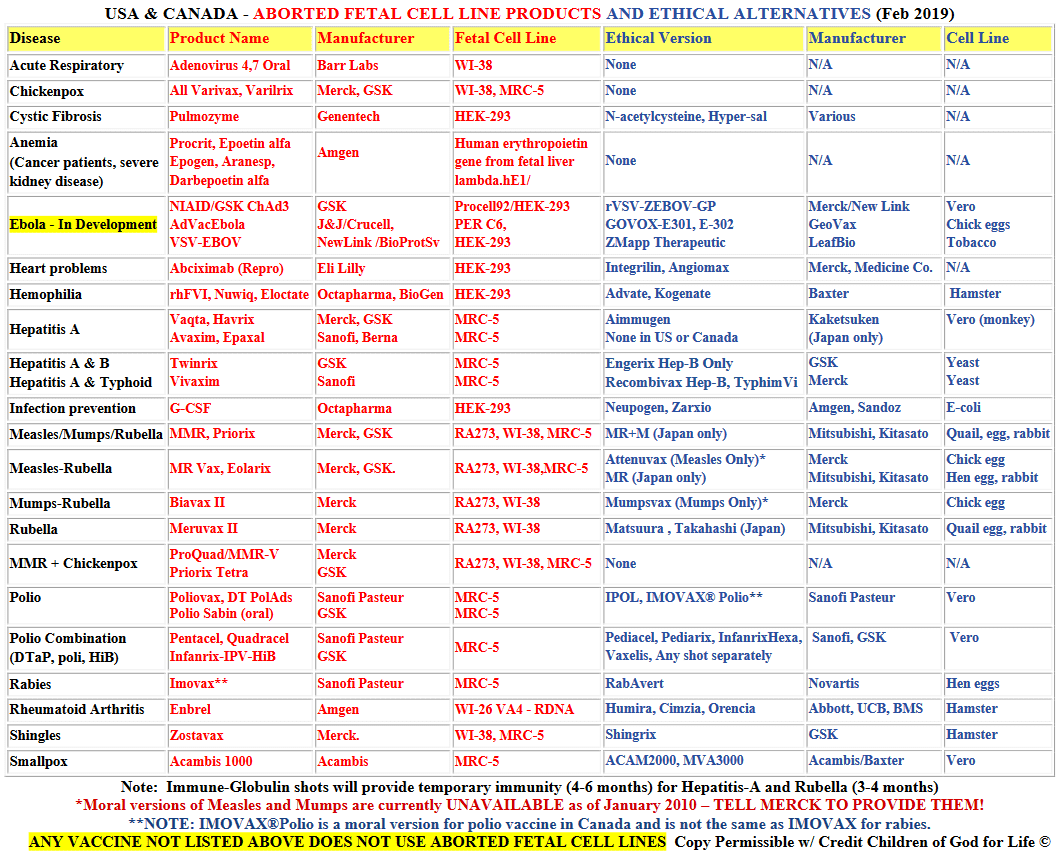 Not only is it possible to produce vaccines morally, manufacturers already do. It becomes clear at this point that the very first moral obligation of the informed pro-life/pro-vaccine Christian is to educate our brothers and sisters in Christ.

The Responsibility to Educate

Many Christians look to their various authoritative bodies for guidance. Depending on who one sees as authoritative, this can become problematic. In my research, I have found that the Roman Catholic writings are by far the most informed on this topic and their public statements on vaccination (noted above) reflect that. However, as a Protestant, I was very disappointed to find that well-respected Protestant sources are generally fraught with misinformation (such as the common misconceptions proven false in Part 1). Since the conclusions drawn and advice given are based on inaccurate information, both become irrelevant.

Christianity Today is a highly respected and well-known publication. Yet, in a 2019 piece authored by their own science editor, Rebecca Randall, we find a version of the demonstrably false “one night stand” argument repeated: “Pro-life proponents of immunization point out that vaccines no longer rely on abortion to provide further fetal cells…”

Lack of information has left SBC’s Carter and Smith in an embarrassing situation. In one portion of the article they note:

“…there are no available alternatives…”

Later in the article, they state:

“Therefore we should continue to advocate for the use of alternatives when available and for the development of future vaccines to be carried out by other means.”

Since the currently existing moral alternatives are not even mentioned in their article, I assume Carter and Smith are completely unaware of them. What a shame. Instead of ending their piece with this lamentable resignation to passivity:

“Unfortunately we live in a fallen world where it is almost impossible to do good without some indirect connection to an act of evil.”,

they could have roused their readers to activism in keeping with their call to advocacy. Protestants are in desperate need of those who are informed to engage in their moral obligation to educate.

Advocacy, is by definition, active. Therefore, the second moral obligation is revealed. We’ll pick up here in Part 3.