I recently read an article entitled “The 2019 Most Post-Christian Cities in America.”1 Instead of just asking people how they identified themselves, Barna group researchers looked at certain criteria; basically how people actually live their lives. I think it is notable that Springfield-Holyoke, MA was rated number 1, given that Massachusetts was founded “for the glory of God, and advancement of the Christian faith”2 by Separatists (Pilgrims).

The 16 criteria listed include:

The minister at the church I currently attend is making an effort to teach people that they can believe the Bible. Our church has shown Patterns of Evidence,3 The Truth Project,4 A Matter of Faith;5 and had a speaker from Creation Ministries International.6 Our minister has led studies on the issue of believing the Bible, and given me the opportunity to speak on a couple of occasions.

But my experience is that my pastor is the exception.

My Personal Experience with Churches and Issues of Origins

I grew up in the Baptist church but I had cognitive dissonance. I started reading the Bible when I about nine, which should be a good thing—but I did not live in a bubble.

And the church was not addressing this, not explaining to me why I could believe the Bible. In my mind, I at some point “settled the issue” by becoming an old earth creationist. Later, as a young adult, I heard a great pastor, who overall had a very positive influence in my life, teach that Darwinian evolution of plants and animals was biblical—but man was a special creation. So I bordered on being a theistic evolutionist.

For a short time while living in Clarksville, TN, I attended a church that did address these issues in church training. I was interested and went to some of the training, but I did not really get into it then because, like many people, “I had already dealt with that.”

This is a very important point, because by that time I was already in my twenties and thought that I had the answers. I was good with being an old earth creationist/quasi theistic evolutionist. And I had other things going on, trying to make a life for myself.

My experience shows how critical it is to start reaching people at a young age, before they “have it all figured out” and are preoccupied with other things such as starting a career, dating, getting married and having a family.

But a series of life events led me to later reexamine my worldview.

I left the Baptist Church for a time after I got married and attended another denomination. The church was very loving and welcoming. The church prayed for us regarding my wife’s illness. But for a number of years, I was frustrated that the church was not more interested in the pro-life issue. (I was a volunteer in the San Antonio Pregnancy Care Center, doing data entry.) Then after 14 years, I decided it was time to leave the church when the church could not agree that a marriage was between a man and a woman. I just could not understand how these Christians – these church leaders – did not get that.

About that same time I happened to hear Ken Ham8 with Answers in Genesis on Truths that Transform, with the late D. James Kennedy.9 A light came on!

The people in the church that I left did not have biblical values because they did not believe the Bible.

They thought the accounts in Genesis, such as the Tower of Babel, were “just stories.” And they thought Moses did not write the first five books of the Bible “because they didn’t have a written language back then.” (William Federer on Faith in History10 has an episode where he discusses ancient Israel being the first nation to have a written language based on symbols representing sounds that are put together to form words – a 22 character alphabet.)

I ordered the book The Collapse of Evolution.11 Then I began getting more and more books and DVDs. I realized that this was the information that I should have been getting at a young age when I first saw that the Bible did not mesh with what I was learning elsewhere.

I was so excited about this, I wanted to share it. I tried contacting other churches and our local church association, but found them very non-responsive. I even tried contacting the Southern Baptist Convention which supports all kinds of social issues that flow from a correct understanding of our origins.12-14

But what are churches like these doing to teach people what is foundational to them all – that they can believe the Bible starting with the creation account in Genesis?

What is your church doing? If it is not doing anything – and most churches are not – this is an opportunity to ask your church leaders about this issue and inform them help is available from ministries such as David Rives Ministries,15 Answers in Genesis, Creation Ministries International, as well as local biblical creation organizations.

“We destroy every proud obstacle that keeps people from knowing God. We capture their rebellious thoughts and teach them to obey Christ.” II Corinthians 10:5 NLT. 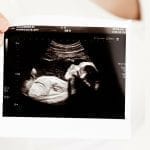