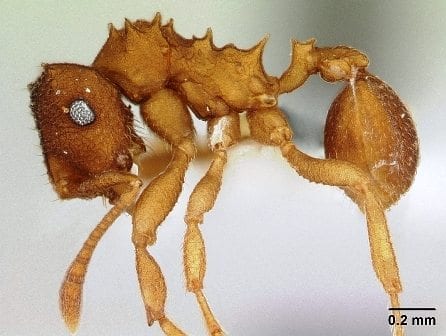 “Go to the ant, thou sluggard; consider her ways, and be wise: which having no guide, overseer, or ruler, provideth her meat in the summer, and gathereth her food in the harvest.” Proverbs 6:6-8

There are more than 200 ant species in the Attine family of ants. All of them farm for a living. And they are as sophisticated about their farming as any modern human farmer. They are found anywhere from the tropics to New Jersey. The specialization shown by these ants makes an evolutionary explanation for them impossible.

One example is the famous leaf cutting ants found in the tropics. Leaf cutters use the leaf pieces they collect to make mulch. Once the mulch is ready, they grow a fungus in it, which they eat. That fungus grew from a bit of fungus that was stored in a special pouch in the mouth of the queen who began that colony; in turn, she brought it from the colony where she grew up. That she has this special pouch for seed material for her children is a witness to God’s intelligent design. The ants’ digestive system is specialized, too, so that its waste is a ready to use fertilizer for the crop.

The ants also weed their crop. Certain ants inspect the fungus ball searching for invading molds. When one is found, the ant will remove it. To make sure that she does not return any contaminating bit of the mold to her crop, the ant then cleans herself before returning to the crop. This, again, is a powerful witness to divine design. The ants also generate herbicides and antibiotics which they use as needed on the crop, another witness to design. Finally, they also prune their crop in a way that has been shown to improve its productivity. All these special design features and behaviors seem to have been put into one creature as a witness against evolution. 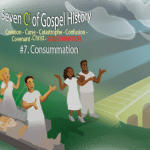 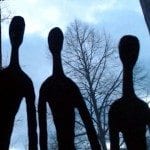