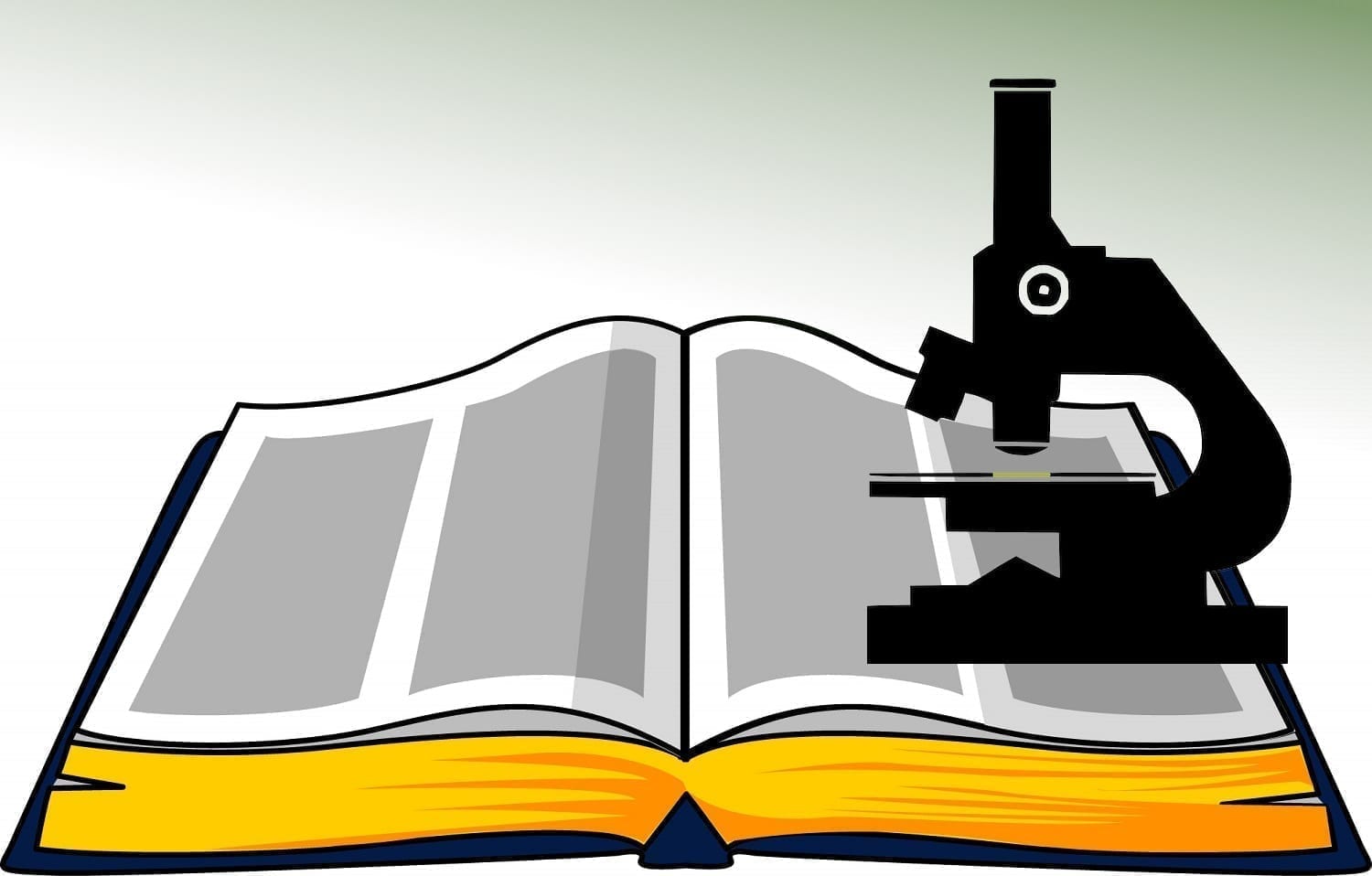 [Originally published as A Round Earth, Natural Selection, and Dinosaurs]

What do a Round Earth and Dinosaurs have in Common?

They are all things that are demonstrably true and biblical that some professing Christians deny.

These things are mentioned or implied in Scripture. And they are scientifically provable. Yet, some Christians claim that such things are false or even anti-biblical! When Christians deny things that are observable, provable, and biblical, it is dishonoring to the Lord and makes unbelievers less likely to embrace the Christian worldview.

Critics of the Bible often portray creationists as ignorant buffoons who deny observable, testable facts. For the most part, this is a straw-man fallacy. Most creationists embrace truth and would never deny anything that is provable or directly observable. But unfortunately, there are some who do. This hinders the advancement of the Gospel because we cannot lead people to the truth using falsehoods. Those of us who serve Jesus must stand against such errors, and be ready to cast down anything that is contrary to truth. When we encounter a professing Christian who claims to deny a round Earth or dinosaurs, we must gently attempt to lead that person away from such errors and into the truth.

The Earth is round—approximately spherical.¹ We know this from countless observations. Today we even have photographs taken from space that show the sphericity of our world. All GPS (global positioning system) and satellite technology is based on this fact. Perhaps you have watched the sun set over the horizon and then called a friend in a different time zone where the sun is still visible. This would not be possible on a flat Earth.

Lunar eclipses prove that the Earth is spherical. During a lunar eclipse, the Earth passes between the sun and the moon. The Earth casts its shadow upon the moon. And the shadow it casts is always circular. If the Earth were a flat disk, it would only cast a circular shadow on the moon if the moon is directly overhead. At any other position, a circular disk would cast an elliptical shadow, not a circular one. Yet, the Earth’s shadow is always circular, which is only possible for a sphere.

The Bible does mention the roundness of the Earth. One (possible) mention is Isaiah 40:22, where the passage poetically describes God sitting upon the circle of the Earth. This makes sense if the Earth is round. Granted, the passage might also allow for the Earth to be a flat disk which is also round in two dimensions but not in the third. Or it might refer to Earth’s orbit around the sun.  So the passage is not conclusive.

He hath compassed the waters with bounds, until the day and night come to an end.

But Job 26:10 really does not make sense unless the Earth is spherical. Job 26:10 poetically describes God inscribing a circle on the surface of the waters at the boundary between light and darkness. Such a boundary is called the terminator, where light stops. The terminator is the location on Earth where people are seeing either a sunrise or a sunset. A terminator can only be a circle on Earth’s oceans if the Earth is spherical.

So why would any Christian deny this fact?

Dinosaur fossils are found on every continent. A fossil is the preserved remains of an organism. In this case, dinosaur fossils are usually bones of dinosaurs that have permineralized. That is, minerals have moved into the spaces within the bones (bones are porous) and essentially turned them into rock. We find fossils of other animals as well, and many of these other animals have living relatives. So we have every reason to believe that the fossils we find of dinosaurs were once the bones of real, living animals.

We will not find the word ‘dinosaur’ in the Bible for the simple reason that the Bible was translated into English long before the word ‘dinosaur’ had been invented. But the Bible does mention ‘dragons,’ and some of these may well have been dinosaurs. In particular, the “behemoth” mentioned in Job 40:15-24 seems to match the description of a sauropod dinosaur. Sauropods were the long-necked, long-tailed, quadrupeds that, as far as we know, were the largest land animals that ever lived. The mighty tail of the behemoth mentioned in Job 40:17 matches perfectly. Clearly, this creature was not an elephant or hippopotamus both of which have very small tails.

He moveth his tail like a cedar: the sinews of his stones are wrapped together.

Why then would anyone deny the existence of dinosaurs? Is it that the Bible does not mention them by name? But dinosaur names are modern and therefore would not have been used in biblical times. And many other organisms are not mentioned by name in the Bible, such as monkeys, penguins, or tardigrades. But we know these animals lived because they still live today.

The Bible does not claim that it contains a complete list of all the names of all creatures that have ever lived.

Perhaps the enormous size of some types of dinosaurs is hard for people to believe. But again, this is not a logical objection because dinosaurs were not the largest animals that have ever lived. The blue whale is larger than any dinosaur. Yet we know blue whales are real because they are still alive today. The fact that we find fossilized bones of dinosaurs is good evidence that these were real creatures that God created, but which went extinct at some time in the past.

In the case of dinosaurs, a large part of the problem may reside in the fact that people have been taught these topics from a secular point of view. We are told that dinosaurs lived millions of years ago, and died long before humans existed. We are told that dinosaurs evolved, and perhaps some of them evolved into birds.  Yet, discerning Christians know that evolution is contrary to the Bible. So perhaps some Christians think that the evolutionists are just making up dinosaurs to convince people of evolution, and therefore we should reject the existence of dinosaurs. But that is not correct. Dinosaurs are real. The evolutionary stories about dinosaurs are not.

All of these issues reveal a serious lack of discernment. When we come to realize that we have been taught about a subject incorrectly, the solution is not to deny the evidence. Nor is it to simply assume that secularists have lied about the actual data. Rather, we must approach the evidence in light of Scripture. We must engage in careful reasoning and avoid pendulum swings. Rather than denying the existence of dinosaurs, let’s examine the evidence in light of Scripture.

We have already explored the topic of dinosaurs from a biblical perspective in a three-part series.  We saw that dinosaurs were very real, and consistent with Scripture and the scientific evidence.

The denial of a round Earth is harder to understand.  Some people have the mistaken idea that the Bible somehow teaches a flat Earth. This claim can be traced back to critics of the Bible who misinterpreted the Scriptures in order to show how silly and unscientific the Bible supposedly is. It seems that some Christians uncritically accepted such misinterpretations, and began thinking that the Bible really does teach a flat Earth. Of course, there is no such teaching found in Scripture.

Perhaps some people think, “If the experts have lied to us about natural selection and dinosaurs, then maybe they have lied to us about the shape of the Earth.” Denial of a round Earth, like denial of dinosaurs, rests on conspiratorial thinking. The idea is that the experts really do know that dinosaurs never existed, that natural selection doesn’t happen, and that the Earth really is flat, but there is a vast conspiracy to convince us otherwise.

But since the shape of the Earth has very little to do with the Christian worldview or the secular worldview, it is hard to make sense of the motivation for such a conspiracy. Why spend so much time and resources to mislead people on a topic that is only marginally touched on in the Bible, and is not particularly relevant to secular thinking either? We can understand the motivation for believing in evolution because it was invented to explain the variety of life apart from God. But what would a secularist gain from misleading people about the shape of the Earth?

This issue seems to stem from very poor hermeneutics and an ignorance of history and the scientific discoveries that revealed the size and shape of the Earth. Bad arguments for a flat Earth can be found all over the internet, but they are easily refuted by logic. Again, we see that a lack of both discernment and critical thinking skills is largely responsible for the promulgation of flat Earth errors. The shape of the Earth can be demonstrated by geometry and our celestial observations. And we find that it is exactly as the Bible describes in Job 26:10—a sphere. We will explore this topic in detail in the next article. 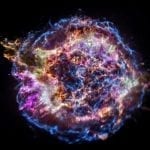 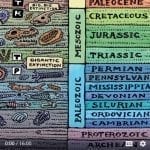