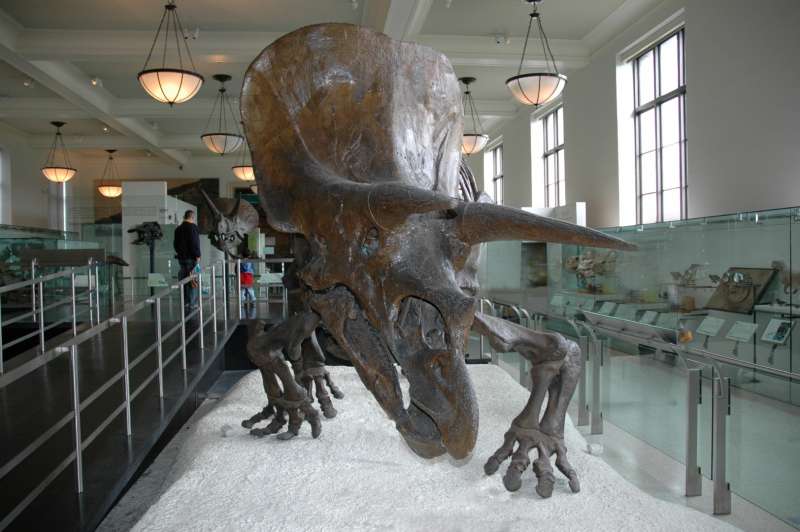 So, how did all of those dinosaurs fit on the Ark? As it turns out, the answer is, More easily than we once thought. Why? Because at least a third of the dinosaurs we  thought we knew never existed!

How Does a Dinosaur Grow?

‘Dinosaur Jack’ Horner is one of the best known palaeontologists (fossil experts) in the United States and he has been looking at how dinosaurs grow. This is a bit trickier than looking, say, at how frogs grow, because we can’t go out and watch dinosaurs growing directly. We can only look at their fossils.

There are some clues though. One is that juvenile bones are spongier and have more pores in them than adult bones. Spongy bones can still grow, while adult bones are not going to change much anymore.

Another clue is that for years museums have concentrated on collecting big, exciting dinosaurs—and why wouldn’t they? What museum visitor doesn’t want to see the most spectacular ones? What this has meant though is that the smaller dinosaurs have been a bit scarce in the museums. As a result, most of us are unfamiliar with the progression of fossils from the juvenile through to the adult of the same species.

Horner looked at three differently named dinosaur specimens; Dracorex, Stygimoloch and Pachycephalosaurus. He chose these because they all had very similar ‘gnarly things’ on the front of their noses. He noticed that Dracorex was the smallest of the three, Stygimoloch was in the middle and Pachycephalosaurus was the largest. As the dinosaurs increased in size, there was also an increase in the size of a dome on the head and a reduction in the size of spikes on the back of the head.

Then, in the search for knowledge, he sawed into their skulls. What he found was that in Dracorex, the smallest dinosaur, the bone was very spongy inside. That meant that it was still growing fast. In Stygimoloch, the dome was still spongy and growing while the evidence seemed to indicate spikes were actually being reabsorbed.

In Pachycephalosaurus, the largest of these dinosaurs, the dome had become solid and the spikes seemed to still be resorbing. Putting all of these ideas together, Dr Horner deduced that Dracorex, Stygimoloch and Pachycephalosaurus were one and the same dinosaur, just at different stages of development.

It’s not evolutionary development. It’s just a growth series. No longer do we have to fit three types of this dinosaur onto the Ark, but just one!

There was a similar story with Triceratops. Horner sawed into the skull of what everybody thought was an adult specimen—and found that the bone was still spongy! It seems logical that a dinosaur called Torosaurus, whose skull bone is no longer spongy, is the adult form. The frill has enlarged further and developed holes, but in most other respects it just looks like a larger Triceratops.

Torosaurus is only found as a large specimen. Smaller ones have not been found. Assuming that these two were really the same type of dinosaur, Horner got a student to look for intermediate forms and they do indeed exist. So here is yet another dinosaur that Noah didn’t have to take on the Ark.

In the same way it has recently been shown that Anatotitan is very likely just a mature Edmontosaurus. And Nanotyrannus (not surprisingly, given its name) turns out to be a juvenile Tyrannosaurus rex.

All in all, from a list of the twelve primary North American dinosaurs, there were actually only seven types.

You see, scientists had been confused because young dinosaurs are not simply scaled-down versions of the adult forms.

We shouldn’t be surprised by this, as it also occurs in some animals we see today. Tadpoles are very unlike adult frogs. Cassowaries develop their crest only later in life, when they are almost fully grown. Adult humans grow ‘wisdom teeth’, giving them a different number of teeth to what they had as children.

So how did the scientists get this so wrong previously? In Jack Horner’s words, “Scientists like to name dinosaurs.” Whenever palaeontologists found a fossil that was even slightly different from any found previously, they were keen to give it a new name. Unfortunately this meant that dinosaurs of different ages and genders, and even locations, were classified separately rather than put under the one heading.

This can be a positive thing. It allows us to focus on the things we need to and to ignore things that would distract us from that aim. Unfortunately it can also be a negative thing. It can stop us from making new discoveries and from picking up errors in things that we are used to seeing. (That is why authors get others to proofread their articles!)

“As scientists we have to be really careful, because it’s very easy to get locked in by your ideas, or by the search image that you have when you go in the field. In spite of the fact that you think you have an open mind, very often your perceptions of what things should be, or your search image, or your cultural beliefs in some cases, will actually be working on your mind so that your eyes are open, but they’re not really open. They’re missing something that could take you in an entirely new direction.”6

So don’t be afraid to look at the evidence with your eyes wide open, knowing that God reveals Himself in nature and that the ungodly are “without excuse.” Romans 1:20

What about the really big dinosaurs on the Ark?

Many are surprised to hear that most dinosaurs were not very large, many being only about the size of a chicken when fully-grown. But even though there were few very large ones, like the sauropod dinosaur Apatosaurus, how would just one of these even fit through the door of the Ark?

In fact, that is not particularly difficult. The dinosaur types that were supersized as adults were not always that large. They all came from an egg not much bigger than a football. So juvenile representatives of such kinds would not have been too big.

Interestingly, research by evolutionists has shown that such dinosaurs underwent a major growth spurt in adolescence.1 Those aboard the Ark were likely2 at an age such that they were still small enough to easily embark, but ready to grow rapidly and reproduce soon after the year-long cataclysm. 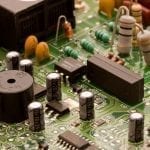