For example, to try out our methods let us see if we can confirm the well known conclusion on snowflakes. Is it scientifically justifiable to believe that all snowflakes are originals? We could use the tossed coin analogy to detect probability. From probability, believability may be determined.

We might compare a snowflake to a tossed coin. A snowflake can be an original or a duplicate, the way a tossed coin can come up a head or a tail. Wilson Alwyn Bentley (1861-1931) noted that there was not one duplicate amongst the 5,381 snowflakes that he photographed. That was like tossing a coin 5,381 times and having it come up heads every time. The probability of that is extremely low. We can find out how low by using the equation Y = 2N . The probability of Bentley’s result is P = 1/2N or P = 1/25,381.

Such a probability would be about one chance in a number with 99 zeros after it. If we were tossing a coin, then getting 5,381 heads with no tails, or vice versa, this might be expected by chance once in

Scientists will believe a conclusion if the probability of being wrong is low, like less than five chances in 100 such experiments, P < 0.05. Bentley’s results qualify for believability because if the belief is that all snowflakes are originals, then the chances of being wrong would be 1 chance in the number above with the 99 zeros after it.

Now we know why scientists believe that all snowflakes are originals. The chance of being wrong is extremely low, much less than the common science standard of less than five chances in 100 such experiments, P < 0.05. We have confirmed with believability based on probability why scientists believe all snowflakes are originals. The chances of being wrong are extremely low.

The probability and believability of mathematics are important because they can be applied to the other objects in the universe. And that in turn will permit the development of a Theory of Everything. Finally, that theory will indicate whether or not the secular classical science of all the objects in the universe agrees or disagrees with what Genesis teaches.

The book, Originality throughout the Universe, covers the entire universe and proves that every object in it was created. And the proofs are not merely subjective arguments. There are no more convincing objective proofs in all of secular classical science. 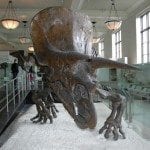