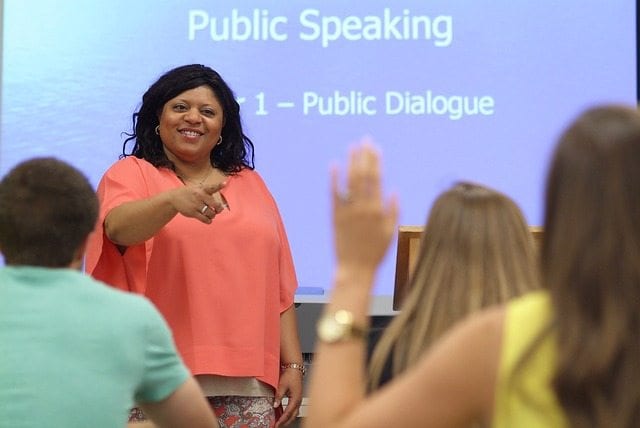 You pick a seat in a large room full of strangers.  You shuffle through your backpack, check your phone, and try to have a friendly conversation with the people around you as you wait.  Finally, a professor walks in and welcomes you to the first day of class.  After going over the course syllabus, your professor begins his lecture on scientific method.  This professor tells you that a true scientific hypothesis must be testable and provable, then he says, “Here’s another example of a non-provable idea:  ‘Jesus loves me’.  You can’t prove that because love is a subjective emotion that cannot be tested. ”*  He pauses for a minute.  What do you do?  Should you say something?

The popular movie, God’s Not Dead, that came out earlier this year focused on the topic of Christians speaking up for what we believe in class and elsewhere.   I do not endorse the movie because it portrays the Big Bang and evolution as being in harmony with the Bible, but I’d like to discuss the point this movie brings up about Christians speaking up in class.  As Christians, we must not be asking ourselves “should I stand up for my beliefs” rather, “how should I stand up for my beliefs”.

Going head-to-head against a professor may seem like the most obvious way to speak up, but the question of exactly how you should stand up for your faith does not have a cookie-cutter answer that works for everyone in all situations.   Take it one step at a time, humbly seeking the Lord for His will.  Personally, I chose to verbally speak up for my beliefs in young earth creation in class quite frequently and I can tell you it was sometimes terrifying.   Looking back, I don’t regret any of the times I spoke up, but I do regret some of the times when I didn’t speak up and should have.  Don’t hide your faith, but  you don’t necessarily need to play t-shirt wars with your professor either (though I have done that).

In my first geology class, I chose to be very vocal about my beliefs in Biblical creation because I realized that all my classmates were going to believe my professor when he said that they didn’t have to compromise the Bible to believe in millions of years.  I couldn’t stand by and just let their souls be deceived like that.  I felt compelled to share the truth I know out of love for them and their families.  I have been blessed beyond belief, but we are meant to share the gifts that God gives.

Next week, I will share some practical tips I have learned about speaking up in class.

*Paraphrased from the author’s experience 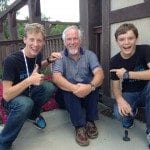 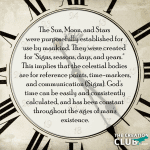