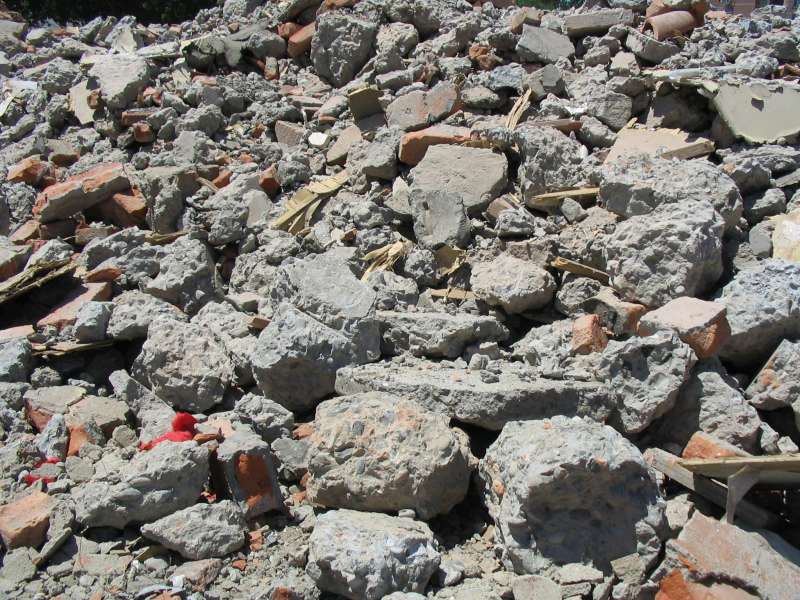 Shalom! I pray that you are all doing well and that YHVH will continue to open your eyes to the Truth. Today I am going to discuss a matter that for some people may be controversial. Some of you may wonder what Israel and Hamas has to do with Creation and the beginning. What I am going to share is something that, I believe, is a crucial part of what is going on in the world today; and frankly something that people miss when they read the Book of Genesis.

If you look on your TV, cellphone, computer, etc. and look at what´s happening in the world at any given time, you will more than likely see about the war that is going on between Israel and Hamas. And depending where you get your news from, will more than likely depend on what your outlook is on the situation. Some news stations show Hamas being the instigator of the war, and that Israel is just trying to protect itself; and others show Israel as the oppressor, and they are killing too many innocent civilians. While there is no doubt that death is a tragedy and that there is no such thing as a just war unless YHVH is the one that leads it; we as believers need to understand that everything that we see in the world, especially in the Middle East, and especially involving the Land of Israel, has been already foretold since the beginning. Yes, the beginning. In fact, it is so foretold that if we just looked in the Hebrew we could see that this war has been raging ever since the times of Noah, and that Hamas has been one of the main reasons behind it.

Wait… Hamas? Yes, Hamas has been involved many times in the Scriptures, and the very first time was in Genesis 6:11:

In fact the word Hamas (Chamas in Hebrew) is used 39 times in the Tanach (Old Testament)! Here is the Strong´s for this Word:

There has always been “Hamas” throughout history, a violence that knows no limits. YHVH had to send a global flood to destroy that violence the first time. But it has reappeared again and again. Why? Well, sadly it came through one of Noah´s sons. His name?? Ham (Cham in Hebrew)! And through his son Canaan, who by the way was the son that was cursed when Ham saw his father´s nakedness, from who came the Canaanites, who were the people that lived in the land when Abraham (Abram at the time) entered the land. Esau married 2 daughters from the children of Canaan. He also married a daughter of Ishmael, who just happened to be married to an Egyptian woman. I believe that most Native Egyptians are also descendants of the sons of Ham. It is all an amazing yet saddening cycle. Everything fits perfectly, and the most amazing thing about it? Our Creator foretold it far before it actually happened. He knew there was going to be a battle between these 2 seeds, the righteous seed and the unrighteous seed.

He said in Genesis 3, after Adam and Eve ate from the Tree of Knowledge of Good and Evil:

Genesis 3:15
“And I put enmity between you and the woman, and between your seed and her Seed. He shall crush your head, and you shall crush His heel.”

There are many that talk about the spiritual battle between good and evil, but not near as many people mention the fact that it is a physical battle as well. Look here at Genesis 25:

Genesis 25:24-26
And when the days were filled for her to give birth, and see, twins were in her womb!
25 And the first came out red all over, like a hairy garment, so they called his name Esaw.
26 And afterward his brother came out, with his hand holding on to Esaw’s heel, so his name was called Jacob. And Issac was sixty years old when she bore them.

It´s incredible! Even from the womb these 2 nations have been fighting, just as our Creator foretold. And the battle has been going on ever since the beginning. This isn´t something new that is just from 1948. The fight between Israel (HIS Chosen People, the pure seed from Shem, Abraham, Issac, and Jacob) and Hamas (Violence, the twisted, mixed seed from Ham, Esau, and Ishmael) has been going on since the beginning of time.

And here´s the thing. We´re a part of this. Yes, we are a part of this, and not just a part, but we are Israel. When we take that step to enter His covenant and to follow our Messiah Yeshua, walking as He walked and talking as He talked, we become Israel not just spiritually but physically as well. We are grafted into the Olive Tree of the House of Israel (Rom 11:17) unified with our brothers and sisters throughout the world.

Now, saying that, there is a warning given by our brother in Messiah Apostle Shaul/Paul in Romans 11. We need to be careful that we do not forget about our Brother Judah in the Land of Israel today and think that because they cannot see Messiah that they are not a part of the house of Israel. There are people that believe that since they have rejected Messiah (for the most part, even though all of the believers until Acts 10 were Jewish and there are tens of thousands of Messianic Jews in the Land today) that they are not a part of the Olive Tree. In Romans 11:8-10, 24-25 Shaul/Paul tells us that YHVH has put them into a deep sleep and has hardened them so that they cannot see Messiah until the until the “completeness of the gentiles” has taken place. Take the time to read the whole chapter, but I want to specifically talk about verses 17-24:

Romans 11:17-24
17 And if some of the branches were broken off, and you, being a wild olive tree, have been grafted in among them, and came to share the root and fatness of the olive tree,
18 do not boast against the branches. And if you boast, remember: you do not bear the root, but the root bears you!
19 You shall say then, “The branches were broken off that I might be grafted in.”
20 Good! By unbelief they were broken off, and you stand by belief. Do not be arrogant, but fear.
21 For if Elohim did not spare the natural branches, He might not spare you either.
22 See then the kindness and sharpness of Elohim: on those who fell sharpness, but toward you kindness, if you continue in His kindness, otherwise you also shall be cut off.
23 And they also, if they do not continue in unbelief, shall be grafted in, for Elohim is able to graft them in again.
24 For if you were cut out of the olive tree which is wild by nature, and were grafted contrary to nature into a good olive tree, how much more shall these who are the natural branches, be grafted into their own olive tree?

We need to be watchful that we do not become like this. We must bless them and not curse them or deny them, because they are a part of the Olive Tree as well. YHVH told Abraham:

Genesis 12:1-3
And YHVH said to Abram, “Go yourself out of your land, from your relatives and from your father’s house, to a land which I show you.
2 “And I shall make you a great nation, and bless you and make your name great, and you shall be a blessing!
3 “And I shall bless those who bless you, and curse him who curses you. And in you all the clans of the earth shall be blessed.”

May this prophecy come true in our days, and may we be able to say with them:

Jeremiah 31:23-25
Thus said YHVH of hosts, the Elohim of Yisraʼel, “Let them once again say this word in the land of Yehudah and in its cities, when I turn back their captivity, ‘YHVH bless you, O home of righteousness, mountain of set-apartness!ʼʼ
24 “And in Yehudah and all its cities farmers and those who journey with flocks, shall dwell together.
25 “For I shall fill the weary being, and I shall replenish every grieved being.”

We need to be ready and stand with them, arm and arm, hand and hand, fighting the evil that surrounds us and praying that our Messiah comes soon, saying as our Messiah said had to be said before He would come back:

Matthew 23:39
For I say to you, from now on you shall by no means see Me, until you say,
‘(Baruch Haba B´Shem YHVH) Blessed is He who is coming in the Name of YHVH!’ 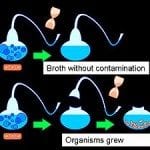 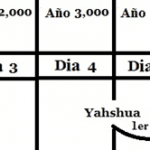