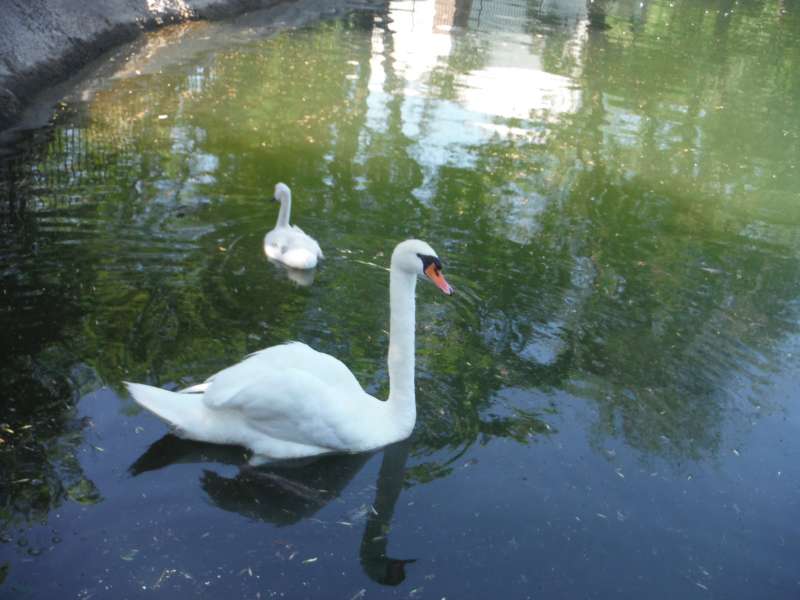 “Look kids! I think that might be a swan with her babies!” I exclaimed, pointing across the pond. My young companions and I wandered around the pond to get a closer look. Sure enough, it was large, graceful white mother swan with her five grayish-brown young. I couldn’t remember ever having seen a swan in person before, though perhaps at a zoo once. It reminded me of a description in one of the Laura Ingalls Wilder books I read many times over as a child, when Pa accidentally shot a swan in By the Shores of Silver Lake. We watched the swans for quite a while, noticing several odd habits this beautiful bird had and wondering why.

There are several different types of swans, including the Trumpeter and Tundra swans that are native to North America. The ones I saw with my young friends are Mute Swans, classified as Cygnus Olor, that were originally brought over from Europe and later spread to the wild, mostly in the eastern/northeastern states. Mute Swans, though quiet, aren’t really completely mute – they don’t make the same call that a Trumpeter does, but they do sometimes make various snorting, growling, hissing, barking noises and rarely a trumpeting call.  These birds are among the largest waterfowl in North America, almost the same size as the Trumpeter Swan, as adults can weigh close to thirty pounds and their wingspan can be over seven feet long. On average, they live about twelve years.

Mute Swans with their beautiful, S-curved neck and distinguishing black knob near their forehead, just above the orange bill, are often depicted in art. In North America, these swans are fairly controversial because they can be destructive to an ecosystem and tend to be unusually territorial, driving away other birds. I kept those kids close, making them back away from the pond when we saw the mother go on a surprising high-speed chase to get a duck. We watched the duck try to hide under water, to no avail. It finally got away by squeezing between the rungs of the fence surrounding the pond.

Swans seem to have fairly strong family units. The cob (male) and pen (female, like “hen”) mate for life; sometimes they find a new mate if the other dies. They usually choose to build their nest close to where the pen hatched. The pen sets builds the nest, usually on shallow water or an island, while the cob gathers materials. They work together to protect and feed the family, even staggering molting between male and female so that one is always fully able to protect their offspring. The pen usually lays about 5-7 eggs, sometimes more, hatching as the gray-brown baby swans, called cygnets, so different from their graceful white parents. It takes about 4-5 months for the cygnets to mature, and after spending their first winter with their parents will be sent off on their own, usually staying with siblings for a while. They generally find mates around the time they’re two and have their first nesting around the time they’re three or four.

One of the kids pointed out the odd way one of the babies, a cygnet, was holding one foot in an odd position out of the water. At first we wondered if it had a hurt or broken foot, but later noticed some of the other babies and the mother doing the same thing, sometimes holding one foot out of the water and sometimes the other. Why do they hold one foot in such a strange, painful looking way? The most likely reason is to help regulate their body temperatures. Ducks, geese, and swans often live in cold environments, and though they have warm, feathered coats are often seen standing on ice or snow with their “bare feet”. You might think they get cold or get frostbite, but they don’t because of the special way God designed their feet and blood flow. The arteries carrying warm blood to the feet and the veins carrying cooler blood back to the heart are interwoven in such a way that the temperature between the two evens out so that they are nearly the same temperature. This keeps the bird from losing much heat energy at all in its feet – it actually loses more heat through its feathers! Also duck, goose, and swan feet don’t have much soft tissue or muscle requiring a lot of warm blood.   It truly is amazing the way God created creatures in such a way that they will be provided for and protected – He does the same for us, too! 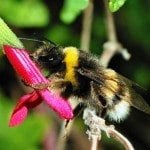 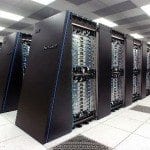