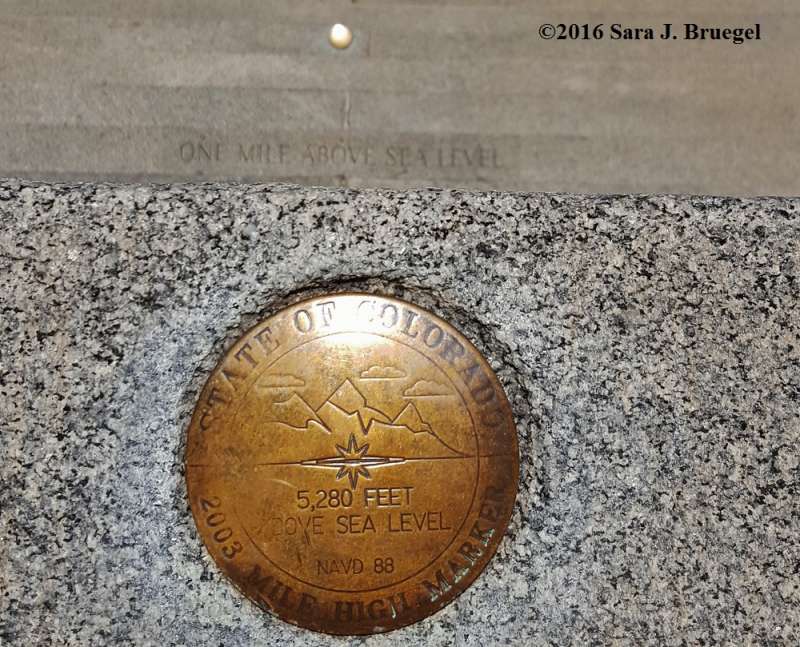 “ . . . Eight, nine, ten” our group chanted as we climbed the grand stone steps, voices ringing loud and clear in the early evening air.   “ . . . Eleven, twelve, thirteen!” We stood all together and posed for a picture, there on the thirteenth step of the Colorado state capitol building in Denver, standing exactly one mile above average sea level.  Denver, Colorado is known as the “Mile High City”, but most of the city sits slightly lower than the exact 5,280 feet that make one mile.  The area right around the state capitol building is a small hill, making it a little higher than the rest of the city.  Looking at the front entrance of the elaborate building, the fifteenth step is clearly engraved with the words “One Mile Above Sea Level”, but there are also two brass markers on other steps that say they mark exactly one mile. One above the engraved letters, on the eighteenth step, and another below them both on the thirteenth step. Of course, I wondered, which one is right?

Three steps said they were exactly one mile above sea level, but only one could be right.  Looking closely at the markers, I noticed that the inscription on the lowest bronze marker included the year, “2003”.  But, the other bronze marker was difficult to read and the engraved step did not include dates or other details.  Upon further investigation, I discovered that when the Colorado state capitol building was first built in the 1890’s, the fifteenth step (the engraved one) was found to be the mile-high sweet spot.  Later, in 1969, it was re-surveyed by students of Colorado State University and the eighteenth step was marked as being one mile high.  Using modern technological advances to re-measure in 2003, the thirteenth step was marked as being exactly one mile – 5,280 feet – above sea level.

Satellites (like GPS) and numerous other tools from modern technology have enabled people to make more accurate measurements over the years. I had to wonder . . . how big of a difference does each step of the Colorado State Capitol building make? Looking at those steps that seemed far apart, but realizing exactly how high each step is compared to the one mile height helps put them into perspective. If you compared the height of one step to a mile, it would be the same as comparing:

Can you imagine trying to measure something so accurately?  It’s no wonder the official mile-high step measurement has changed over the years.  When it comes to the tiny, precise differences of measurements, we can clearly see that human ability and intelligence is limited.  All people (including scientists) are finite.  We cannot get everything perfect, much as we would like to.

But, God knows and perfectly controls details that are way smaller and more significant than we can ever begin to grasp.  He controls and perfectly orders details that keep atoms together, edits the DNA in our bodies, and shields us from more dangers than we could imagine. The Lord perfectly orchestrates the rising and setting of the sun, changing of the seasons, beating of your heart, and the forces that keep everything from disintegrating or worse.  Our mighty Creator, the God of the Bible, knows the number of hairs on your head and the number of hours you will spend on earth.  He knows every thought that has ever popped into your head.  He can arrange perfect timings for bumping in to a friend unexpectedly or convicting your heart to pray for someone right when they need it.  That same Person, the King of the universe, wants to draw you to a closer walk with Him every day, growing and loving Him more every day.  Be sure to seek Him with your whole heart and choose to humbly acknowledge that His ways are always right.

“But even the hairs of your head are all numbered” 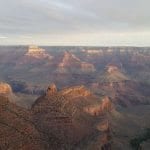