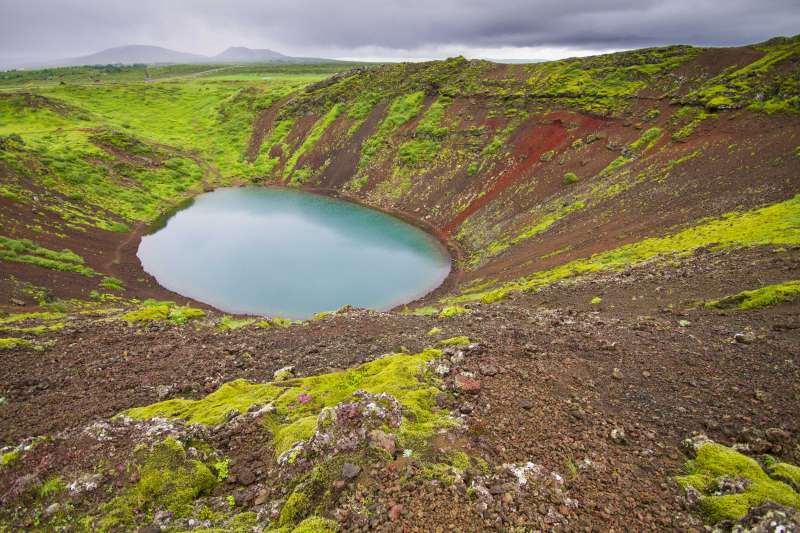 The dreariness of the cloudy, damp afternoon air was negated by my energy and excitement as I walked along the path, stopping every few steps to be enamored with the little things around me.  Suddenly, I saw something through the trees that made me gasp.  I kept on walking to get a better view at the end of the path.  A few feet in front of where I stood, the ground suddenly dropped into a giant, steep crater in the ground.  The view was beautiful and mind blowing.  I tried to imagine what it would have looked like with fresh, hot lava exploding out of this place, like it had when it was first formed.  Volcanoes can make many different amazing rocks and land formations.  Last week, I wrote about two types of lava flows, pahoehoe and A’a (read that article here).  But, a volcano is so much more than just flowing lava.  Today, let’s explore five formations made by volcanoes – and since they all start with the letter “C”, we will call them the 4 C’s of volcanoes.

I mentioned seeing a crater at the beginning of this article.  That’s our first “C”. When you think of a crater, features on the moon or made by meteorites  are probably the first things to come to mind.  Volcanic craters usually have a vent inside that lava and other volcanic debris comes out of.  Not all volcanic craters are at the top of the volcano –  some happen along the sides of the mountain as well.  The second “C”, is called a caldera, and is very similar to a crater.  A caldera is a crater that collapsed into its magma chamber, making it much larger.  Compared to a crater, a caldera usually has steeper sides and a flatter bottom.

Cones are another amazing feature of volcanoes.  They are made of volcanic debris piling up.  Spatter cones are made of a bunch of thin, wet clots of lava that splat when they hit the ground.  As the lava gets splattered up in one place, it creates a little pile, called a spatter cone.  There are other types of cones as well.  Ash cones are made of piles of volcanic ash, that have wide crater at the top.  Then there are cinder cones, which are made of a bubbly lava rock called scoria – this is the same type of lava rock you would find in gardens and landscaping.   These cinder cones also have a crater, but their piles and craters are more narrow than ash cones.

The final “C” of volcanoes is columns.  Sometimes cooling lava will crack in a special pattern of columns.  These columns look like hexagon (six-sided) shaped logs stacked side by side.  Although the most common shape is a hexagon, columns with anywhere between three and eight sides can be created in different situations.  They look like pillars all squished together when they stand upright, or stacked logs when they are sideways.  It all just depends on where the heat is coming from and where the lava can let off some steam.  We find these columns all throughout the rock record, including in the Grand Canyon.  Some people say that they have actually watched these columns forming as the lava cooled quickly.

That’s one of the most incredible things about Hawaii – seeing geology in action.  Hawaii is a great reminder of how young our earth really is.  Quick, dramatic spurts of volcanic eruptions can dramatically change the landscape.  People will often point to the very same types of formations we see on Hawaii and claim that they took long periods of time to form or that they are millions of years old, like the rock columns on the bottom of the Grand Canyon.  Humans have witnessed many small-scale disasters on Hawaii and other volcanoes.  Some  have been able to take pictures or even videos of these things in action.  Those small-scale disasters are just leftovers after the global flood that would have included lots of volcanic activity.  While people may point to radioisotope rock dating as “proof” that other volcanic rock formations are very old, those dates are not very reliable.  Lava from Hawaii that people saw erupting in 1800 was tested for radioisotopes and it came back with a supposed minimum age of 160 million years.   We know that’s not the case for this lava, so why trust it to tell us dates of lava?

Volcanoes are also a solemn reminder of how quickly things can change.  Don’t take your life for granted.  Don’t take your future for granted.  Do you know what your life’s purpose is?  Do you know what will happen when you die? What if you lost everything tomorrow?  The Bible has the answers about geology, the global flood, and the age of the earth, but it also has the answers to all the most important questions of life.  And so much more than just answers for your mind, but also a life-long relationship for your soul. 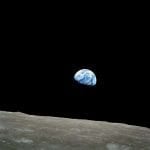