A supernova is a star that has reached a critical point, and explodes, normally in a spectacular display of light.

Based on the Big Bang theory, shortly after an explosion 14 billion years ago, stars began forming and exploding frequently, and as the first stars went supernova (or exploded), they gave rise to a second generation of stars called Population II. As these went supernova, a third generation was borne.

What is interesting to note is that we observe very little supernova activity. Very few stars are actually exploding, and there are not anywhere near enough supernovae to produce the elements that we see today. In May of 2011, I was able to photograph a supernova in M51. This is a rare event, even considering that M51 is thought to contain over 200 billion stars.

But the problem is much deeper. Not only are exploding stars somewhat rare, astronomers can’t find first generation stars. Without the existence of these stars, second and third generation stars cannot be created, and one more aspect of the Big Bang model falls to pieces.

I’m David Rives, inviting you to study and observe that truly, the Heavens Declare the Glory of God. 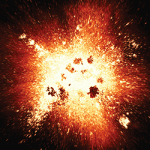 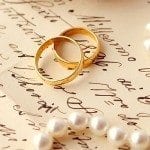