Some of the ancients believed that the earth was a flat disk or plane, sitting on the back of a giant turtle who floated in a giant pool of water.

Quite a fanciful story. It sounds like a fairy tale… But still quite a complex and detailed idea!

There’s another fanciful story, a complex and detailed theory, that starts with a lot of time, a lot of matter that came into existence from nothing, a violent event — best described to the lay-person as an explosion in space — and the coalescing of that explosion into complex systems, structure, physics, and laws. Simply put, order out of chaos by random chance — a direct contradiction to the very laws of nature.

Job is often regarded as the oldest book in our Bible, yet many claim that the Bible is only a fairy tale, containing no real science. We read in Job 26 that God hangs the earth upon nothing…

Not a turtle… not a flat disk… But a globe with space all around it!

Long before it was shown that the earth is a spherical mass in the vacuum of space, we could have predicted it — if only we had paid attention to the biblical account.

A giant turtle? Chance design? Or a Creator who hung the earth in space, and commanded the stars of heaven to shine. 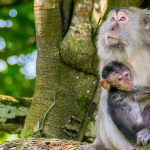 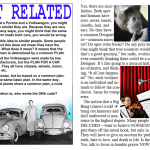