When I was studying for my article on Telomeres I ran into some interesting ideas. Let’s take them one by one and see how they line up with what we expect the world to be like since we know God the Creator!

1. From the University of Utah genetics: “Cawthon says that if all processes of aging could be eliminated and oxidative stress damage could be repaired, “one estimate is people could live 1,000 years.””

If you haven’t run into it yet, you will. People scoff at the Bible telling us our forefathers lived this long. But with today’s science we can see how such a lifespan is possible.

2. From the Telomerase Database: “mutations in telomerase genes have been associated with a multitude of diseases including aplastic anaemia, dyskeratosis congenita, and idiopathic pulmonary fibrosis.”

Understanding what mutations do is one of the four basic things to get straight about science. Mutations cannot make something out of nothing. They are helpful every once in a while, but they only work by breaking what is already there.

And mutations are the only mechanism known to science for Evolution to build new organisms with.

Get this and you understand science better than most grownups on the planet!

3. Remember how telomerase helps rebuild telomeres so the DNA can continue being copied? The first thing all of us think of is why can’t we just get a bunch of this stuff and keep our bodies young forever? It sounds like it should be something super easy to do. But here’s the problem. We’ve known since 1995 that there is a direct connection between Telomerase and cancer.

In fact, we estimate that Telomerase is expressed in more than 90% of human cancers.

Even in cancers that don’t have Telomerase helping the tumor stay alive, another process is helping the Telomeres stay long enough to keep the DNA copying endlessly.

Having immortal cells in your body is likely to kill you!

Let’s look back at what God did to the world after Adam and Eve sinned. First, He told them life was going to be rough. Suffering, sweat, and relationship problems would be a fact of life. Then He told them their bodies would eventually turn back into dust. They would not live on earth endlessly.

God even blocked the way to the Tree of Life so they wouldn’t be able to keep their bodies young forever.

Looking back at history we can see God wasn’t being mean by doing this, He was protecting us.

What happened to almost every person on the planet when people were living close to 1,000 years? It took 1,500 years for things to get so bad God was ready to wipe every living thing off the face of the earth. When people choose their own way over God’s, the longer they live, the worse they get. Death stops most people from going down the wrong path very far.

Plus, there’s this idea:

Wouldn’t you rather die of old age in your bed with your loved ones around than be killed by war?

Then said Hezekiah unto Isaiah, Good is the word of the LORD which thou hast spoken. And he said, Is it not good, if peace and truth be in my days? II Kings 20:19

Sure, King Hezekiah was being selfish here, but it was still God’s mercy that let him have his treasures and a comfortable life until the end. His descendants would have a much harder time because they refused to obey God and judgment came!

Me, I hope and plan to live into my 90s like my Grandpas. But after that, heaven sounds far better than a 1,000 year life with sin and suffering around.

I am caught in a dilemma: my desire is to go off and be with the Messiah — that is better by far. Philippians 1:23 Complete Jewish Bible 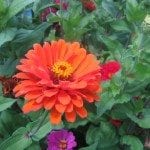 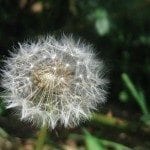