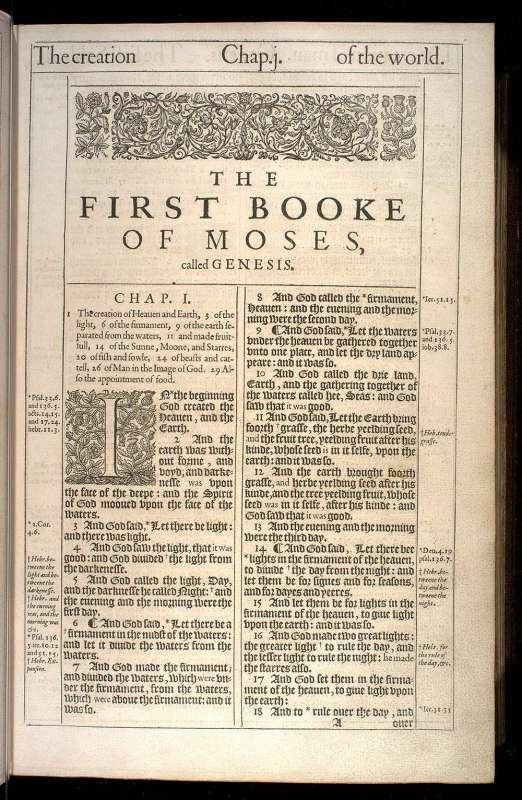 The Days of Genesis 1–Literal or Figurative?

Were the days of creation described in Genesis 1 long periods of time or normal days?

The natural reading of Genesis points clearly toward the latter, with each day having a definite beginning and ending (Genesis 1:8). The biblical authors showed no embarrassment over ascribing the existence of the Universe to the power of the spoken Word of God (e.g., Psalm 33:6; 148:5). They even called upon the creation itself to testify of the mighty power of Yahweh; such testimony was seen as sufficient to dispense with atheism (cf. Psalm 148; Romans 1:19-20). Recent creation also appears to be one of the “givens” of this ancient faith. The Israelites did not imagine that the world somehow had existed for multiplied millennia before their sacred history began. Adam was created on the sixth day, and human history was reckoned from that point (Genesis 5,11; Luke 3:23-38; Jude 14). Although they might have felt tempted to push the date of creation back several thousand years to compete with the Sumerian claims that some of their kings reigned for tens of thousands of years (Harrison, 1969, p. 151), they resisted, leaving a chronology that can hardly mean anything if stretched by even a few thousand years (White, 1985, pp. 21-30).

A GAP FOR TIME?

To many modern minds, however, recent creation simply is untenable. Advances in our understanding of the Universe, especially those relating to its massive size, have led many to conclude that creation could not have occurred less than 17 billion years ago (Ross, 1994, pp. 91-102). Some who wish to maintain a belief in the truthfulness of the Bible, and accept the force of these age calculations based on cosmology, have felt that an “adjustment” of the biblical chronology must be made. One proposal for such an adjustment is known as the Gap Theory, as it seeks to place all of this time into a gap between an undated “beginning” (mentioned in Genesis 1:1) and the creation week described in Genesis 1:2-31. Yet, the total lack of exegetical support for this view causes it to collapse under its own weight (Fields, 1976).

A more popular proposal is known as the Day-Age Theory, because it seeks to convert the creation “days” into vast epochs of time, or “ages.” Support for this view has been sought in the variety of ways the Hebrew Scriptures use the word “day.” However, the matter cannot be settled by merely appealing to the ways the word “day” is used elsewhere; the issue must be determined by how the word is used in Genesis 1. In that context, the most natural reading is that the days were normal, 24-hours days (see Thompson, 1995, pp. 127-155).

Justification also is sought in 2 Peter 3:8 where the Bible says: “with the Lord one day is as a thousand years, and a thousand years as one day.” Hence, if God defines a “day” as being equivalent to 1,000 years, the days of creation must have been 1,000 years each. Two problems are obvious with this argument. First, the definition of “day” is not the concern of the passage, but rather the longsuffering nature of God. The intervention of many years between a promise of God and its fulfillment should not lull one into the belief that God will fail to keep His word—since human time is inconsequential to God. Second, this passage is irrelevant to the discussion. Even if one were to grant this strained interpretation a voice in the discussion of the creation week, the most one gains is 7,000 years—hardly the billions needed to accommodate current age estimates.

IS GOD RETIRED OR AT REST?

Another passage called upon to prove that the creation “days” were long ages is Hebrews 4:4-11, where the inspired writer speaks of the continuation of God’s rest:

For He has spoken in a certain place of the seventh day in this way: And God rested on the seventh day from all His works; and again in this place: They shall not enter My rest. Since therefore it remains that some must enter it, and those to whom it was first preached did not enter because of disobedience again He designates a certain day, saying in David, Today, after such a long time, as it has been said: Today, if you will hear His voice, Do not harden your hearts. For if Joshua had given them rest, then He would not afterward have spoken of another day. There remains therefore a rest for the people of God. For he who has entered His rest has himself also ceased from his works as God did from His. Let us therefore be diligent to enter that rest, lest anyone fall according to the same example of disobedience.

Hence, if God’s Sabbath day (the seventh day of the creation week) is continuing to this very day, then perhaps the other days of the creation week were also long periods of time (Ross, 1994, pp. 48-49,59-60; Geisler and Brooks, 1990, p. 230). It is difficult to see, however, how this passage can be used either to argue that the seventh day continues, or to justify belief in the Day Age Theory. In the first place, the passage says nothing of the duration of the seventh day of the creation week. It does speak of a cessation—beginning on the seventh day—of God’s creation activity. But the fact that God has not engaged in creation activity since the close of day six says nothing about the duration of the creation days. If a man retired from military service at age 40 and began another career, his new employment would not be called “retirement” just because he is retired from one career. Likewise, God finished the creation, took a day of rest, and then entered a new working relationship with the created realm. His “rest” from creation activity continues, but His Sabbath day does not. In fact, God has been working diligently in Creation since the beginning (see Daniel 5:21). While walking the dusty roads of Earth, Jesus affirmed that God still was working (John 5:17). By faith we see His work continue (Ephesians 3:20-21).

God’s desire is not to share a Sabbath “day” with His creation, but a “rest” that the Sabbath day typified. The Israelites rebelled in the wilderness and entered into neither the rest of Canaan (i.e., rest in their own new homes) nor the heavenly rest (rest from the toil of life) with God. Although Joshua led the next generation of Israelites into the rest of Canaan (Joshua 22:4), he was incapable of leading them into the heavenly rest. Leadership into that rest is provided by Jesus (cf. Matthew 11:28-30).

In the second place, even if it could be demonstrated that the seventh day were ongoing, such would only succeed in proving that the seventh day differed in duration from the preceding six. But, the days of the creation week are not so shrouded in mystery that we must turn to this metaphorically charged passage to figure them out. Genesis itself defines them as periods comprised of: (1) creative activity; and (2) “evening and morning” (1:5,8,13,19,23,31). Although the activity is miraculous, there is nothing unusual about the days themselves. A calm reading of the text implies, quite naturally, that day one (for example) began when God created light, continued through the coming of evening and terminated at the close of the next morning. Rather than beginning at sunset (as per Jewish customs), or at midnight (as per modern custom), the creation days apparently were reckoned from morning to morning (see Keil, 1980, p. 51; Leupold, 1942, pp. 55-59).

The ancient Hebrews hardly could have imagined that the creation week was any different from theirs. Thus when the Ten Commandments were issued, requiring them to observe a day of rest, it was natural for the creation week to serve as their model (Exodus 20:11). It is doubtful that any of the Jews who heard this command raised a hand to inquire about the duration of either their week or God’s. Regardless of what the astronomers and cosmologists may say about the age of the Universe, Genesis describes a creation week comprised of ordinary days. Contemporary efforts to reinterpret these days succeed neither to enhance confidence in the truthfulness of Scripture nor to accommodate current age calculations. 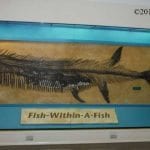 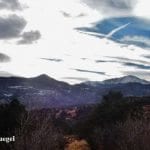