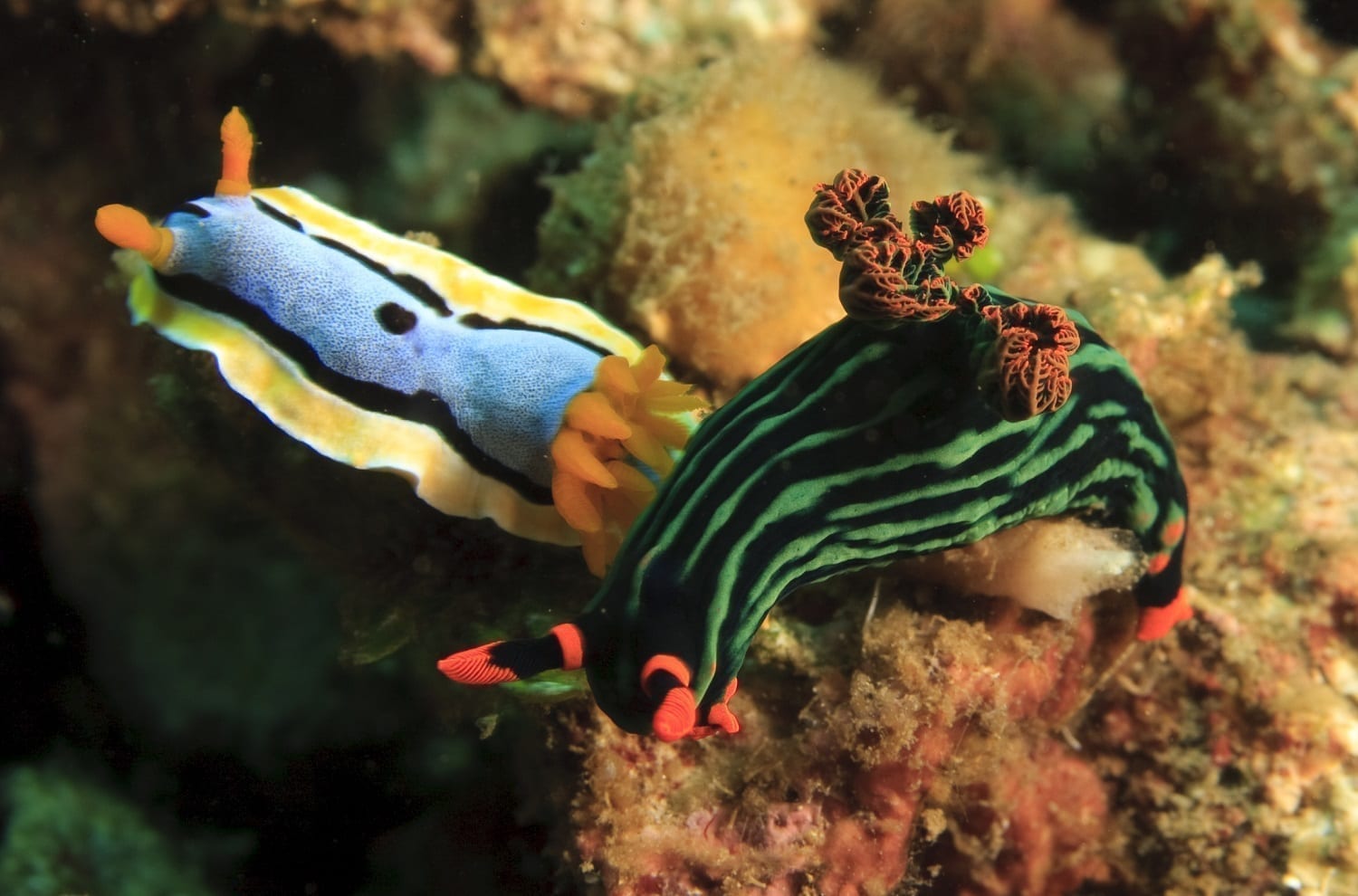 Some of the most beautiful creatures known to man are the nudibranchs. Nudibranchs are denizens of the deep, noted for their soft bodies and vibrant colors.

What is less well-known about Nudibranchs is their incredible designs and abilities which the Creator endowed them with from the beginning. This article will acquaint you with these gorgeous creatures, as well as explain how they challenge the evolutionary paradigm.

Nudibranchs are named for the combination of two Latin words that mean “naked gills.” They get this name from the apparent gills on their back which, unlike the gills on a fish, are exposed to the world. These, however, are not gills in the truest sense. Nudibranchs do breathe through these brachial plumes but the breathing is not the same as occurs in fish. Not all Nudibranchs breathe through brachial plumes. Some use special structures called cerata to breathe.

Nudibranchs are gastropods, in the same order as snails. All gastropods grow shells, and although they are not as prominent as snails’, nudibranchs actually have them as well, but only when they are young, shedding them before reaching maturity. However, like snails, nudibranchs spend their lives crawling on their stomach, at least for the most part. There are a couple species that can swim but almost all nudibranchs spend their lives searching for food on the ocean bed.  They are at home from the shallowest reef to the deep ocean beds.

Nudibranchs are not endowed with great vision, being able to discern the difference between light and dark and not much more. They are carnivorous, but their diet varies depending on the species, from sponges to tunicates, anemones, and even other nudibranchs.

For many nudibranchs, eating an anemone or other member of phylum Cnidaria is more than just a meal. It is also a defense mechanism. The stinging nematocysts of the cnidarians are not digested. Instead, many nudibranchs incorporate the nematocysts into their cerata on their back. Essentially, the nudibranchs add insult to injury. Not only do they eat the cnidarians, but they also turn the cnidarian defenses into their own defenses.  Since they cannot see well, nudibranchs find their prey by means of special head structures called rhinophores which they extend to touch nearby objects. A few nudibranchs also contain zooxanthellae, the algae that can also live with coral, which help produce food for them.

Most if not all nudibranchs are hermaphrodites.  This means they are both male and female. This is very important for a nudibranch that lives alone and has poor eyesight. Finding a mate can be difficult so it’s important that the nudibranch be able to mate with any other member of the same species it runs into. As a hermaphrodite, it can do just that. When nudibranchs mate, both pass gametes to the other and lay eggs. The egg masses are often just as colorful as the nudibranchs and sometimes contain toxins as well.

The incredible design of nudibranchs is in display in a number of areas.  The most obvious is the ability to acquire and reuse nematocysts from cnidarians.

How did nudibranchs gain immunity to the nematocysts? This alone would be an evolutionary challenge but taking the nematocysts and incorporating them into their own defense mechanisms is a bridge too far. These are foreign cells, that pass through the digestive tract but are rescued from digestion, transported to the cerata on the back, and incorporated into the nudibranch’s defense system.

How on earth could a system like that evolve? What even would you modify to do this? Nudibranchs are pretty simple by comparison to say, mammals. What system could possibly have been slowly and successively modified to permit this? And, given that cnidarians are not alive by the biblical definition of the word, this could have been designed into creation.

Further, nudibranchs being hermaphrodites is incredibly important for the survival of the kinds.  Small, mobility restricted organisms like nudibranchs struggle to find a mate, particularly in sparsely populated areas, like the deep sea. Being hermaphroditic permits nudibranchs to mate much more easily than they would if they had more a mammalian method of reproduction.  For evolutionists, this adaptation is difficult to explain, especially since they struggle to explain the existence of sex to start with.

Nudibranchs are incredible examples of the beauty God built into His creation. They also strongly point to the design God put into the world He made.  The rescuing of nematocysts in particular, is inexplicable from an evolutionary worldview. The beauty and design of the nudibranch stand as towering examples of God’s creation. 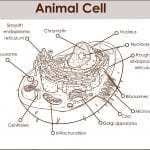 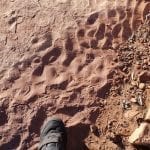