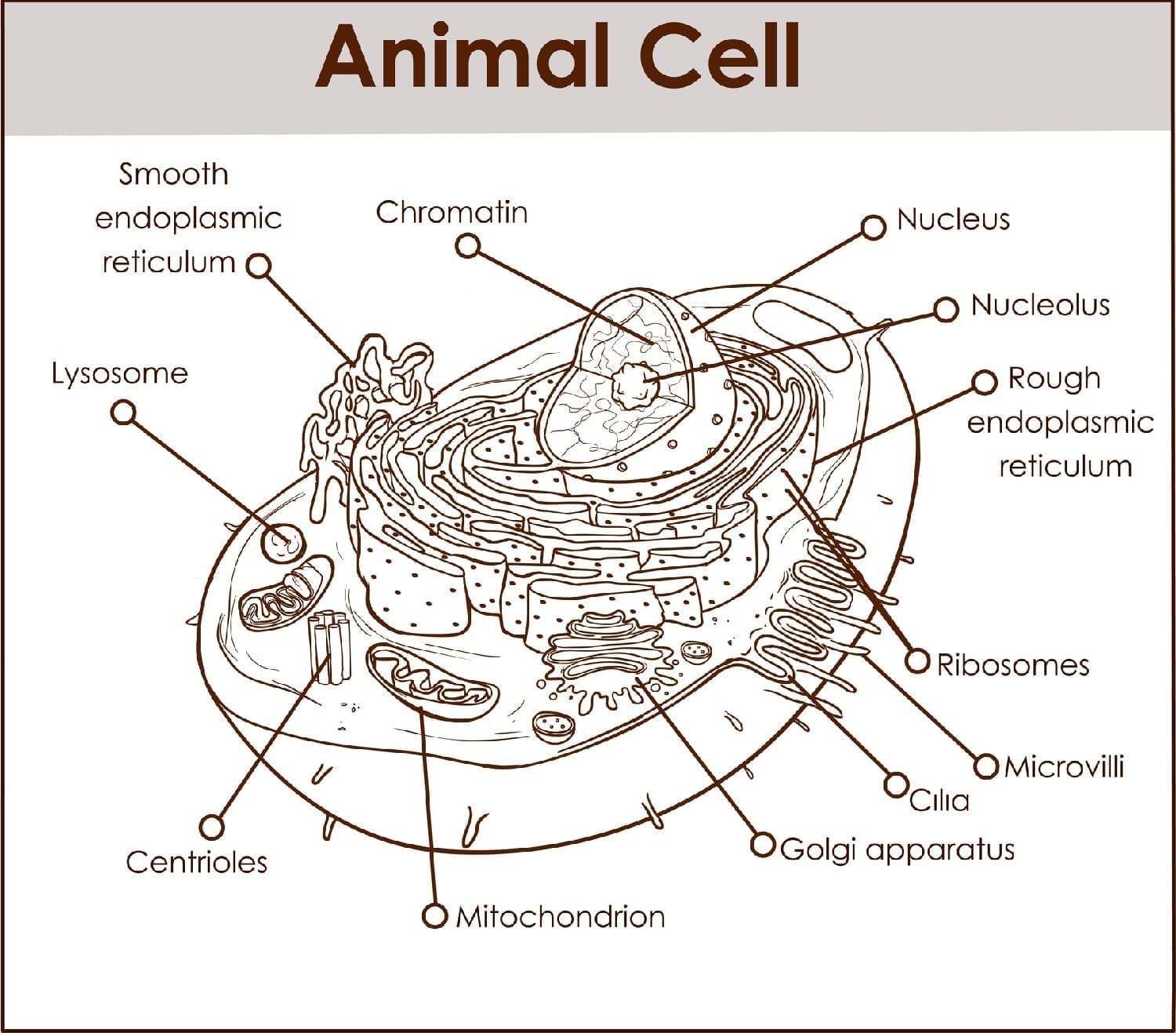 As creationists we can easily get caught up in arguments about specific things like “transitional” fossils and methods of dating, mutations and natural selection, etc. without knowing or thinking about the big picture, important ideas that we must understand clearly in order to properly see how all the pieces fit—or don’t fit.

Have you ever spent time considering the concept of complexity?

What is it, what makes something complex, and how can complexity be measured?

Complexity is a key idea related to many other ideas that make all the difference in how you understand of what can come about by natural means (the broadest meaning of “evolution” is “changes that have happened through the course of nature”) and especially biological evolution (“biologically inherited changes over generations”).

Evolutionists since Darwin have been giving such terms vague and even inaccurate meanings. They silently switch definitions of a multifaceted word, or create technical definitions which are full of jargon, exceptions, and twists to make them work with their beliefs. All because they cling to the idea that simple chemicals changed by natural processes alone into a living thing, and those first one-celled living things evolved by natural processes alone into everything else that ever lived, including you and me!

When you have a clear understanding of complexity, you can understand why evolutionists have a hard time dealing with it. Why they avoid defining and clearly identifying the difference between non-living and living things seems to be something in favor of blurring the distinction. And why a misunderstanding of the term “change” has been the key to believing in evolution at least since Darwin’s most famous book.

I recommend learning about dimensions, fractals, topology, and robotics as well as biology, but we can get a good start by simply thinking and considering some examples.

First of all, we all agree that “complex” is the “opposite” of “simple.” It should be simple to think about simple things, right? Don’t think at all: if you can do that, you’re thinking of nothing. There’s nothing to nothing, it does nothing, it can’t ever be anything but nothing. It’s like infinitely simple.

Now try to think of one, very simple thing. How about a rock? That’s a good start.
You might be tempted to take a sidetrack and think about how far from nothing a rock is, how it can be made of many minerals, many molecules made of many atoms, how atoms are strange combinations of protons, neutrons and electrons, and learn how atomic theory has changed, quantum mechanics, and much more…However, for all practical purposes none of that matters and a rock is just a rock. All the minerals and what they’re made of, any fossils that might be present, all add up to just a lump that you might hold in your hand and it doesn’t do anything.

Someone might say that it changes the energy of sunlight to heat energy, but the rock doesn’t DO anything, light energy turns to heat when it hits anything. If you drop it, the potential energy it had is converted to kinetic energy, but that’s not because the rock did anything, it’s because you picked it up and let it go.

We can tell that some rocks have been shaped by intelligent humans, just because they have special shapes that we know are not produced by chance or by their crystalline structure. Hand axes, scrapers, spear points and arrow heads are just some of the simple rocks that scientists have no doubt could only be formed by humans.

Are two rocks more complex than one rock? How about a lot of rocks? What about a lot of rocks piled up in an arch shape to make a bridge? Not really more complex, even if the rocks are joined with some kind of mortar or cement. Wind and rain can make a hole in a ridge of rock and form a natural bridge. Erosion of rocks can also make shapes that look a lot like faces, at least when viewed from the right angle. However, we have no trouble telling most natural formations from manmade statues and bridges, even though all these things can be called simple.

So what’s the next step in something becoming complex? Some people say snowflakes have “complex” patterns, but think about it:

What are snowflakes made of? Just water. Why do they have those shapes? because of the properties of water as it freezes and the atmospheric conditions in which they form. What do they do? Nothing… until they melt.

Now suppose we think of something made of two very different things, that wouldn’t come together in that way naturally.

Even simple ancient spears are known to have been made from a specially-shaped rock and a wooden shaft, with plant fibers and glue to hold them together. Still a single, solid object, but we can say it is a little more complex because of the very different parts that are put together in a way that is necessary for them to hold together in that order, and it would never come about without human intellectual effort.

Now how about something that isn’t one solid piece?

Pliers or scissors are made of two pieces, but they are joined so that they can swivel back and forth. They might have wood, plastic, or rubber on the handles, but those are not needed for what they do. Wheels on axles are similar. The wheels and axles might be made of the same material, along with the cart or chariot they are mounted to, but their special shapes and arrangement allow them to turn around and around. Pulley systems are wheels and axles connected with something different, a rope. Properly arranged, they can allow a small child to raise large weights!

For thousands of years, such things were the limit to the complexity of things produced by humans. Even things like large ships and windmills were only combinations of things with the quality of being made of specially-shaped parts made of different materials that were arranged so that some could move in specific ways—IF moved by a human, animal, flowing water, or wind.

Perhaps very rarely something with an extra quality came along. One that we know of is a steam engine created by a man named Hero of Alexandria. It was made of parts arranged so that one of them would spin when filled with water and then heated. Unfortunately, nobody seems to have seen how useful this could be, and it was over a thousand years later before machines that moved because of internal power sources became common.

With the Renaissance, the Scientific Revolution, and the Industrial Revolution, more and more devices with increasing complexity were created. They were made of different materials arranged in specific ways to move only in certain ways, and continued to move for some time without constantly applied power from human, animal, wind, or natural water flow. The different materials were necessary for the things they did. Elaborate clocks entertained people in public squares. Spring-powered figures imitated singing birds in cages, walking animals, and doll-like “automatons” with mechanical arms that could write copies of a short letter or reproduce drawings. Ships and automobiles powered by steam, batteries, and internal combustion engines were designed and improved.

Finally, the development of electronics and programmable computers added another layer of complexity. Not only could devices operate with power sources that were part of them, they could change what they did according to coded information stored in them, without further guidance from humans, based on the input to their sensors. Now we have little robots that activate on their own at a preset time, travel around the house cleaning the floors, going in circles when they detect extra dirt, sometimes hugging walls, and finally returning themselves to their docking station to recharge their batteries.

So we see that as things get more complex:

They have all these levels of complexity, plus much more! They don’t need special docking bays and human-provided electricity or fuel, they gather their own energy. They also gather materials they need to build themselves up, maintain and repair all the parts—and many of their parts are complex things, too! Living things also don’t need humans to make more of them, and even in those that reproduce by division, the process is so complex it boggles the mind!

Outside of living things, there is nothing with the sort of complexity we have been thinking about. Most of the universe is made of simple elements, chemicals, and other things that just sit there doing nothing.

That’s about it. Nothing in nature that is not alive has the same level of complexity as a wind-up toy. How absurd to think that somehow a living thing, with all the complexity needed to do the things that it must to be considered alive, could somehow form from natural processes that don’t show any such complexity under any natural conditions!

But suppose we skip over how the first life formed, but start with the evolutionary theory that life was first just a population of one-celled creatures. Think about all the complex parts in all the other living things.

What sort of changes have we observed and that have been presented as evolution happening?

There are more serious examples put forward in technical research papers, but they have all been examined and have the same problem.

None show a trend toward producing something that hasn’t been seen before, made of different parts that need to be different, arranged in a certain way that has no reason for being that way other than that arrangement being needed for the parts to do something actively. If none of the changes we’ve observed show any potential for producing such complex parts, what reason is there to believe that such changes happened very many times in the past? 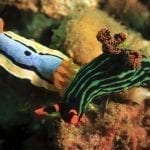