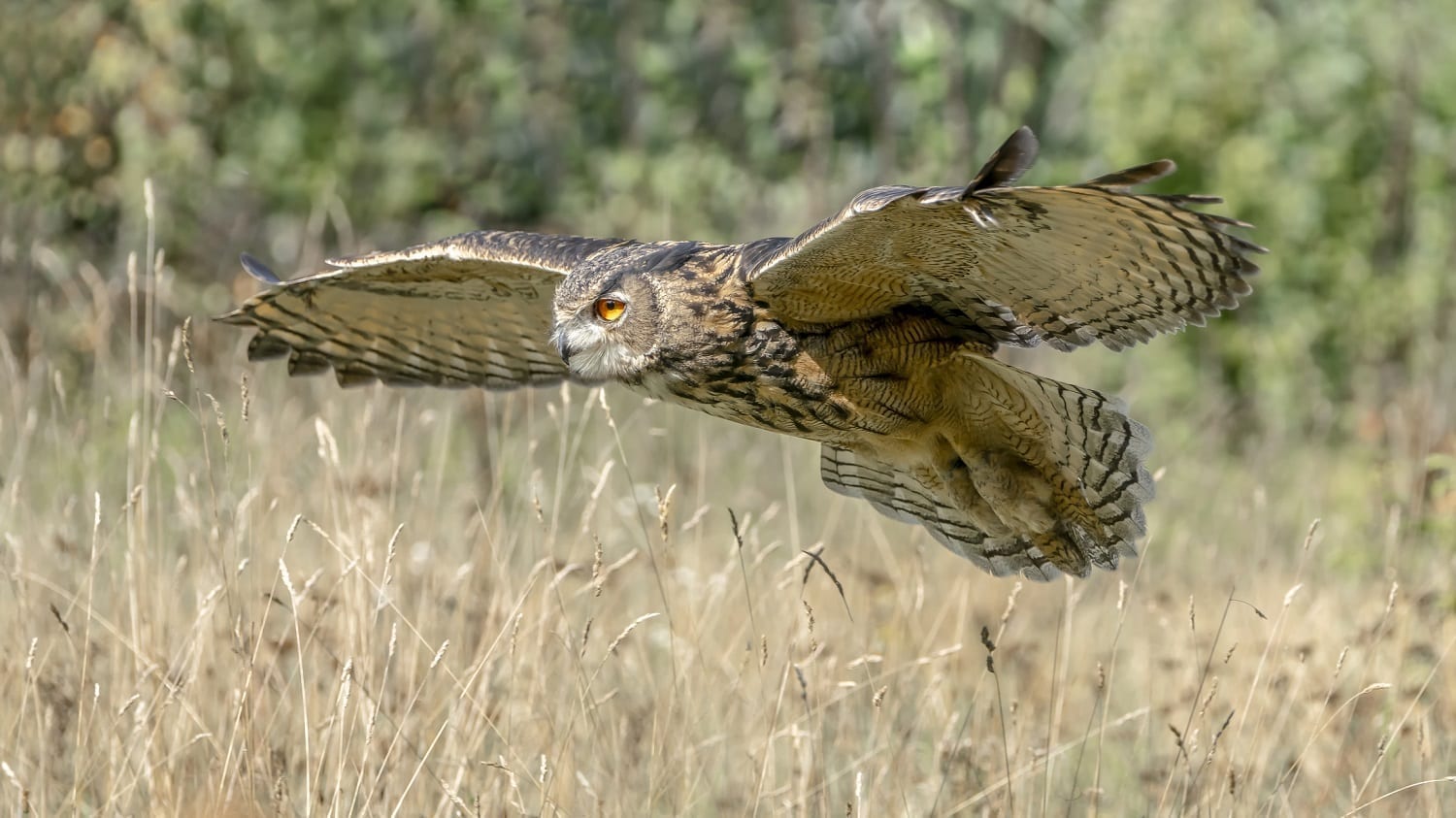 If you ask many people what their favorite bird is, you might get the elegant peacock or the flashy macaw.

But I love owls. Of all the bird species in the world, owls have always been my favorite. Why should they be my favorites? After all they are not as smart as crows and falcons are much better in flight.

I love owls because God has given them incredible tools and abilities to hunt at night.

Before we go into the details, here are a few interesting facts about owls. There are 216 species of owls that live on all continents of the world except Antarctica.

The largest owl is the huge Eurasian eagle owl with a wingspan of up to 5 feet. The smallest is the tiny elf owl weighing in at only 2 ounces.

Owls inhabit all habitats. The pharaoh eagle owl is from the Sahara desert and only the driest parts of the Middle East. The arctic tundra is home to the snowy owl, and the Spectacled owl can be found in the tropical rainforest of South America.

Now let’s look at the tools and abilities that our Creator God has given the owls.

Of all the roughly 9,000 species of birds, no other bird can match the owl in its ability to see in low light conditions. If you have ever wondered about why the owl’s head is so large, it is because the owl needs to fit its very large eyes (and ears) into that head.

In fact, the eyes of the four pound great horned owl is approximately the same size as an adult human. Looking at an owl, you can see it has large eyes, but what you may not know is that most of the eye is behind what you see. The owl’s eyes are very long, which provides a deep focal length that projects a large image size on the retina. This gives owls a built-in telephoto lens that help them see small objects such as mice. The added length also provides high light-gathering capability.

Another aid to night vision is the abundance of light-sensitive cells called rod cells. These cells act like a light magnet, absorbing as much light as possible from what is available from the night. During the day owls’ eyes function the same as most birds, but at night when light is at its lowest, the iris expands to allow more light to enter through the pupil. As a result, far greater light can enter the eye giving the owl superior night vision.

Before the 1950s it was assumed that owls hunted purely by sight.

Then a scientist by the name of Payne built a room that could be enclosed in total darkness. He then put some leaf litter on the floor and acquired a tame barn owl. He put a mouse and the barn owl in the room and turned off the light. After a few minutes, Payne turned on the light and discovered the owl back on its perch with the mouse in its bill. 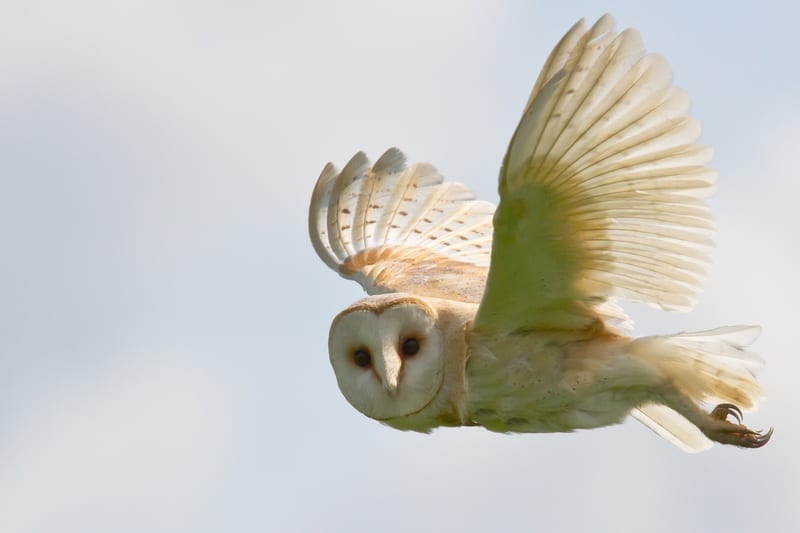 This experiment proved what Payne suspected, that owls also hunt by sound. Most owls have one ear that is slightly larger and is higher on the head than the other. This allows sound to reach the closer ear first, permitting the owl to localize the sound and lock onto the position of prey even when it is hidden by darkness. Scientific studies have shown that owls can differentiate the timing of a sound reaching each ear to 30 millionths of a second. Owls aid in this process by tilting their heads, getting an even more pinpoint location of an unsuspecting mouse. Barn owls were successful 90 percent of the time hunting by hearing alone.

All owls have a facial disk that form a shallow, saucer-like depression which is made of specialized feathers that are vital for focusing and funneling sound to the ear. Feathers within the disc are shorter and more densely packed, aiming sound directly to the ear. Although it would seem a mass of feathers would dampen sound, they actually help transmit sound. Owls even have special muscles to change the positions of their disk feathers to funnel as much sound in the ears as possible.

Owls also have ear flaps, which is a skin flap that is covered with short, densely packed highly specialized feathers. Owls adjust these flaps to help direct sound into their ears as well as close them to keep unwanted sound out so the owl can get some sleep.

When most birds fly, their flight feathers greatly disturb the air causing an audible ‘shooshing’ noise. Most owls have amazing flight feathers that have a comb-like rigid structure along the leading edge. They also have a hair-like soft fringe running along the trailing edge and the tips of the flight feathers. Both of these parts work together to give the owl silent flight by lessening the disturbance of air during flight.

If that wasn’t enough, owls also have fine hair-like down on the upper surface of their primary and secondary flight feathers. This soft down prevents the flight feathers from rubbing against each other, further decreasing any sounds they might make during flight. An unsuspecting mouse, in the dead of night, would never hear the approach of a hunting owl. 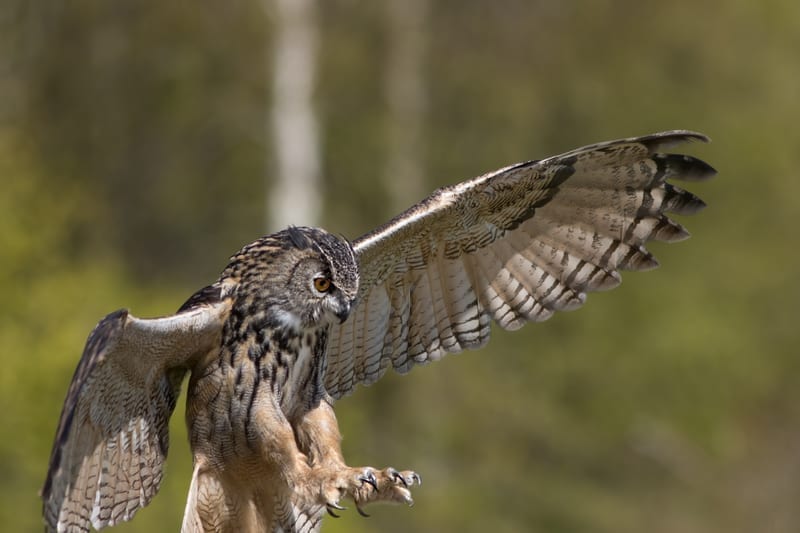 Many birds have three toes pointing forward and one pointing back. Owls have the normal four toes, but two face forward, one faces back and one is reversible, facing forward or backward. A hunting owl will have two outstretched talons in the forward position and two facing back, giving it a maximum area to strike at their prey. In fact, a great horned Owl has a talon spread that spans 31 square inches.

Now that you know the incredible tools and abilities that God has given the owls, I am sure that owls are near the top of your list of favorite birds.

Do you not know? Have you not heard? The Lord is the everlasting God, the Creator of the ends of the earth. Isaiah 40:28a 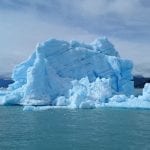