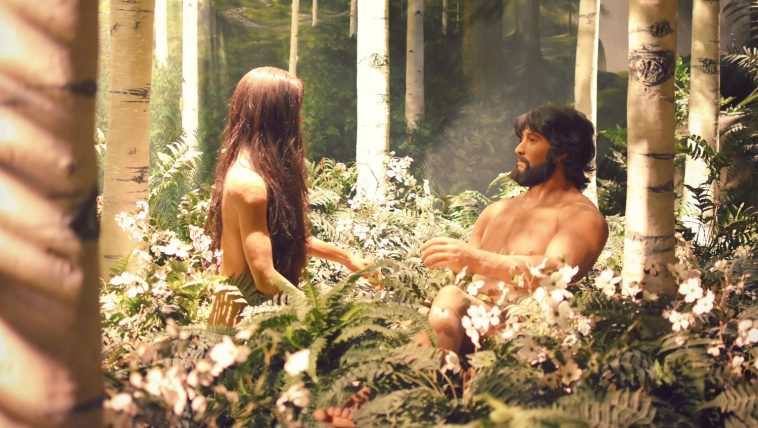 Have you ever been to the Creation Museum in northern Kentucky? I’ve had the pleasure of touring the museum on several different occasions, and I always come away with something new each time.

Some time ago, my grandmother, five other people, and I packed ourselves into a minivan and made our way across the border from Ontario, Canada, to Petersburg, Kentucky. We spent two full days touring the museum, bookstore, gardens, and petting zoo.

The main part of the Creation Museum is the walk-through history. The exhibits take you back to the dawn of creation and walk you through our history.

The final exhibit at the end of the Museum is the Last Adam theater which powerfully ties the entire Museum together in a spectacular gospel presentation. What struck me while I sat and watched the presentation was how well the “7 C’s of History” explain the gospel message to a world that no longer understands anything about the Christian faith.

These “7 C’s,” Creation, Corruption, Catastrophe, Confusion, Christ, Cross, and Consummation, powerfully explain our world and lay a vital foundation for the gospel message.

Creation: Around 6,000 years ago, God created a perfect world in six literal 24-hour days. There was no death or suffering; everything was “very good” (Genesis 1:31). Mankind lived in perfect harmony with each other, with the world, and with God.

Corruption: But, sadly, this did not last. Instead of obeying God’s one command not to eat from the Tree of the Knowledge of Good and Evil, Adam and Eve took and ate. 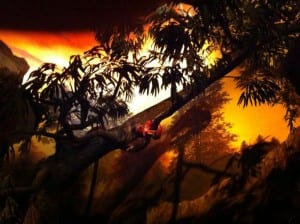 This one act of rebellion brought about a penalty; death, “for the wages of sin is death” (Romans 6:23). Their one act of sin introduced death and suffering into the world. Because of their sin, all of their descendants sin (Romans 5:12), and therefore they all die.

Catastrophe: Well, Adam and Eve’s descendants certainly sinned. A few generations after Adam and Eve, the Bible records that every thought of every person’s heart was only evil all the time (Genesis 6:5) — everyone except Noah and his family.

God judged this wickedness by sending a global flood that destroyed everything except Noah, his family, and the animals aboard the ark. This flood ripped up miles of sediment and laid them down in layers, trapping and burying animals and plants which became fossils. The flood explains geology!

Confusion: After the flood, God commanded people to multiply and fill the earth (Genesis 9:7). But, mankind again rebelled against God and decided to build a city and a tower so that they could stay together. God judged their rebellion by dividing their language so that mankind no longer spoke the same language.

This forced the groups to split up and spread around the world like God had told them to. As the groups spread and became isolated from one another, certain characteristics, such as skin shade or eye shape, became dominant in certain groups. There are not different races—we all go back to Adam and Eve! That’s why we all have the same sin and death problem. 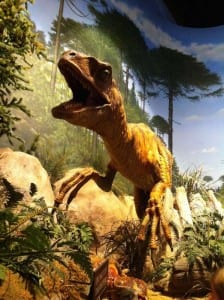 Christ: But God did not leave us with this sin and death problem. He provided a solution by coming down to earth as a baby, born of a virgin. He did what none of us could ever do — he perfectly obeyed God and was without sin (2 Corinthians 5:21).

Cross: Because the penalty for sin is death, every one of us will someday die. But Jesus Christ came and died in our place. He faced death on the cross and took our sins upon himself so that someday those who believe in him will spend eternity with him. We still die physically, but we live forever in heaven with Christ (John 3:16)! This is a free gift from God and not something we can earn ourselves (Ephesians 2:8). To receive salvation, we must “confess 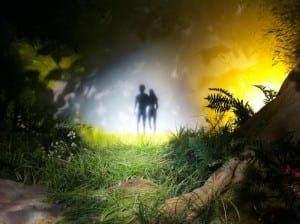 with our mouths Jesus as Lord and believe in our hearts that God has raised him from the dead and we will be saved” (Romans 10:9).

Consummation: Someday, Jesus is going to return once again. He will create a new heaven and a new earth and will judge sin once and for all. No longer will death and sin exist. Instead, God’s new creation will be just like it was in Eden; “very good” without sin, death, or suffering (Revelation 21:4). 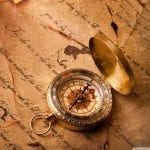 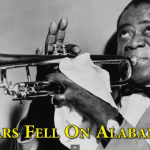