I have been thinking about snow. I love snow; how it covers the earth and creates glistening fields of silver sparkles. The trees look so beautiful outlined in white. I smile as I watch children play, making snow angels or piling up ammunition for the next snowball fight. As children, snow means a day off from school, playing outside and hot cocoa as mittens dry. However, as adults, we tend to just see the inconvenience and extra work instead of a blessing.

Most of us have made paper snowflakes by folding paper and carefully cutting a design. Our desire is to reveal something extraordinary once the paper is unfolded. Just as it is difficult to create two identical paper snowflakes, it would be nearly impossible to find two snow crystals exactly alike. 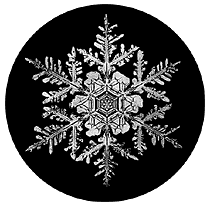 W. A Bentley was fascinated by this unique design and used microphotography to capture the finite beauty of snow crystals. As a boy, he tried to draw them, but they were so delicate his breath would melt them. His parents, seeing his perseverance, used their savings to purchase a special camera to use with his microscope. Using that gift, he spent every snowstorm photographing and studying snowflakes. Through his study and careful documentation of weather conditions, many advances were made in meteorology.

A snow crystal is formed when water molecules attach to dust in the atmosphere. Branches are formed that trap air. The size and shape of a snowflake can show which layer of the atmosphere the drop began. No two snowflakes are ever alike because the conditions in which they were created cannot be exactly duplicated. 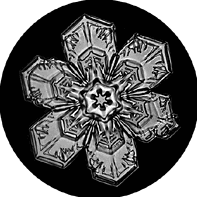 Unique creation. In every single snowflake. In 1925, he said, “Under the microscope, I found that snowflakes were miracles of beauty; and it seemed a shame that this beauty should not be seen and appreciated by others. Every crystal was a masterpiece of design and no one design was ever repeated. When a snowflake melted, that design was forever lost. Just that much beauty was gone, without leaving any record behind.”

His discoveries never made him wealthy. He never won any special awards or honorary degrees. His joy was in sharing with the world the beauty and significance of this seemingly small act of creation. His reward was in knowing that our Creator used a Vermont farmer to reveal something truly extraordinary.

Find out more about snow crystals and W. A Bentley HERE.

Tammara is the mother of 6 children, and has homeschooled for 20+ years. She enjoys her life in the country, and sharing the beauty of God's creation with her family. 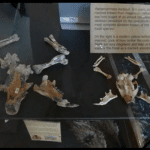 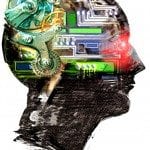