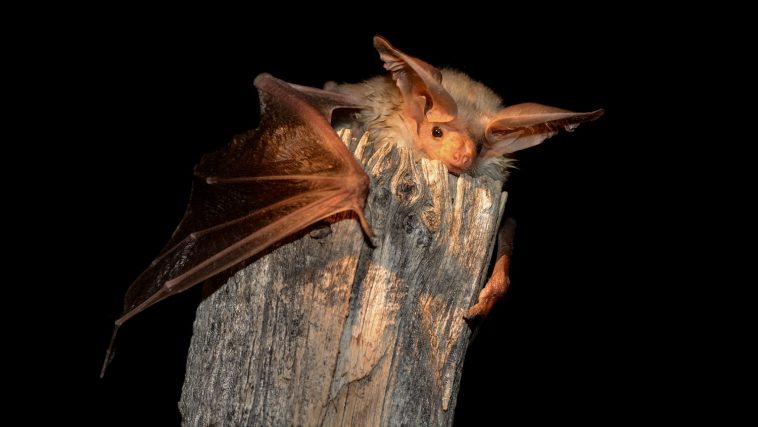 Of all the mammal species, twenty percent are bats. Most bat species live in the world’s tropical forests, where they eat fruit, pollinate flowers, and eat insects. In these rainforests, bats play an important role in the general health of the ecosystem.

Researchers have been asking themselves a puzzling question: how can so many bat species live together in the same tropical rainforest without going hungry?

It is true that many bats eat fruit, but many more eat insects. And it’s a well-known fact that bats use their incredible sonar to navigate and hunt flying insects. But there are only so many flying insects out there. How can there be enough flying insects to feed everybody? A group of scientists went to the country of Panama to look for answers.

While it’s true that bats use high-frequency sounds that they send out (echolocation) to navigate and hunt, many species of bats have the added ability to hear the lower-frequency sounds many insects produce while they move about on the forest floor or in the vegetation of trees and plants. These species of bats have exceptionally large ears and can hunt by sound alone, without the aid of echolocation.

This group of bats is called the gleaning bats.

In many tropical rainforests, there may be numerous species of gleaning bats, so the question remains how do these bats all find enough food?

Researchers found that the solution is niche differentiation. This means that certain bats hunt a certain type of prey. Each variety of prey sends off a different low-frequency sound. All gleaning bats can detect the low-frequency sound waves of a beetle walking through dry leaves on the forest floor, but the frog-eating bat can hear the mating calls of tropical frogs better than most other bats. The white-throated round-eared bat hears best in the frequency range of katydids, one of their favorite foods.

Gleaning bats are also found in the temporal woodlands. The brown long-eared bat lives in most parts of Europe, roosting in tree holes, undisturbed roof spaces, and caves. Like many bats, this insect-loving bat depends on echolocation to navigate and hunt. Its favorite prey is moths which it hunts above the trees.

But the problem is that many moth species have the ability to detect bats’ sonar and will evade capture by quickly changing course or dropping to the ground. So the brown long-eared bat will switch from sonar to hearing alone. This bat can hear so well that it can listen and locate a moth in flight. The amazing large ears of this bat can also hear earwigs, beetles, and other insects moving on tree bark and other vegetation.

There are also gleaning bats in areas of semi-desert or rocky areas. Pallid bats are found in the dry areas from the northern U.S. through Mexico. These bats find cracks and crevices in rocks to hide out in during the day. At night they hunt and eat ground-living prey such as crickets, centipedes, beetles, praying mantises, and scorpions (pallid bats are immune to scorpion venom). This bat will fly three to five feet above the ground listening for moving prey. Once located, the pallid bat will momentarily hover before dropping to the ground to snatch its next meal.

Do you not know? Have you not heard? The Lord is the everlasting God, the Creator of the ends of the earth. He will not grow tired or weary, and his understanding no one can fathom. Isaiah 40:28 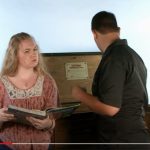 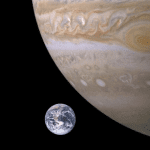