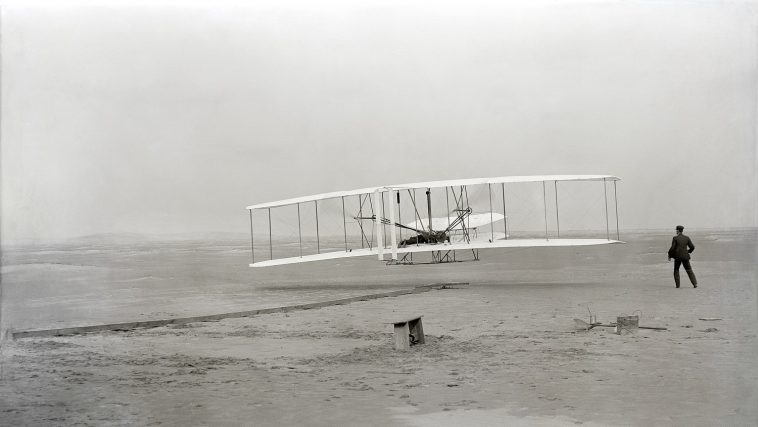 Eleven-year-old Wilbur and seven-year-old Orville waited eagerly for their father to come home from his business trip. The year was 1878 and the reason for the brothers’ excitement was that their father always brought home presents. This time was no exception. When he dismounted his horse and reached in his saddlebag, he brought out a strange-looking toy.

It was about a foot tall and had a shaft through it with a propeller on the top. Toward the bottom was a rubber band to power the propeller. Father instructed the attentive boys to watch closely as he wound up the propeller with his finger tightening up the rubber band. As he released the propeller, it rose eight feet in the air.

The brothers were shocked; they had never seen anything like it before. Wilbur and Orville thanked their father, but after three days of constant use, the toy broke.

“Let’s build one ourselves,” exclaimed Wilbur.
“Sounds great,” agreed Orville, “How do we do it?”
“Well,” Wilbur said thoughtfully, “We will have to make it twice as big.”

After several days of work, they were able to build a duplicate toy twice as big. The brothers wound up the rubber band and gently tossed it into the air. It did not rise up but instead wobbled to the floor. Their mother was watching and suggested that maybe the propeller was put on backward.

The brothers made the suggested adjustment, but again the flying toy failed to rise up. After numerous efforts and making different adjustments, the toy just would not fly.

The boys’ mother offered her insights on the matter which the brothers never forgot. She said that God created certain laws of nature that we need to study and understand. The boys, perplexed, asked her what she meant. The mother explained.

When God created the universe, he also created certain laws so everything would work the way it should. She explained one of the simple laws, the law of gravity, which causes a pencil to fall to the floor when dropped. But there are certain laws that are more difficult to understand.

Wilbur nodded his head and informed his mother that they needed to find out why the flying toy failed to fly.

Wilbur and Orville are grown men and, just as when they were boys, they always loved building things and finding out why things worked the way they do.

The year is 1901, and the Wright brothers have been studying how men around the world have been attempting to invent a flying machine that would carry a person. Each one failed.

Look to the Birds

The brothers remembered the advice of their mother years ago and determined that the secret of flight was found in God’s creation. And the part of creation that would help them the most was how God’s laws allowed the birds to take to the air.

The Wright brothers knew that the way to achieve human flight was to design the wings of their aircraft just as God had designed the wings of birds. After studying the curvature of various bird wings and the flight of each kind, they settled on a design and tested it in a makeshift wind tunnel. Then they built a new aircraft with wings based on that design.

Finally, in 1903, many years of hard work, many failures, and learning and applying God’s laws and designs helped them achieve what people of that day thought could not be done. The Wright brothers correctly believed that their Creator God was the ultimate designer. And by understanding God’s laws and designs, they were able to achieve heavier than air flight.

Whom did the Lord consult to enlighten him, and who taught him the right way? Who was it that taught him knowledge, or showed him the path of understanding? Isaiah 40:14 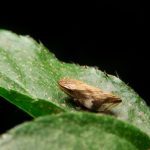