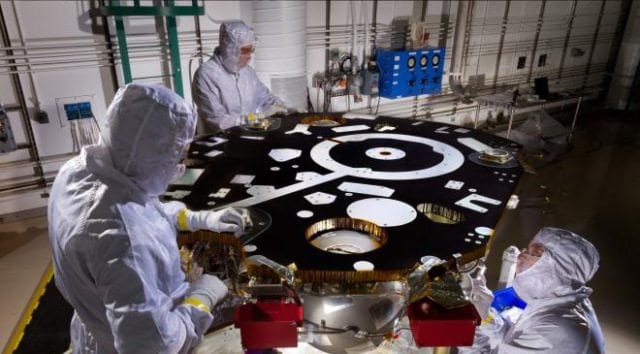 The other day on Facebook, I shared a cool NASA photo talking about the Human Exploration Rover Challenge. Besides this being a cool use of science, I used the opportunity to point out that no one uses random mutations to put together their prototypes. We rely on intelligence and design principles instead.

A little later a nice guy informed me this isn’t always true, there is a project where they use “evolutionary algorithms” to design a better antenna.

I had to check it out.

Sure enough he was right. It’s a cool program, and I’ll share more about it in a minute, but first we’ve got to study a little English.

Dictionary.com Evolution
1. any process of formation or growth; development: the evolution of a language; the evolution of the airplane.
2. a product of such development; something evolved: the exploration of space is the evolution of decades of research.
3. Biology: change in the gene pool of a population from generation to generation by such processes as mutation, natural selection, and genetic drift.
4. a process of gradual, peaceful, progressive change or development, as in social or economic structure or institutions.
5. a motion incomplete in itself, but combining with coordinated motions to produce a single action, as in a machine.
6. a pattern formed by or as if by a series of movements: the evolutions of a figure skater.
7. an evolving or giving off of gas, heat, etc.

Those last three have to do with movement and off gassing. No one’s going to mix up this with what we’re talking about.

Definition #1:
•You are evolving every day. You are growing and changing. Even your great grandma is evolving, but she’s shrinking and changing. That’s evolution. We can see it. No problem.

•Language is fun. Ask different aged people for the “cool” words they used in school. Some of the slang terms people used years ago are pretty crazy! Just a few years ago no one would dream of “googling” anything. My spell check doesn’t even recognize the word. That’s evolution. We can see it. No problem.

•Airplanes, websites, cancer treatments all evolve. People puzzle over a problem, find solutions, share their expertise with others. Things get better. That’s evolution. We can see it. No problem.

Definitions #2 and #4 are the same basic ideas. It happens. We can see the change. No problem.

That’s leaves us with the Biological definition:

Did you know that very few of the adults I talk to know what these words actually mean? But they’re so easy you won’t have any trouble understanding. I’ve got an article to get you up to speed in 5 minutes HERE.

Here’s what NASA says about it:

Among the new technologies to be tested aboard the ST5 spaceraft is an antenna that was designed by a computer running a simulation of Darwinian evolution. This evolved antenna was discovered by an evolutionary algorithm running for days on a supercomputer. Its unusual shape is expected because most human antenna designers would never think of such a design. However, this design works very well in meeting the mission requirements. In addition, this particular design was rapidly evolved after the orbit changed from the original orbit. Each ST5 spacecraft will have one evolved antenna installed.

Let’s see how much “Darwinian evolution” was used to develop this cool and effective antenna. We’ll start at the end of the list of tools:

•Genetic Drift: Did the developers randomly squash some of their antenna to make sure some perfectly good antenna didn’t make it into the final design? Not likely.

•Natural Selection: Did they hang on to only the shapes that worked and scrap the rest? Sure. Natural processes eliminating things that don’t function well enough to survive are guaranteed. But Natural Selection never made anything. It’s like the inspector at the end of the assembly line throwing the rejects in the trash. Important, but not productive.

•Mutations: Dictionary.com says a mutation is, “a change or alteration, as in form or nature.” If they didn’t try out different shapes, this would just be a straight antenna. As you can see, the real model is one mutated antenna.

So, did they really use “Darwinian evolution” to develop this antenna?

Here’s what they didn’t tell you:

The kinds of mutations Darwinian evolution expects to transform an organism into a new one are “random” and “unguided”. They would never allow an Intelligent Designer to be involved. Space forbid, that might lead someone to think there was a god!

The engineers trying to find the best possible antenna plugged a whole bunch of intelligence into their project. If you want to have your brain boggled, have a look at the paper the team put out on their work. They used a whole bunch of math, started out with a set of materials they already knew would work, and even used robots to do the real world testing. The software they developed to test new antenna shapes is called “NASA artificial intelligence (AI) software”.

While researching for this article, I ran into a similar project using “evolution” to develop RNA molecules (RNA: messengers that tell the cell what to build) to do different things in a lab. They started out with the ingredients they wanted to use and knew what functions they wanted the RNA to accomplish. They use a whole bunch of smarts and robots, too. 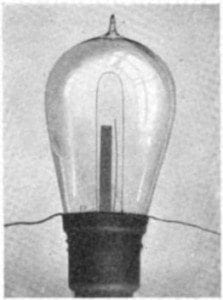 The only random thing about both of these projects was the actual shapes (or series of atoms) being tested. Setting up programs and robots to run through all the possible variations saved a lot of time and extreme boredom.

Remember how the first light bulb was developed? Edison knew what he wanted to do. He knew how the filament needed to act. All he had to do was try out different materials until he found one that would glow without burning up.

If the light bulb was being developed today they would say Edison used Darwinian evolution to do it.

But with the huge amounts of intelligence and planning that went into all these projects, the closest thing you could call this to Darwin’s theory would be Theistic Evolution.

If God was like us, this would have been the way he did things. Trial and error. Quadrillions of failed attempts slowly bringing organisms to the beauty and function they have (or had in the recent past).

He is all powerful. His mind is smarter than every computer and brain on the planet put together. He was able to think through the best way to design every creature on earth without endless trial and error.

No need for eons of suffering and weakness

No need for waste and dead ends

Evolution is true in the human world. We have to try, try, and try again. Even with all the intelligence we have, it’s slow and painful to develop new technologies.

Evolution is not true in God’s world. He spoke and things sprang into being, fully formed and beautiful.

The Lord spoke the command, and the world was made. The breath from his mouth created everything in the heavens. He gathered together the water of the sea. He put the ocean in its place. Everyone on earth should fear and respect the Lord. All the people in the world should fear him, because when he speaks, things happen. And if he says, “Stop!”—then it stops. The Lord can ruin every decision the nations make. He can spoil all their plans. But the Lord’s decisions are good forever. His plans are good for generation after generation. Psalm 33:6-11 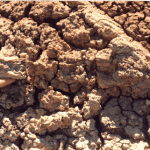 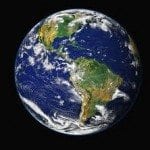