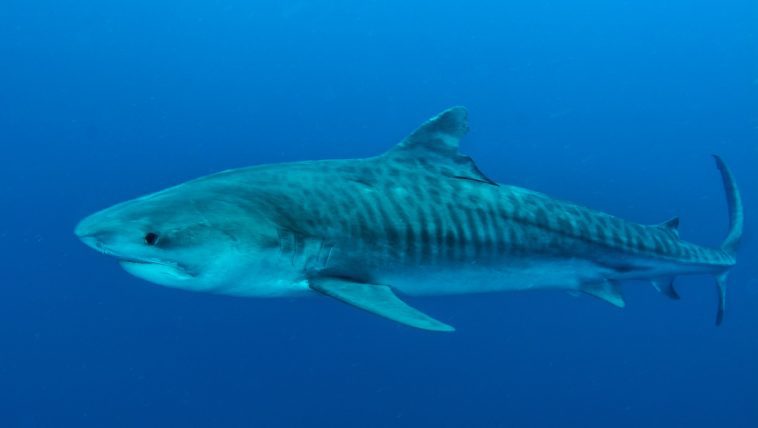 [Originally published in 2015 as Sharks, No Evolution Forerunner]

Sharks get a bad rap. With only a cartilaginous skeleton, sharks were once thought to be the primitive evolution forerunner of the fish, originating more than 400 million years ago during the Paleozoic Era―yet, somehow surviving unchanged. Sharks suffer as stereotypical indiscriminate evolutionary forerunners, surviving only to kill with unintelligent deadly instincts.

A new study on the migratory patterns of the tiger shark, Galeocerdo cuvier, published in Nature, however, further dispels these misconceptions.

For the first time, using satellite-tracking technology, an international research team led by James Lea of the Guy Harvey Research Institute in Florida documents the previously unknown extraordinary long-distance annual movements of the tiger shark between completely different types of environments in the Atlantic Ocean. Tiger sharks prove to be no evolution forerunner of the fish.

Throughout the study, one shark, nicknamed Harry Lindo, traveled an impressive 27,000 miles (44,000 kilometers) which is the longest documented journey for a Tiger Shark”― further than the nearly 25,000 miles circumference of the Earth; not a primitive evolution forerunner behavior. ~Phys.org

Equally impressive is the migration between “vastly different ecosystems” ― a migratory pattern unique to tiger sharks ― at least in the Atlantic. “Few marine fish,” notes Michael Coates of the University of Chicago in a 2012 study, “have been shown to adopt such marked behavioral plasticity in ecosystem use, in particular, repeated within individuals across years.”

According to Coates, the “precise timing and duration of these migrations varied both between years and individuals.” Of the twenty-four tagged tiger sharks Lea studied over a period of two years, twenty tagged adult males demonstrated a consistent, individualized seasonal migration pattern.

“The predictable migratory patterns and use of highly divergent ecosystems shown by male tiger sharks,” Lea explains, “appear broadly similar to migrations seen in birds, reptiles and mammals.” Such scientific evidence challenges the misconception that sharks are simply evolutionary forerunners.

Complementing the individualized migration paths of the tiger shark, each male selects its own destination in the mid-North Atlantic. “Even though they’ve got a whole range of islands to choose from, it seems like each animal has its favorite winter spot,” said co-first author Mahmood Shivji of the Guy Harvey Research Institute.

Tiger shark migration patterns fail to follow any evolutionary transition model. Coates reports: “the behaviors displayed by the tiger sharks migrating between tropical islands and distant, higher latitude, temperate oceanic zones are seemingly more similar to some turtle, bird and mammal movements than to other fish.”

The migration pattern between the different types of animal groups demonstrates a mosaic pattern of nature, not an evolutionary pattern.

The varying migratory patterns undermine the “slight, successive” changes advocated by Charles Darwin in The Origin of Species. Progressively more complex changes, starting from Darwin’s simple “warm little pond,” the cornerstone theory of the evolution industry, are founded on a philosophy ― not scientific evidence.

Why tiger sharks migrate such distances is not known. “There’s got to be something really good up there to make the sharks undertake such massive, repeated swims, but exactly what is a puzzle,” said Shivji.

Tiger Sharks are thought to migrate using the ampullae of Lorenzini; a specialized electroreceptor gear used for detecting electric fields in the water. 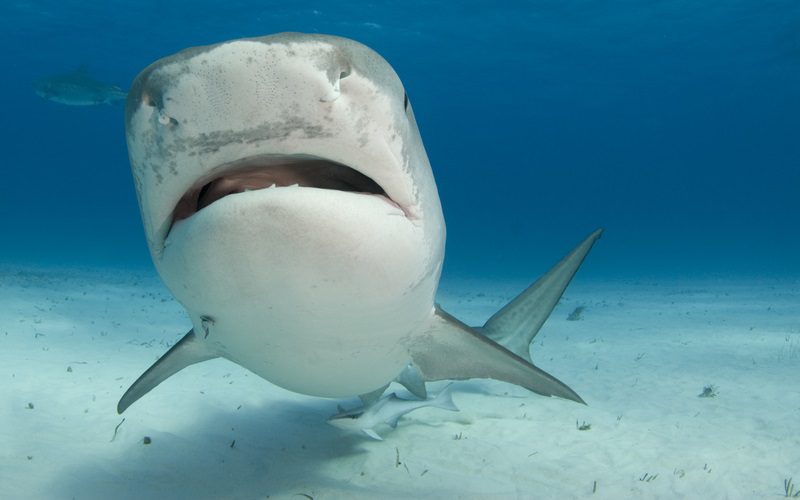 Each ampulla consists of a jelly-filled canal opening to the surface by a pore in the skin and ending blindly in a cluster of small pockets full of special jelly. These pores, visible as dark spots on the skin, detect electromagnetic fields along with temperature gradients.

By detecting the electrical fields produced by the earth’s magnetic field, sharks navigate to specific destinations.

Scientists, however, have yet to discover any scientific evidence of transitional links or a common ancestor associated with the evolution of these electroreceptor pores. In evolutionary terms, according to Lev Fishelson of the University of Tel Aviv, for the origin of the ampullae of Lorenzini, there exists a “dichotomy of their evolution” ― they are not a product of progressive evolutionary sequence.

While studying tiger sharks, among the largest and most recognized sharks on the planet and often nicknamed the “man-eater shark,” the evidence for their biological evolution, presumably over a period of 400 million years, is far from forthcoming.

Biophysicist Lee Spetner of Johns Hopkins University, in his new book, Evolution Revolution (2014), comments on the current state of the theory of evolution,

I [have] continued to feel there is something not right about the theory of evolution… since “there is no evidence for Common Descent.

Scientific investigations continue to underscore a highly complex mosaic pattern of nature ― evidence that is compatible with the Genesis account of creation. Tiger sharks are certainly no evolutionary forerunner of the fish.

Evolution exists as a philosophy, not as a valid scientific theory. 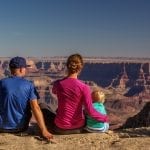