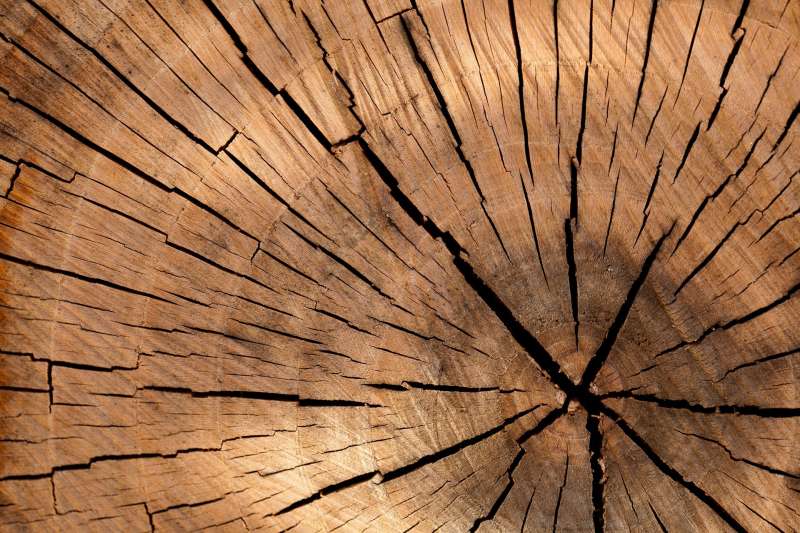 Tree rings are used to determine the age of trees.  Some dates go significantly beyond the traditional date for the Flood (2348 BC per Ussher).  Tree rings are fickle and so is radiocarbon dating.  Two trees were dated by radiocarbon, the known ages were 580 AD and 575 AD, the 14C dates differed by 400 years.1  A number of issues plague tree ring dating: 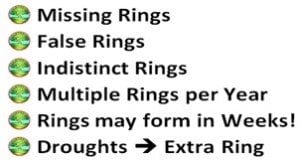 Do thin layers in the rock record indicate tens of thousands of years of time?  In 1979, Kenneth Hsu (Catastrophes, Dinosaurs and Evolution) co-authored a paper in Sedimentology on “varves” in a Swiss lake.  These thin bands of sediment are often thought to represent annual layers.  Hsu found five “varves” in a single year and concluded they formed rapidly by a catastrophic turbid underwater flow.2

A flood in Colorado in 1965 deposited 100 layers and a 1960 flood in Florida deposited six inches of mud with a number of thin layers.3  In some cases the multiple thin layers can be dated by radiocarbon, but the dates don’t match!  The 14C dates are selected.  The Touchet Beds in Washington are 300 foot thick and have multiple thin layers produced by the MegaFlood that made the Channeled Scablands.  That is, the deposit was formed catastrophically and these layers do not represent annual bands.

In the Green River Formation there are two volcanic ash layers which are time markers.  In one place there are 1089 layers and in another 1566 layers.4  This makes no sense if the layers are annual.  In the Green River deposits we find fish, turtles, lizards, crocodile-like creatures and even birds.  These fossils imply rapid burial, otherwise decay and predation would have occurred. 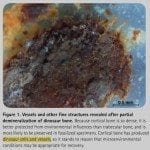 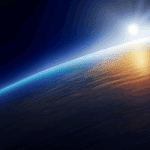