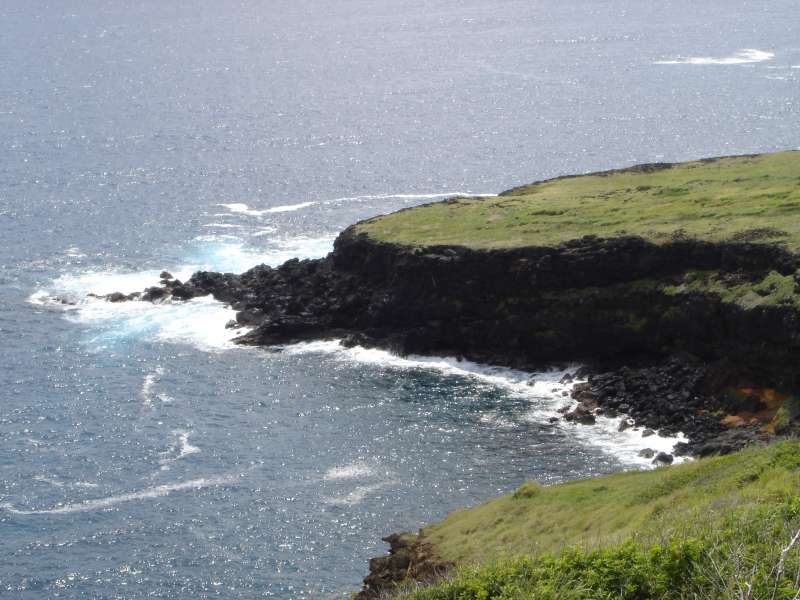 Mark and Louise Roberts bought the historic Belle Tout lighthouse at Beachy Head, UK, in 1996. Located near spectacular 100-m-(300-ft-) high chalk cliffs, just like the White Cliffs of Dover 90 km east along the coast, they turned it into a bed and breakfast. Selected guests would spend the night atop the stone tower, and watch the sun set.1,2

Late in 1998 their dream turned into a nightmare when a large piece of the cliff fell into the English Channel. The couple fled in the night, leaving their home perched precariously just 3 m (10 ft) from the edge. Four months later, engineers saved the structure by moving it 17 m (55 ft) inland. But they warned it may only be a matter of decades before it needs to be moved again.3

Mark and Louise had not appreciated how quickly the cliffs erode.

In 1832, Belle Tout was built about 30 m (100 ft) from the edge. Its location was set so sailors would see the light disappear behind the cliff if they came too close. On average, the sea has eroded one metre of the cliff every six years. In fact, erosion keeps the cliffs white by preventing grass, shrubs and trees from growing.

The Roberts are not alone. Most people don’t appreciate the significance of erosion, and how quickly land is disappearing into the briny deep. Whole villages on the English coastline have been lost, and locals are used to seeing houses teeter on the edge.

Whole villages on the English coastline have been lost …

Mainstream geologists say the billions of tiny crushed shells that make up the White Cliffs of Dover were deposited during the Cretaceous period (the age of chalk) that concluded 65 million years ago. It’s instructive to do a simple calculation. If the cliffs have been eroding at one metre every six years since the end of the Cretaceous, more than 10,000 km of coastline would have eroded away. That’s like the distance from London to Cape Town, or nearly from Los Angeles to Sydney, Australia.

People speak about millions of years so easily. It rolls off the tongue. But when we think about what these unimaginable eons of time actually mean, we find they do not match what we observe. The erosion we see on the coastlines all over the world is not consistent with the idea of millions of years. It is consistent with a process that has only been working for thousands of years, since the end of the global Flood described in the Bible—a process that started about 4,500 years ago.

Since Roman times, the sea has eroded some 3 km of the mid-east coast, destroying many villages in Humberside, UK.1 On average, about 1.5 m of land has disappeared every year. One million years at this rate would see 1,500 km eroded, more than the entire width of England and Ireland. Clearly, this rate of erosion has not been going on for that long. Coastal erosion does not fit with millions of years, but with the timeframe of the biblical Flood, which ended about 4,500 years ago.

When the Cape Hatteras Lighthouse (right), on the Outer Banks of North Carolina, USA, was built in 1872, it sat about 550 m (1,800 ft) from the shore.1 Standing an impressive 63 m (208 ft) tall, the brick structure was painted in a distinctive black-and-white, candy-striped pattern. In 130 years, erosion of Hatteras Island brought the sea to within 35 m (120 ft). In 1999, the National Park Service moved the structure 900 m (over half a mile) to safety. It should take the ocean a hundred years before it gets within striking distance again. In one lifetime, coastal erosion seems slow, but in relation to the age of the earth, it quickly tells a young-age story.2

Coastal erosion in the USA

Coastal erosion is a world-wide problem. Up and down the United States coastline, residents are worried about undermined cliffs, vanishing beaches and houses toppling into the sea.1 Message of the Apostles

Coastlines down under in Australia are constantly changing too. In January 1990 one of the tourist attractions off the southern coast of Victoria crumbled without warning.1 Part of a double-arched rock bridge called London Bridge, collapsed seconds after two people had walked across, leaving them stranded high above the ocean on the newly created stack. They were plucked to safety by helicopter. Without a helicopter, it is hard to imagine how they would have been rescued from 50 m (160 ft) above the ocean.

In July 2005 another rock-fall in the same area caught the attention of the nation. One of the famous rock formations called the Twelve Apostles collapsed into the foaming waves, leaving only eight still standing.2 Everyone is told the coast started forming 20 million years ago, so the dramatic disappearance of the rocky landmark caught people by surprise. One ranger said he did not expect erosion to happen in his lifetime. Obviously erosion has not been going on for millions of years. 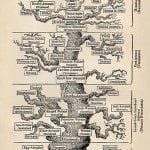 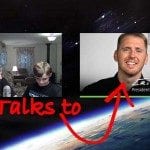