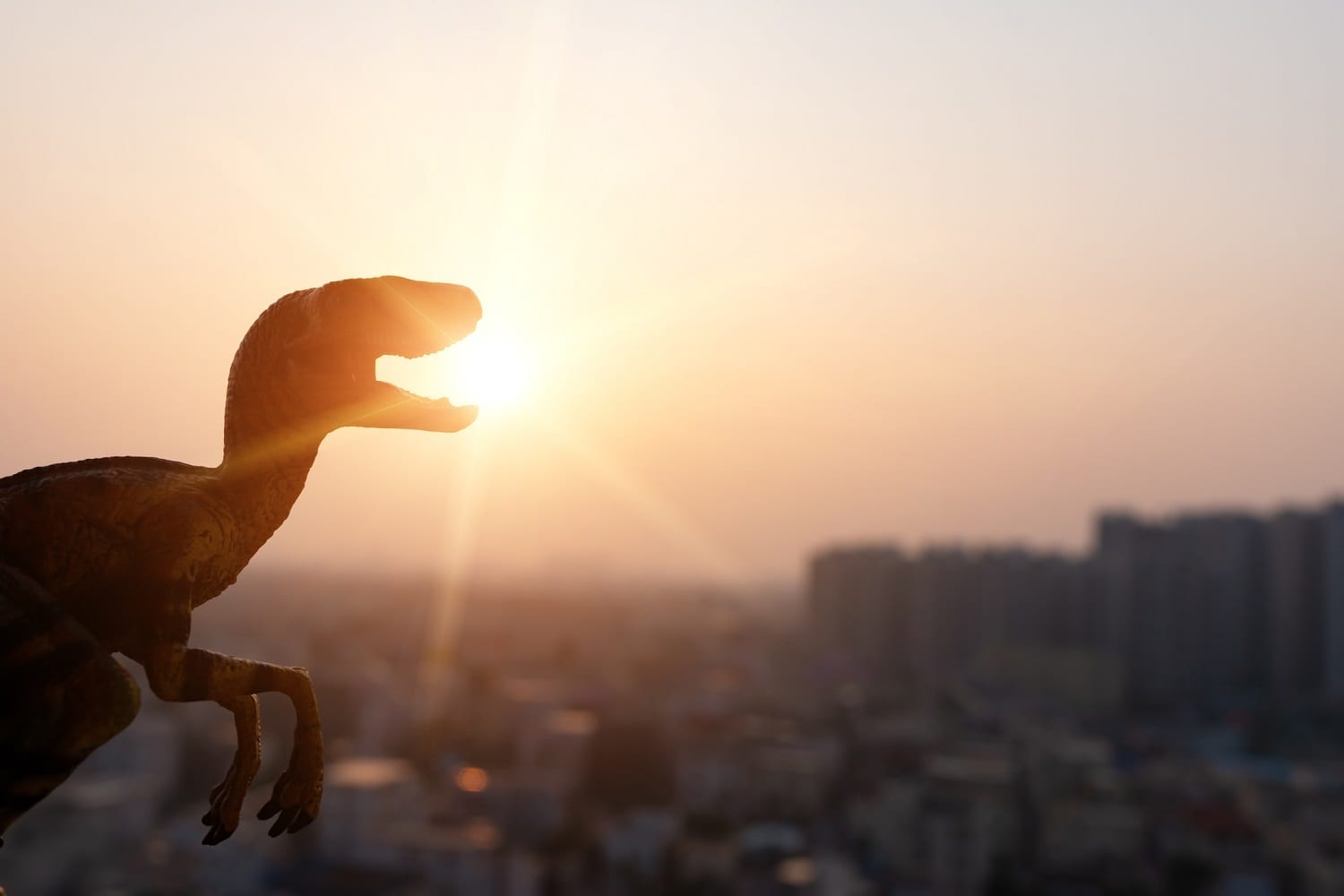 silhouette of velociraptor and buildings in sunset time

[Originally published as The New Alchemy]

My favorite film for many years was Jurassic Park. I spent untold hours watching that movie: first a child enthralled by the magical collision of biotech and paleontology, later a young adult captivated by the possibilities. In spite my dedication to that tale, there was a certain line uttered by one of the main characters that I overlooked, a line that now rings within my heart like few others from that Spielbergian masterpiece.

In the quiet dining hall, the characters Ellie Sattler (portrayed by Laura Dern) and John Hammond (Richard Attenborough) are discussing the disaster they have found themselves in, the terrors lurking in the dark jungle beyond the bounds of their tenuous sanctuary, the lives of so many at stake. In defense of his dream, Attenborough’s character waxes nostalgic, telling of his past endeavors, his rise from poor obscurity to cutting edge entrepreneur. As a wave of determination swept over him, his demeanor hardened, and leaning forward he said, in a hushed but nonetheless declarative voice, that,

“Creation is an act of sheer will…”

The line for me, until rather recently, was simply a verbal epilogue to his reminiscence. Now though, despite whatever the character’s actual motivations for the statement, I see that he was profoundly correct. 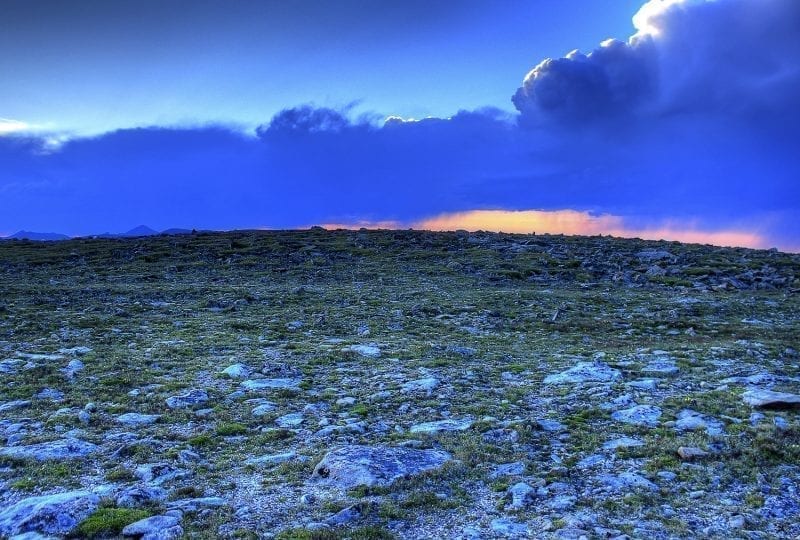 You see, life flourishes on our planet. From the dark and oppressive abysses of our ocean trenches to the snowy peaks of the Himalayas, life manages to find a foothold in some capacity. It seems indomitable, for in spite of countless natural and manmade disasters, life relentlessly creeps back in. The profound tenacity of life has lead many over the last few centuries to seriously consider its ultimate origins.

Today, by and large, the secular world has embraced the notion that life naturally evolved at some point in the past. As for that, most academics tend to believe that this miraculous event took place some 3.8 billion years ago in the warm shallow seas of our young planet. From those first simple cells came the vast and incomprehensible diversity of life we see around us and throughout the fossil record.

Now, looking to the future, a few researchers have taken to their shining white laboratories, armed with the latest algorithms and synthesizers, to try their hand at a miracle: to create new life themselves.

The first tentative results of their efforts were reported to much excitement in 2010. At that time, Dr. Craig Venter, a researcher well-known amongst various circles due to his particular involvement with the Human Genome Project, and his team at the J. Craig Venter Institute in California announced the development of the first ‘synthetic organism.’ ‘JCVI-syn1.0,’ as it was dubbed, was the first viable, self-replicating product of Venter and his collaborators, the living result of ten years of research and an estimated price tag of some $40 million.¹

In the weeks that followed, excited accolades mingled with whispers of defiled ethics and persistent fears. Many across academia were all too happy to weigh in on the matter. One voice amongst many, that of Julian Savulescu, the Professor of Practical Ethics at Oxford University declared:

Venter is creaking open the most profound door in humanity’s history, potentially peeking into its destiny. He is not merely copying life artificially … or modifying it radically by genetic engineering. He is going towards the role of a god: creating artificial life that could never have existed naturally.

There was however something left unsaid amongst the reports.

Though the announcement came with great fanfare, the reality of the situation was that, JCVI-syn1.0, the proclaimed ‘dawn of synthetic life,’ was hardly the achievement that it was made out to be. In fact, this first ‘synthetic life form’ was little more than the result of the genes being removed (or otherwise chemically copied) from one bacterium and then implanted within another. The biggest changes came in the form of implanted genetic ‘watermarks’ which had been written in a nonfunctional molecular code.

While Venter continues even today to pursue his goal of creating completely new life, others have seen a more promising route into the pages of history through new techniques such as CRISPR-Cas9 (an easy-to-use application that allows for the radical transfer of functional genes across biosystems), a process which may soon enough allow, as some have suggested, for the creation of unprecedented life forms.²

Even so, despite our best researchers’ efforts—regardless of the boundary-pushing technologies they have at their disposal—true and authentic creation, appears distant at best. What we are witnessing with the rise of synthetic biology is nothing short of the institution of a new alchemy, a seemingly fruitless quest to change the mundane into the extraordinary.

While we could leave the discussion at that, there is something quite profound that reveals itself in our failed efforts to create life. 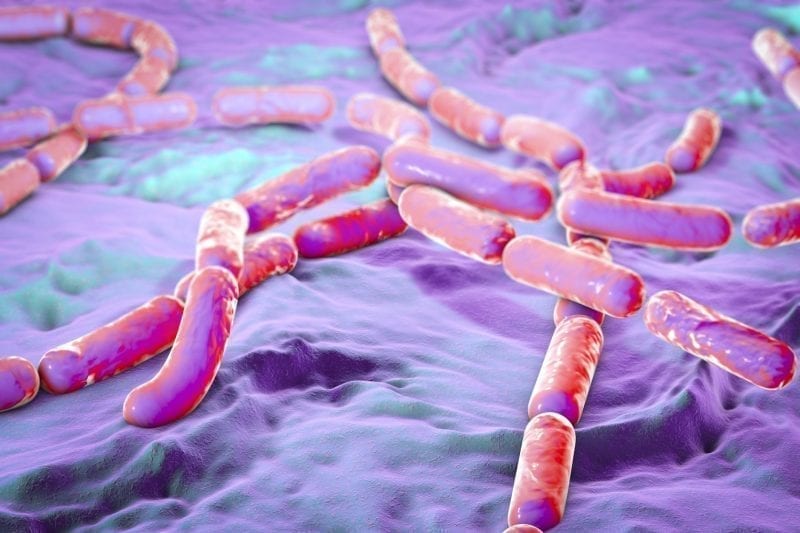 Let’s face facts: the best attempts thus far in the field of synthetic biology, while certainly provocative, have essentially been exercises in reconstruction—little more than building upon what already exists. Venter’s JCVI-syn1.0 was a bacterium synthesized primarily from existing bacterial components and a few nonfunctional genetic additions, while the new work being done with CRISPR-Cas9 is simply an application of targeted modifications, taking existing organisms and reconfiguring their genetic framework to establish desired results.

“So what?” you may say, but the really stunning revelation comes when we realize that, despite all our high technologies—conditions maintained to perfection within the controlled confines of our laboratories, countless hours of trial and error by diligent staff and technicians—we have not created life from scratch. Nothing truly new has been, or is being, created through our efforts!

The products of our greatest minds have yielded only new iterations of preexisting life. That said, the question then becomes,

How did it happen in the first place then?

Naturalism, that fundamental framework for mainstream biology, insists against all evidence that life arose through natural forces alone: an infinitesimally unlikely yet abundantly happy accident upon the shores of a primordial world. In which case, what are we to make of the situation we find ourselves in, technologically speaking,

and time and again they utterly fail at seeing the rise of new life forms?

We should be left with a simple conclusion:

If we cannot do it amidst the advanced state of our technologies, how then could it have happened on its own in a hostile world, a chemical reaction amongst countless others that ultimately led to consciousness?

I personally see no evidence within the pushed data that such is possible. Life, I’m sure, could not have arisen naturally. Some outside force greater than that which we can intellectually reconcile from our materialistic vantage must have intervened and brought forth organic life from inanimate chemical components.

Creation, as we were assured by Richard Attenborough’s character in Jurassic Park, is an act of sheer will.

Whose will, then, was it in that first creation, the act that saw life appear and flourish across our world?

While the doors beyond that consideration are wide open for personal exploration, I will leave you with this:

there are countless voices that offer explanations for the advent of life, countless religions and secular worldviews that seek to open the mind to the possibilities (or otherwise beat you into intellectual submission),
but after all my own research and study and personal engagements, I have only found one position that perfectly (yes, perfectly!) bridges all realms of science, history, philosophy, and experience,
and that singular worldview is Christianity.

As preposterous a claim as it may be to some, there is much to be said for not only the straightforward interpretation of the Bible, but also the vast and compelling body of genuine research that supports its claims of creation. For those interested in that research, I would direct you to the Institute for Creation Research, Creation Ministries International, and the well-known Answers in Genesis. From personal experience, I can assure you that it is a matter that calls for clear consideration, not immediate dismissal.

All that said, we have little doubt about what the researchers on the new frontiers of biology hope to achieve,
but ultimately I am forced to wonder if they have thus far failed in their quest because they simply are trying to harness a power that doesn’t belong to mankind… 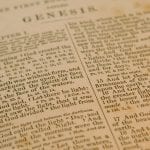 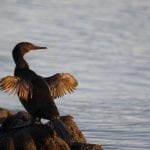