[Originally published in 2016 as A Really Undeniable Book, Written By a Real Scientist]

He did his undergraduate work at the University of California, Berkeley and got his Ph.D. in chemical engineering from Caltech. His thesis was focused on molecular biology, which is why you find his scientific papers published in The Journal of Molecular Biology, PloS One, and Biochemistry. He is also a co-author on a paper that appeared in the Proceedings of the National Academy of Sciences of the United States of America. Currently, he is the director of the Biologic Institute, which is a research organization that encourages its scientists to do their research from an Intelligent Design point of view.

He is also one of the authors of Science and Human Origins, a book that surveys the evidence for human evolution and concludes that humans cannot be the result of an unguided, neo-Darwinian process. I recently had the pleasure of reading his latest book, Undeniable: How Biology Confirms Our Intuition That Life Is Designed.

The first thing you might notice about the book is its main title, which is the same as the main title of an error-riddled book written by Bill Nye. While Nye likes to call himself “The Science Guy,” some of his behavior is decidedly anti-science (see here and here, for example), and his book makes it clear that he doesn’t try to understand some of the issues that he discusses publicly.

Unlike Nye’s book, this book is written by a real scientist who actually does educate himself on the issue about which he is writing. Indeed, most of what he writes in this book is directly related to the scientific work he has published over the years.

Before getting into the meat of the book, I think that a personal story he shares is worth noting. While he was a graduate student at Caltech, one of his final exams asked which biological molecule was likely the first “living” molecule. In other words, the person writing the exam wanted the student to relate what was currently the most fashionable conjecture regarding the origin of life. Here is how he describes his answer and its result:

I decided to give the expected answer in full and then – for extra credit – to state why I found that answer unconvincing. I explained why, contrary to the consensus view, I didn’t think any molecule has what would be needed to start life. As shrewd at that seemed at the time, I learned when my exam was returned (with points deducted) that we students were expected to not only know current thinking in biology but also accept it without resistance. We were there as much to be acculturated as educated. (kindle version, Chapter 1, emphasis his)

That is so true. If you ever wonder why so many scientists resist new thinking in the origins debate, it’s because they have been taught to resist it! Fortunately, some scientists (like Dr. Axe) don’t take that lesson to heart. Instead, they do what scientists should do:

Question the existing paradigm when the data speak against it.

Big Ideas from the Book

While he does have some other personal stories about his unconventional scientific career sprinkled throughout the book, he focuses on our intuition that the living organisms we see are the result of design.

He starts with an interesting analogy. He says suppose someone claims to have found “oracle soup” – an alphabet soup that is boiled in a pot covered with a lid. When the lid is removed, a message appears in the soup that gives complete instructions for building something new and useful. If you actually saw oracle soup in action, you would clearly not believe that random boiling produced those instructions. Yet, origin-of-life researchers want you to believe that the complex instructions for building the first “simple” life form came from random interactions in some sort of “primordial soup.”

Axe refers to “oracle soup” throughout the book, reminding the reader that you don’t have to be a scientist to be skeptical of certain scientific claims. For example, after describing how much information we can expect random processes to produce he says:

In other words, when there is too much information, you should realize that there is no way random processes could have produced it. Sure, random processes can alter information, and sometimes they can alter it for the better. Indeed, he discusses how an evolutionary process in one of his experiments took a protein that didn’t do its job well and converted it into a protein that could do its job incredibly well. However, random processes could never have produced the original, poorly-working protein, because even a poorly-working protein represents significantly more information than could ever be produced by random chance.

Now please note that Axe doesn’t just tell you that a poorly-working protein cannot be produced by random chance and natural selection. He shows you why. He describes different systems that are analogous to how a biochemical system would “search” for a useful protein using random mutations acted on by natural selection. He then takes his own published scientific research on proteins and converts the numbers he got from that research into probabilities that are applicable to those analogous systems. In all cases, the numbers tell us that it is simply impossible for the search to be successful unless the search field is narrowed down considerably.

His conclusion is that while evolution can “tinker” with a protein and make it better than it was initially, it can only do so when the starting chemical with which it is working already has a lot of the configuration that it needs to get the job done.

While Axe’s book is not as wide-ranging as many other books that have been written about the origins issue, it is quite powerful. It takes the “nuts and bolts” of evolution and demonstrates rather convincingly that there is simply no way that random processes could be the driving force. In other words, living things appear to be designed because they are, and while scientific research clearly confirms this fact, you don’t need to be a scientist to realize it. 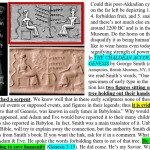 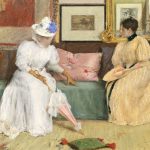