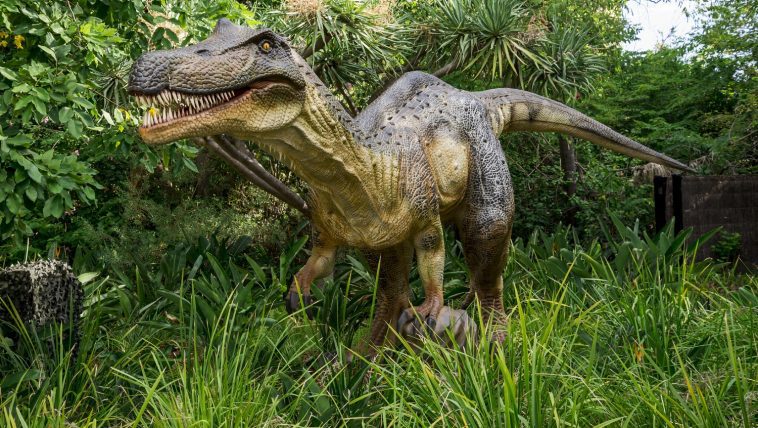 [Originally published as What Dinosaurs Ate]

According to the Bible, plants, including grasses, were created on Day 3 of Creation Week–that is, in the beginning. This makes sense, knowing all of the plant-eating animals would need to eat right away, at least within days, after their creation on Day 6. The Bible tells us that all land animals ate only plants until the time of the Fall:

We suspect from findings of tooth marks and other evidences on fossilized bones that some dinosaurs ate other animals during the time period between the institution of the curse and the global flood.

Evolutionary paleontologists have adopted the geologic timeline abstraction, which forces them to imagine all sorts of evolutionary stories for how things came about naturally over deep time.

Secular scientists admit that their ideas about the diets of dinosaurs are based primarily on inferences and speculation. Tooth design, inferred jaw mechanics, and general morphology, along with a few cases of what are thought to be preserved stomach contents, are the primary “direct” evidences used.

Grasses were not supposed to have evolved until ten million years after the last dinosaur went extinct 65 million years ago. According to this scenario, no dinosaur ever saw, let alone ate, a single blade of grass. I remember in the last century how artists were carefully watched to ensure no grass ever sprouted in any artistic rendering that included a dinosaur.

However, scientists in this century have discovered the remains of various kinds of grasses in droppings (coprolite). It does seem that, if the coprolite can be determined to be from a dinosaur, and the grass remains are valid inside the coprolite, then the evidence is that the timeline has been shown to be wrong once more.

Besides these, the depositional environments in which dinosaurs are found have often been used to form dinosaur diet speculations. Of course, creationists would discount depositional environments as being good indicators of dino diets since the flood would likely have moved the dino bones for long distances and mixed ecological surroundings to a great degree. In fact, Ryan and Vickaryous do conclude that “all speculations about dinosaur diets should be taken with caution.”

Another evolutionary assumption has been that flowering plants did not evolve until 135 million years ago. This idea has also been thrown out the window since fossil pollen grains have been found in rocks much deeper down in the rock record than the dinosaur layers.

According to the evolutionary timeline, these pollen grains were in rocks 240 million years old. This is not a problem for the creationist using the biblical presupposition that most, if not all, of the sediments of the rock record are a result of the global flood some 4500 years ago. But it is a 100 million year conundrum for the evolutionist.

Morphing with the Times or Standing Firm?

The theories of evolution are totally elastic concepts, and we can be sure that eventually, they will be modified one way or another to accept these new findings. Thankfully, for the Christian, God’s Word does not change, and we are not continually bombarded with conflicting scientific evidences that cause us to remake the doctrines that support our worldview. 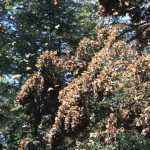